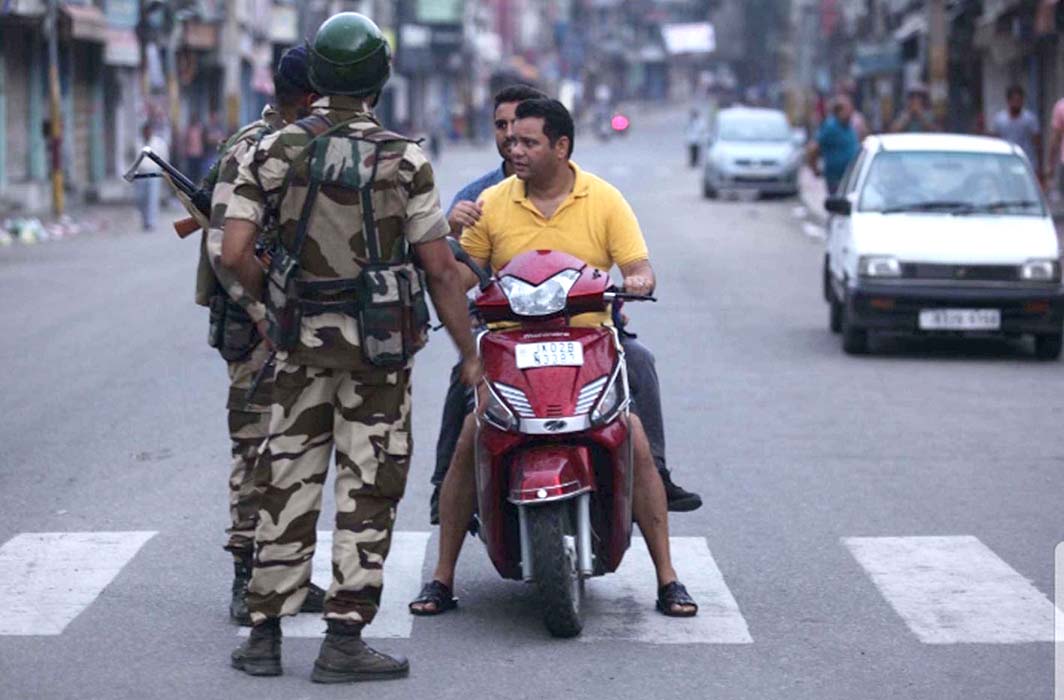 The Supreme Court on Tuesday refused to interfere with the restrictions placed by the government in Jammu and Kashmir and has adjouned the matter by two weeks.

The court said it was of the opinion that the government must be given some time to restore normalcy in the state  and that the court must get an idea of the real picture before any order can be passed. “Every pros and cons has to be considered in a matter like this. Who will be responsible if something really bad happens tomorrow.   Govt would also want normalcy as soon as possible”, the court said while hearing a petition filed by activist Tehseen Poonawalla questioning the “regressive measures” adopted by the government before the abrogation of Article 370, by which special rights and privileges accorded to the people of Jammu and Kashmir were scrapped through a Presidential Order on August 5.

The government, within hours of announcing the notification of the Presidential Order on August 5, tabled the Bill to reorganise the State of Jammu and Kashmir into two Union Territories — Jammu and Kashmir and Ladakh. The Bill was successfully passed in Parliament.

The petitioner  had not expressed an opinion on the amendment to Article 370 but objected to measures adopted by the government, including the snapping of communication and restrictions imposed on media Jammu and Kashmir. He has sought the setting up of a judicial commission to enquire into the government action and also the release of leaders including former chief ministers Omar Abdullah and Mehbooba Mufti.“The inhabitants of J&K are suffering on account of unwarranted imposition of curfew and/or restrictions under Section 144,” he  had said.