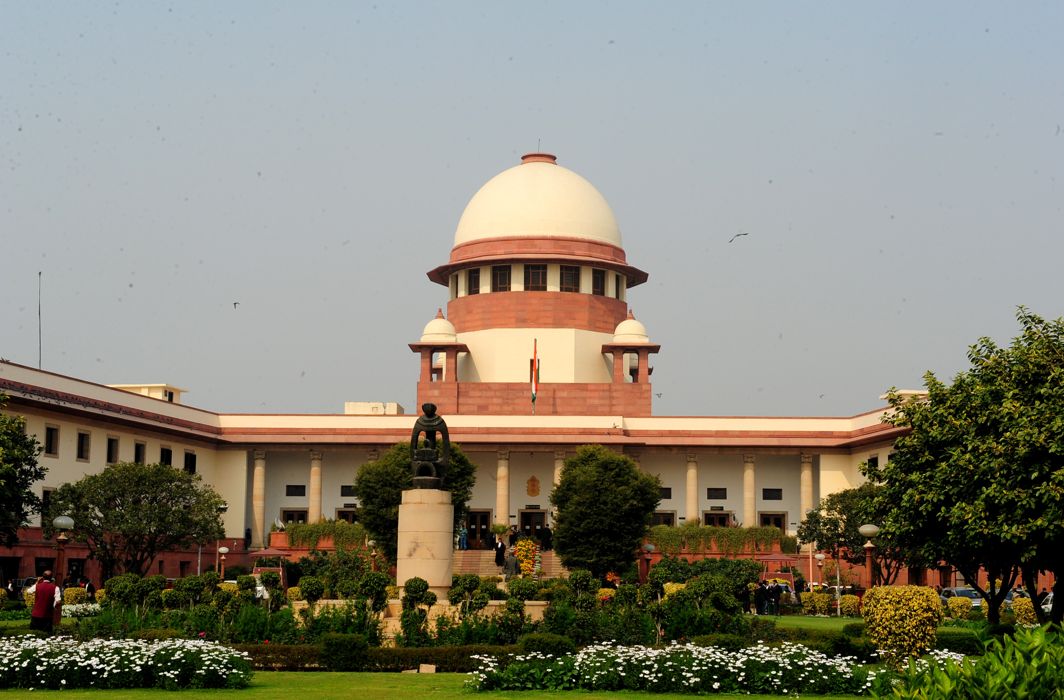 Their warrants of appointment were signed by the President last night.

With the appointment of these judges, the SC tally of judges has gone up to 25, still short of six vacancies.

It may be recalled that these judges’ name were cleared by Collegium on August 2 and the process of the issuance of presidential warrants for their appointments were set in motion soon after.

Among the three judges, the elevation of Justice Joseph to the top court remained the contentious one and it took nearly eight months for him to finally get the coveted post.

Joseph’s name was sent by the Collegium to the government on January 10 along with the recommendation of the elevation of senior advocate Indu Malhotra to the top court bench. While agreeing to the elevation of Malhotra, the government had held back its green signal for Justice Joseph, saying there were others senior to him. This created massive heartburn on either side and it had become a rather contentious issue, from which the Supreme Court did not want to backtrack.

Meanwhile, it may be noted that this is the first time in the history of the Supreme Court that the bench comprises three women judges. Justice Indira Banerjee is the eighth woman to be on the top court bench. At this point the other women judges in the top court are Justices R Banumathi and Indu Malhotra. Before this there had been only a maximum of two lady judges in the Supreme Court at a time (twice). 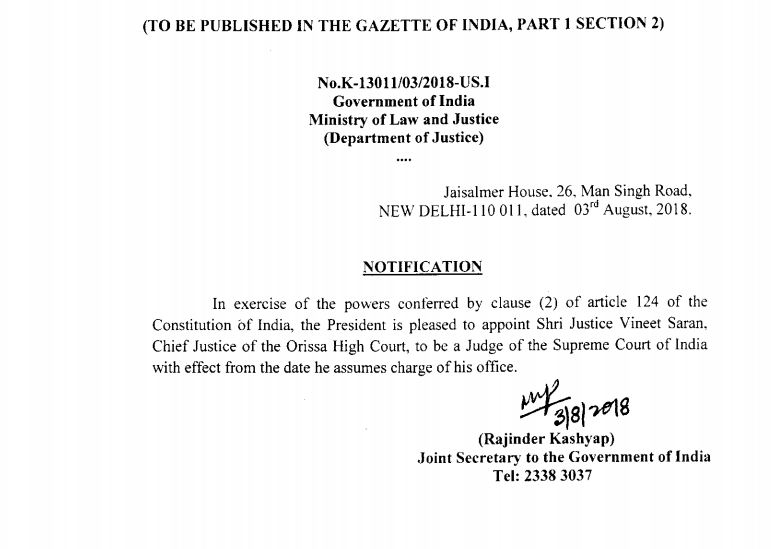 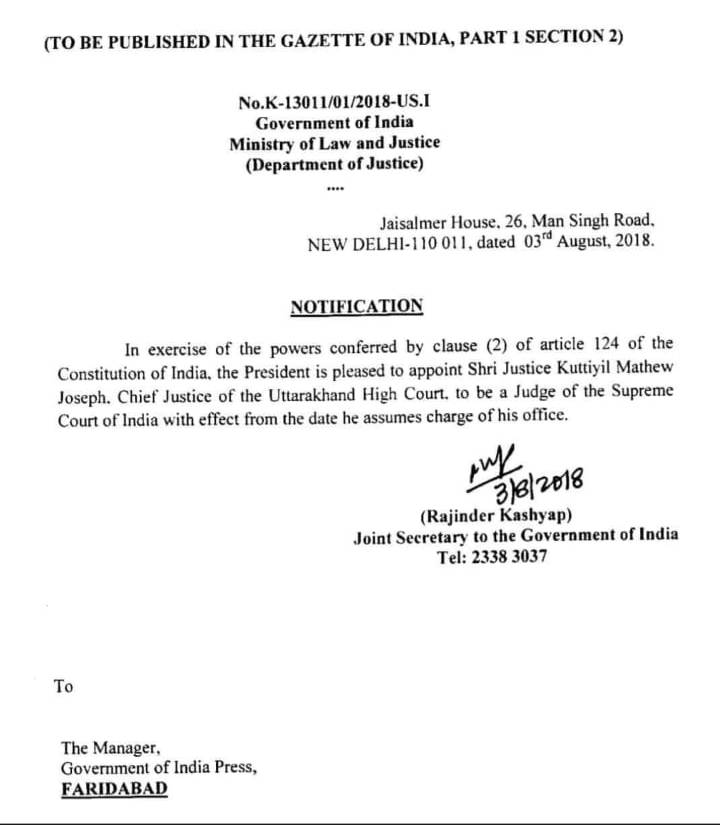 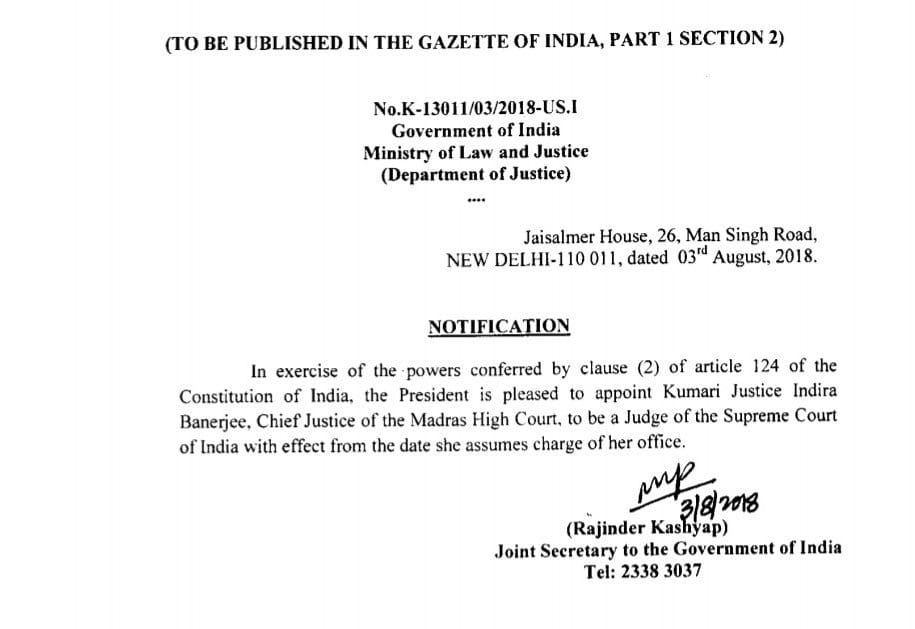