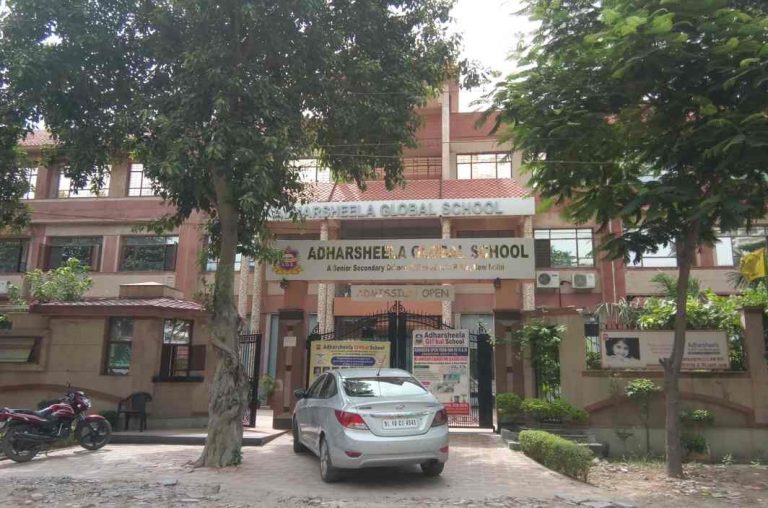 Above: The Adharsheela Global School in Ghaziabad, which had sent an offer letter to Meeta Arora.

A row has erupted over the appointment of Sangita Maliwal—mother of Swati Maliwal, head of the Delhi Commission for Women—for the principal’s post. Was political pressure used to secure it?

A prestigious school in the National Capital Region is finding itself in the midst of a controversy. On June 13, Meeta Arora, a contender for the post of principal at Adharsheela Global School, Sector 3, Vasundhara, Ghaziabad, was emailed an offer letter by Govardhan Gupta, the director of the school and asked to join work at 9 am on June 29.

A double MA in History and English with 21 years of experience in teaching, Arora had until April 2017 been vice-principal at DPS, Siddharth Vihar. Prior to that, she was cultural coordinator at DPS, Indirapuram, for seven years. She was naturally happy to have got a job of her liking with close to a six-figure pay packet. She wrote back immediately, accepting the offer, and proceeded on a well-earned European holiday, safe in the assumption that a new life awaited her once she returned.

But to her utter shock and dismay, on June 21, when Arora reached Paris, she found an email from Gupta, withdrawing the job offer, citing “unforeseen reasons”. A distraught Arora called him up from Paris, seeking an explanation. Gupta sheepishly said that the incumbent principal, Ritu Rajneesh, had complained to the school management that she had not been served a notice and negotiations had resulted in an extension of her tenure by one year.

Arora had no choice but to accept it for the time being. By the time she returned to India, Gupta had turned distant and would not take her calls. However, there was one final call in which he made two contradictory assertions. First, he said the school had no choice but to comply with Rajneesh’s demands as she had threatened legal action. But when Arora persisted, he told her to move court herself if she was unwilling to accept the decision.

A week ago, Arora saw the school website and was stunned to find that the new principal was Sangita Maliwal, mother of Swati Maliwal, head of the Delhi Commission for Women. Sangita Maliwal had been present at the venue of the job interview at Arwachin Global School, Dilshad Garden, and had, in fact, been in casual conversation with Arora during that time. She told her that she held a master’s degree in Chemistry and had taught in Palwal and at Ahlcon International School in Delhi. There had been just three interviewees.

Arora told India Legal: “I had responded to an ad that came out in Hindustan Times. The name of the school had not been mentioned in the ad. Looking back, I realise there had been a few things amiss. I was told by Gupta during the interview not to contact the serving principal, Rajneesh, as she had not been informed that recruitment was going on for her post. Also, the email I received had no stamp or signature, but I was led to believe that email transactions do not require these stipulations and so did not react to that.” 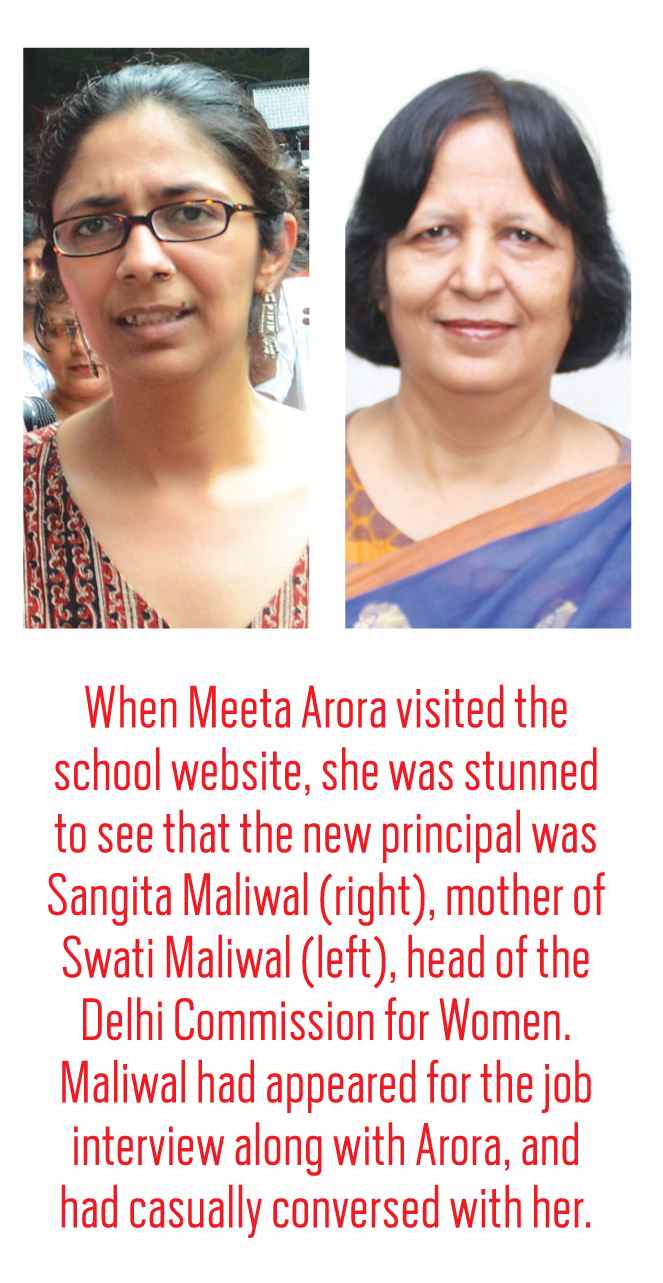 In fact, Gupta had been effusive in his praise of her professional accomplishments from the time he first contacted her. He had also called her up within 24 hours of the interview, announcing that she had got the job. An unsuspecting Arora, therefore, skipped her interview for the same position at GD Goenka School, Sonepat, which was scheduled the day after she accepted this job offer. She now rues the fact that she let go of that chance. The questionable offer letter from Adharsheela was from the email ID of Gupta, whereas the school chairperson is Meeta Singh. When India Legal contacted Gupta, he said, “I have left my job. I am no longer with them. Sorry, I cannot comment.” Subsequent calls to his mobile went unanswered.

India Legal also called the media representative of Swati Maliwal. However, despite promising a response after repeated call and smses, there was none till the time of going to the press.

Will justice be served to Arora?