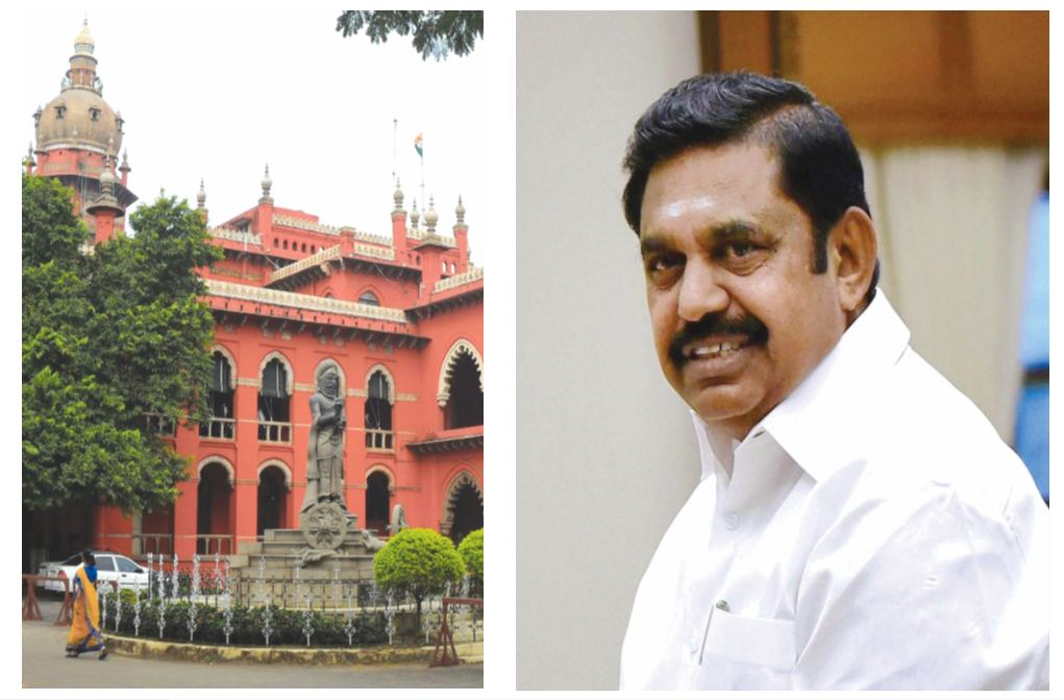 While the Madras High Court has reserved its order on the disqualification of 18 AIADMK MLAs, it has dismissed a similar petition from the DMK, leading to confusion and uncertainty

The fate of the AIADMK government led by Chief Minister Edappadi Palanisami is in the hands of the Madras High Court. To understand why, one has to go back two years when a political crisis engulfed Tamil Nadu soon after the death of then Chief Minister J Jayalalithaa on December 5, 2016.

Immediately after her death, O Panneerselvam took office as the CM along with 31 ministers. Trouble started on February 5, 2017, when the AIADMK legislature party elected VN Sasikala, a confidante of Jayalalithaa, in place of Panneerselvam. He immediately sent his resignation to the acting governor, Vidyasagar Rao. It was accepted and the governor asked him to continue in office till alternative arrangements were made.

In the 234-member assembly, the AIADMK has 136 MLAs, the DMK 89, the Congress eight, and the IUML one. Though Sasikala met Vidyasagar Rao on February 9, 2017, with a letter of support from 134 MLAs, the governor did not invite her to form the government. And on February 14, the Supreme Court pronounced its judgment in a disproportionate assets case against Jayalalithaa, Sasikala, Ilavarasi and VN Sudhagaran (the last two are Sasikala’s close relatives). As Jayalalithaa was dead, the Court sent Sasikala and the other three to prison for four years and imposed a fine of Rs 10 crore on each. They were lodged in Parapanahara jail in Bengaluru. Before going to jail, Sasikala chose Palanisami as the leader of the legislature party; he became CM on February 16, and proved his majority on February 18.

But Panneerselvam and 10 other MLAs voted against Palanisami, defying the party whip openly. The AIADMK government did disqualify them despite the Tenth Schedule of the Constitution clearly stating that if an MLA or MP defies his party’s whip, he is automatically disqualified by an order of the Speaker. This issue was sorted out after Panneerselvam and the other 10 MLAs joined the Palanisami faction on August 21, 2017. Panneerselvam was then sworn in as the finance minister of the state.

The next day, 19 AIADMK MLAs met the governor and gave a letter to him stating that they had lost faith in Chief Minister Palanisami. One among them then withdrew his support of this letter and reiterated his backing for Palanisami.

Then, on September 18, Tamil Nadu Speaker P Dhanapal disqualified all 18 MLAs on the ground that their meeting with the governor and submission of a representation for a change of chief minister amounted to anti-party activities and defiance of the whip under the Tamil Nadu Legislative Assembly (Disqualification on Ground of Defection) Rules, 1986.

The same day, around 7 pm, the Election Commission announced that 18 assembly constituencies in Tamil Nadu had fallen vacant. Challenging this, all 18 MLAs went to the Madras High Court. After marathon arguments by all sides, the bench headed by Chief Justice Indira Banerjee and Justice M Sundar reserved its orders on January 23, 2018. And till today, there is no sign of when the judgment will come.

Election Commission rules clearly say that an assembly constituency can be vacant for a period of not more than six months. But unfortunately, this is not followed rigorously by the Commission. On one pretext or the other, some assembly constituencies in the country have been vacant for more than a year at times. The EC in a few cases used to cite weather conditions as one of the reasons for not conducting an election.

In the case of the 18 MLAs being disqualified, the Madras High Court directed the Tamil Nadu assembly that floor test should not be conducted till the outcome of the case pending before it and also directed the Commission not to conduct bypolls in these seats.

In the meanwhile, the DMK filed a petition in the High Court praying for a direction to the speaker to disqualify 11 AIADMK MLAs as they had disobeyed their party whip in the assembly when Chief Minister Palanisami moved a confidence motion on February 18, 2017, and voted against the motion. However, the bench of Chief Justice Banerjee and Justice Abdul Quddhose dismissed the DMK petition and said the issue of whether mandamus can be issued to the speaker was still pending with the Supreme Court which bars the High Court from interfering in such actions of the Speaker.

It is interesting to note that the issue of disqualification of these 11 MLAs was raised not by the AIADMK but by the DMK.

The impending judgment on the disqualification of 18 MLAs will create a tricky situation for the government. If the Court quashes the speaker’s order and reinstates all MLAs, then politically the CM will be vulnerable. If the Court upholds the speaker’s order of disqualification of these MLAs, then elections should be held in their constituencies.

R Buddhiraj, a former Congress MLA, told India Legal: “That is a nightmarish situation because the resurgent DMK and its allies, including the Congress and the Left, will fight the by-elections ferociously. I am convinced that the AIADMK will be totally washed out because of the way it tackled various issues such as Cauvery, NEET, etc.”

These 18 MLAs are supporters of TTV Dhinakaran.  Dhinakaran won the by-election to the RK Nagar assembly constituency which had fallen vacant on Jayalalithaa’s death. There are already murmurs among these 18 MLAs.

One of them told India Legal: “We pledged our support to Dhinakaran and now we are disqualified. But Dhinakaran became an MLA. How long will we support Dhinakaran? This is the big question troubling us and AIADMK’s top leadership, including Chief Minister Palanisami.”

Out of the total strength of 234 MLAs in the assembly, originally the AIADMK had 136 MLAs. After Jayalalithaa’s death, it came down to 135. The victory of Dhinakaran as an independent candidate brought it to 134. The disqualification of 18 MLAs further brought it down to 116. There are three MLAs from three smaller parties which are in alliance with the AIADMK, so one can say that the party has 119 MLAs.

All these events have led to uncertainty and nervousness among the AIADMK cadres. As of now, the fate of Tamil Nadu’s politics lies in the hands of the judiciary.

Tata-Mistry Case: SC directs all parties to complete their pleadings within...