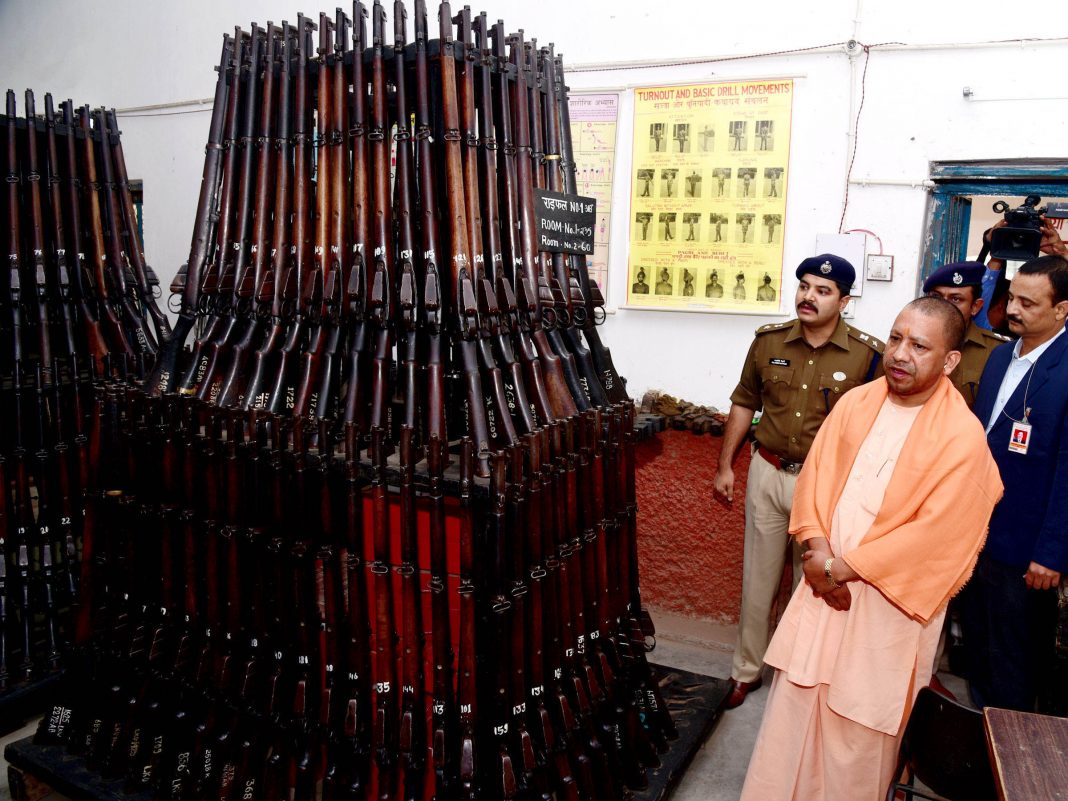 The Uttar Pradesh government’s encounter policy has met with widespread condemnation, forcing the Supreme Court to examine a plea for a court-monitored probe

In an interview to a national news channel in June 2017, barely three months after he took charge as the chief minister of Uttar Pradesh, Yogi Adityanath said, “Agar apradh karenge toh thok diye jayenge (if they commit crimes, they will be shot down).” A year and a half down the line, it is clear that his words and the policy behind it have had a far more disturbing impact than imagined.

By the state government’s own admission, January 2018 saw the police conducting 1,038 encounters in which over 32 people were killed while 238 were injured. The highest number was reported from the Meerut zone where 569 encounters took place, followed by Bareilly, Agra and Kanpur. There were 51 encounters in Gorakhpur, the home turf of the chief minister. However, the Adityanath government’s encounter policy has been severely criticised by various human rights outfits as well as opposition parties.

“The Yogi Adityanath government thinks that by adopting strict measures, crime can be brought under control and that’s why they have adopted ‘encounter’ as state policy. But so far, the law and order has shown no improvement. To terrorise the opposition, various laws are also being misused by the government,” SR Darapuri, ex-IG (UP police) and human rights activist, told India Legal.

Pointing to the misuse of the National Security Act (NSA), the former cop said, “More than 150 people were booked under NSA, most of them Muslims. What’s more, a close look at the encounter data shows that a majority of victims are Muslims followed by Dalits, OBCs and weaker sections of society, while the number of actual hardened criminals being gunned down is extremely low. They are also suppressing those sections who are not in line with the ruling party. The minorities and Dalits are feeling terrorised in Uttar Pradesh.”

It is not just human rights activists. Political parties across the spectrum have also targeted the Adityanath government on its policy. Samajwadi Party chief Akhilesh Yadav remarked recently: “The BJP is misusing the Uttar Pradesh police, which is inflicting torture on the people of the state and creating fear among them. It is the duty of the government to see that everyone gets justice.” Condemnation has also come in from Shivpal Yadav’s party which has sent two memoranda to Governor Ram Naik while the Congress party has termed Aditynath’s rule as “encounter Raj”.

These protests were so far brushed aside by the government but with the apex court now stepping in, the state government has no option but to sit up and take note. Taking cognisance of the matter, the Supreme Court agreed to examine in detail a plea seeking a court-monitored CBI or SIT probe into alleged police encounters and killings in the state. A bench headed by Chief Justice Ranjan Gogoi and Justices Ashok Bhushan and SK Kaul perused the material on record and said issues raised in the petition by NGO People’s Union for Civil Liberties (PUCL) required “serious consideration” and has fixed the hearing for February 12. Senior advocate Mukul Rohatgi, appearing for the Uttar Pradesh government, however, claimed all norms and procedures were followed by the state administration.

Earlier, the top court had sought a response from the state government on the PIL filed by the NGO, alleging that there were about 1,100 encounters in 2017 in which 49 people were killed and 370 injured. The plea said that the families of those killed or injured also be granted compensation. “By this petition, the petitioner is bringing to the notice of this court incidents of massive administrative liquidations taking place in the state of Uttar Pradesh in blatant violation of the rule of law, legal and constitutional protection available to the citizens, in particular, regarding life under Article 21 of the Constitution,” it said.

The NGO, in its plea, also referred to news reports quoting Adityanath, his deputy, Keshav Prasad Maurya, and ADG (law and order) Anand Kumar, justifying encounter killings of criminals in the state. It sought a probe into the encounters by an independent agency—the CBI or a SIT comprising police officers of “integrity and who have not served in the state of Uttar Pradesh”.

Quoting the figure provided by the state government to the NHRC, it said 49 persons died between January 1, 2017, and March 31, 2018. Even after March 2018, the encounters did not stop. Four months ago, eyebrows were raised when Aligarh police woke up local reporters early one morning to cover a live encounter.

The biggest reason for the loss of the Akhilesh government in Uttar Pradesh was the lack of law and order. On the very first day, Adityanath had assured that he would establish the rule of law in Uttar Pradesh. In his first address, the chief minister had said that in Uttar Pradesh, there is only one place left for criminals and that is jail. He said, “Those who are not in jail, they will either be out of Uttar Pradesh or will learn it the hard way.”

Despite the criticism, Adityanath has maintained that the crackdown will continue until crime is completely wiped out from the state.

The BJP government in a booklet released on its first anniversary also claimed that in its first year in power, instances of crime have decreased as a result of the crackdown. The government says instances of dacoity have come down by 5.7 percent, murder by 7.35 percent, road hold-ups by 100 percent, abduction by 13.21 percent, atrocities against Dalits by 16.41 percent and arson by 29.73 percent.

In a reply to a question by a BJP MLC in the Legislative Council on February 15, 2018, Adityanath said, “It is unfortunate that some people are showing sympathy towards criminals. This is dangerous for democracy. The encounters will go on.” DGP Singh insists, “Do not call these ‘encounters’. It is a crackdown on criminals. So far, we have arrested over 3,000 criminals. It was necessary to mount such pressure on them and it has definitely acted as a deterrent.”

While the state police and the government swear by a zero-tolerance policy towards crime and criminals, there is a lurking suspicion about whether it has become a new metric to mask ulterior motives. Unsurprising but perhaps more dangerous is the fact that such zero-tolerance rhetoric often ends up as a cover for the gross misuse of power.

With the Supreme Court now stepping in, it remains to be seen if the state government sees some virtue in trying to be a little less intolerant.