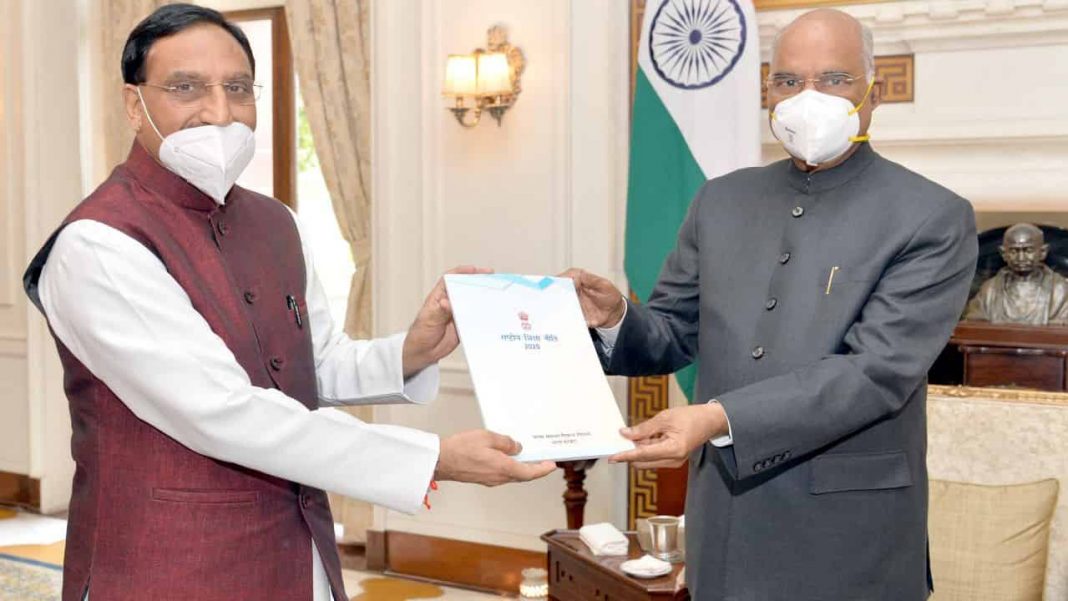 The policy aims at large-scale changes in the sector and an increased allocation of 6 percent of the GDP. Will this be enough to reduce the disparity among various groups and lead students into the 21st century?

The Indian education sector got a makeover with the new National Education Policy (NEP). The cabinet has also favoured renaming the ministry of human resource development as the ministry of education. While the policy stipulates many changes, these have kindled much debate.

The NEP is a comprehensive scaffold to steer the progress of education in the country. It refers to guidelines and ideologies and deals with pedagogical methodologies, resource mobilisation, curriculum content and the possible impact on different groups.

The Indian education system is famous for its academic rigour and gained more recognition ever since 100 percent FDI was permitted in 2002. However, there is a wide gap between policy proposals and enactment due to social and political compressions and administrative lapses.

Since 1947, the government introduced various measures to quicken the growth of education in rural and urban India. After India adopted the Constitution, both state and central governments were accountable for education. The first NEP was announced in 1968 on the recommendations of the Kothari Commission. The policy upheld the need for radical restructuring of the education sector for superior cultural and economic progress. In 1986, the government of Rajiv Gandhi introduced a new NEP which tried to eliminate inequalities in the education segment. In 1992, the government of PV Narasimha Rao modified this policy and in 2005, the government of Manmohan Singh adopted a new policy centred on the “Common Minimum Programme” of the UPA.

In 2020, the NEP attained a new form with the Modi government’s policy stipulating many reforms. Two committees—TSR Subramanian Committee and K Kasturirangan Committee—took five years to make this NEP. Its important recommendations are:

An examination of the policy reveals that it only offers a direction and is not compulsory. It is only a policy, not a law. Education is a concurrent subject and the various reforms propositioned can only be executed conjointly by the centre and states. The large disarray between them does not allow smooth implementation of the policy.

Also, for any policy to be a national vision, it should be discussed and adopted by Parliament. Otherwise, it runs the risk of being upended by the next government.

By promoting regional and local languages, the policy keeps English on the backseat. This is not a welcome move because English gives us a global advantage as it is the language the world speaks.

While the policy is welcoming towards the best foreign educational institutions, it is silent on how it will define or select them. Moreover, are global universities interested in entering India? That is the main question. In 2013, approximately 20 foreign universities including Yale, Cambridge, Bristol and Stanford had shown no interest in entering the Indian market.

Even though the government has fixed a deadline of 2040 to execute the complete policy, funds are urgently required. Sizeable investments will be required in infrastructure, technology and teachers’ training to fulfil the policy suggestions. The ministry of education feels that an increase in government funding to the tune of 6 percent of the GDP will be sufficient for this policy to be implemented. However, no government has managed to spend so much on education. It has rarely exceeded 3.1 percent of the GDP in the last six years and was the lowest in 2015-16 at 2.4 percent.

Any policy is as good as the ink it is written with. Nevertheless, the NEP lays down a radical dream for education and its real impact will be assessed in the execution. Hopefully, this will be a treat and not another trick of fake promises.

Did you find apk for android? You can find new Free Android Games and apps.
Share
Facebook
Twitter
Pinterest
WhatsApp
Previous articleProhibiting those above 65 on film sets is discriminatory, rules Bombay HC
Next articleDelhi Riots: Delhi HC scans Delhi Police circular, but refuses to quash it