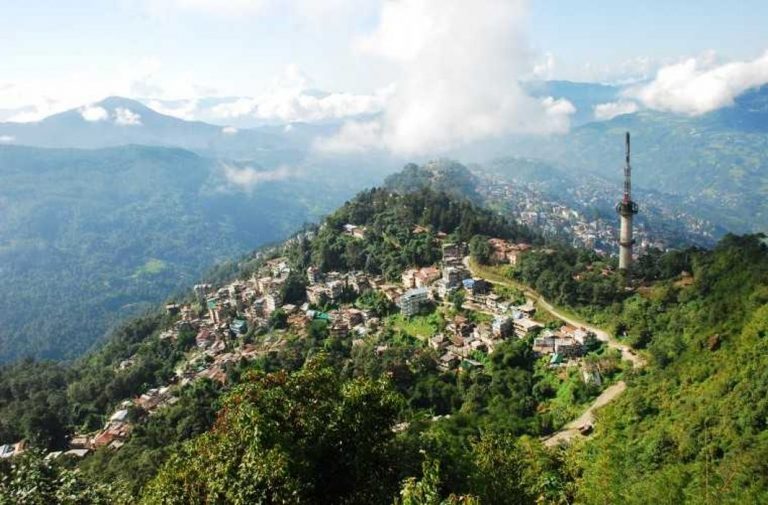 Above: Buying lands belonging to the Limboo-Tamang tribals is proposed to be barred in Sikkim/Photo: mapsofindia.com

In an ostensible attempt to safeguard scarce land resources, the chief minister of Sikkim Pawan Chamling has introduced community specific reforms which seem out of sync with trends elsewhere

~By Neeraj Mishra in Gangtok

According to the Fifth Schedule of the Constitution, sale of tribal lands can be prohibited. This can be done in any manner which governments feel are necessary to protect the rights of tribals living in that area or to protect habitat or both.

The Agrarian Land Ceiling Act 1973 attempted to limit the acreage under private ownership. Various states have since enacted their own land reforms from time to time, which have resulted in some standard stipulations throughout India. One of them is that agriculture land cannot be sold to non-agriculturists. But what Sikkim is attempting to do through its latest Sikkim Panchayat (Amendment) Bill, 2018, passed earlier this month, may be unique and require fine tooth-combing to understand its aim and impact.

Sikkim Chief Minister Pawan Chamling’s government has mandated that the Limboo and Tamang communities of the state, also classified as Scheduled Tribes, will henceforth be able to sell their land within their community only. Other tribals are also restricted from buying Limboo-Tamang land. A similar restriction has been placed on almost all communities, except the general. Dalits can no longer sell land to non-Dalits nor the OBCs to non-OBCs.

The ceiling of such sale and purchase has been set at 10 acres and below. Additionally, all sale of land by owners who own less than three acres has been banned completely. For any sale up-wards of 10 acres, every community has to take permission of the state anyway. In cases of hardship, sale would be allowed only after due diligence, which in practice almost never happens as no revenue officer wants to stick his neck out.

“We are doing this to protect the land for coming generations or every farmer will become a sukumbasi (landless labourer). Let no grandchild be landless in future,” Chamling told a public meeting the day after his cabinet took the decision.

The immediate impact, of course, would be on the market prices. Only 16 percent of the total land in Sikkim is under agriculture. Any restriction on sale-purchase of landed property severely restricts its market value.

In the present case, though the spirit behind the decision may be laudable, it restricts the market value of almost all available land in Sikkim. In many ways, all available privately owned land has been compartmentalised and pigeon-holed.

Combined with restrictions and new emphasis on benami land holdings, it is unlikely that much sale and purchase of land will happen in the state in the foreseeable future.

This may raise a key question: can the government through such devises control an individual’s right to enjoy his own property? Though under the Constitution, right to property is only a statutory right, it is largely silent about how even statutory ownership can be dictated through the use of law. The state can divest an individual of his property under the eminent domain principle (the power of the government to take private property and convert it into public use) but can it also severely restrict its enjoyment in public interest? The present community-based concept of sale and purchase will have to be brought up in courts.

Chamling may have had a more pressing political motive behind the move. The Bhutia Lepcha (BL) communities, who enjoy a 12-seat reservation in a 32-seat assembly, oppose him politically. Footballer-turned-politician Bhaichung Bhutia has recently launched his own political party, no doubt backed by the BL communities. The Bhutias have traditionally enjoyed the largest land ownership in the state and have been protective about it. They have also tended to buy land belonging to other communities as well as that of the economically weaker Limboo-Tamangs. Chamling may also be seeking to limit their economic might in the social set-up.

Another far-reaching decision which has been introduced along with the above provisions but in another bill is that the ownership and inheritance of land and property by Sikkimese girls who marry outside their communities. During the days of the Chogyal (king), an office order was promulgated in 1917 and then in 1961 that all girls who marry outside the state would be deprived of inheritance.

The system was followed even after the merger of Sikkim with the Union of India in 1975 till date and despite all constitutional guarantees to women and the change in provisions of the Hindu law. A limited change has been brought about by the Chamling government after the Sikkim High Court recently struck down the practice.

Women will now inherit the property but will not be able to bequeath it to their children. In addition to restrictions on sale, this will, in effect, mean nearly nothing for daughters.

It is clear that Chamling may have his heart in the right place, but he may still have to re-examine the long-term impact of his decisions.