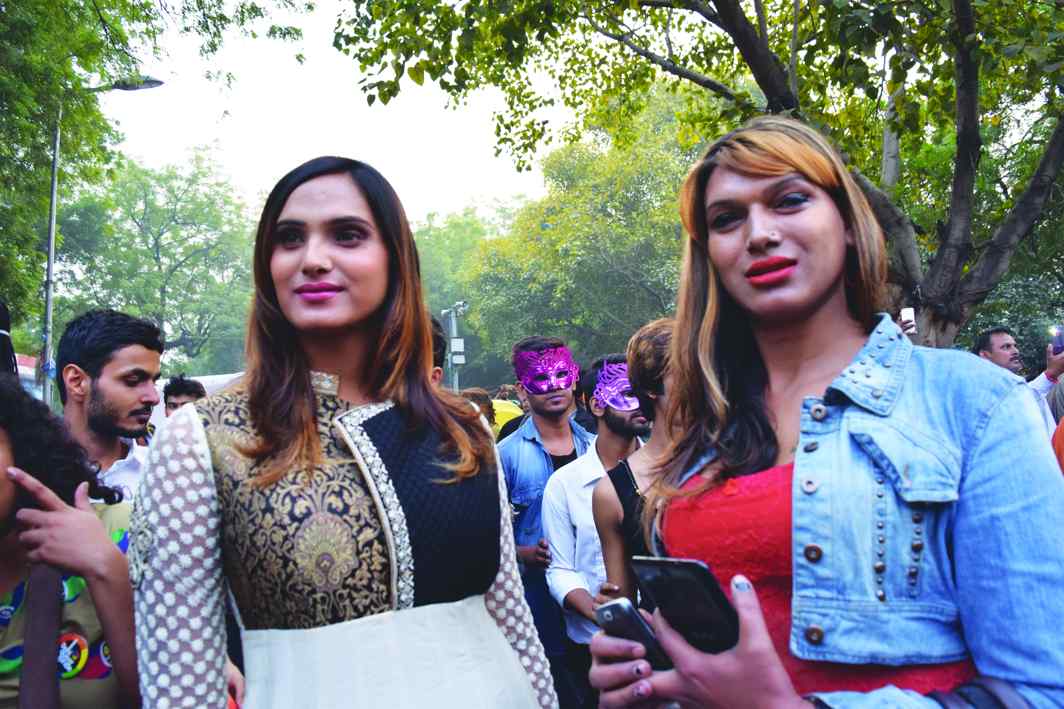 New Delhi (ILNS): A PIL has been filed in the Supreme Court seeking the protection of law for persons of the third gender/transgender from the sexual assault.

The petition filed by advocate Reepak Kansal states that there is no provision in the Indian Penal Code which can protect the third gender from the sexual assault by a male/ female or another transgender. Therefore, an anti–discrimination law are needed to safeguard the basic citizenship rights of transgender persons.

The petitioner seeks to challenge the constitutional validity of clauses (i), (ii) and (iv) of sub-section (1) of Section 354A of IPC, to the extent that they are interpreted to exclude victims of sexual harassment who are transgender persons, as being ultra vires to Articles 14, 15 and 21 of the Constitution of India.

He seeks direction to the respondents to make appropriate modification / interpretation of sections of IPC dealing with sexual assault to include transsexuals and eunuchs in the definitions accordingly.

Article 14 states that the state shall not deny to “any person” equality before the law or equal protection of the law. The article does not limit the term “person” to just male or female. Article 15 prohibits discrimination by the State on ground of sex.

The greatest and most inclusive constitutional provision is Article 21 which states that no person shall be deprived of life or personal liberty except according to procedure established by law commonly understood as “Right to life”, which includes Right to live with dignity. Due to said sexual assault /hate crime, transgender could not live their lives with respect and dignity.

In 2014, the Supreme Court of India passed a path breaking judgment in the matter of National Legal Services Authority v. Union of India (SCC 2014 5 SC 438) and granted recognition to the transgender / third gender as ‘persons’ falling under the ambit of Article 14 of the Indian Constitution. The motive behind this judicial action was to grant equity and equality to members of the transgender community and to give equal protect before law. The Supreme Court of India affirmed that the fundamental rights granted under the Constitution of India will be equally applicable to transgender people. On the bases of said judgment, the NALSA framed some guidelines which are not meted out completely with the observations of this Hon’ble Court.

“Though the above-said judgment and NALSA guidelines do exhibit a remarkable empathy in declaring transgender people to be a Third Gender but it stopped from addressing the ‘trauma, agony and pain’ experienced by the transgender community due to sexual assault committed by other genders,” it states.

The petitioner submits that there is no provision / section in the Indian penal code which may protect the third gender from the sexual assault by male/ female or another transgender. The statistics documenting transgender people’s experience of sexual violence indicate shockingly high levels of sexual abuse and assault. As per statistics, one in two transgender individuals are sexually abused or assaulted at some point in their lives. Some reports estimate that transgender survivors may experience rates of sexual assault up to 66 percent, often coupled with physical assaults or abuse.

The petitioner states that the majority of transgender individuals are living with the aftermath of trauma and the fear of possible repeat victimization.

Therefore, he approached the Court to make gender neutral to the sexual harassment mechanisms. And, to pass an Anti-Discrimination Bill that penalizes discrimination and harassment on the basis of gender

Did you find apk for android? You can find new Free Android Games and apps.
Share
Facebook
Twitter
Pinterest
WhatsApp
Previous articleNitish Kumar ahead of others in race for the CM post in Bihar, says survey
Next articleFarm Bills: Seeds of discontent