Farm Bills: Save the farmer from vested interests 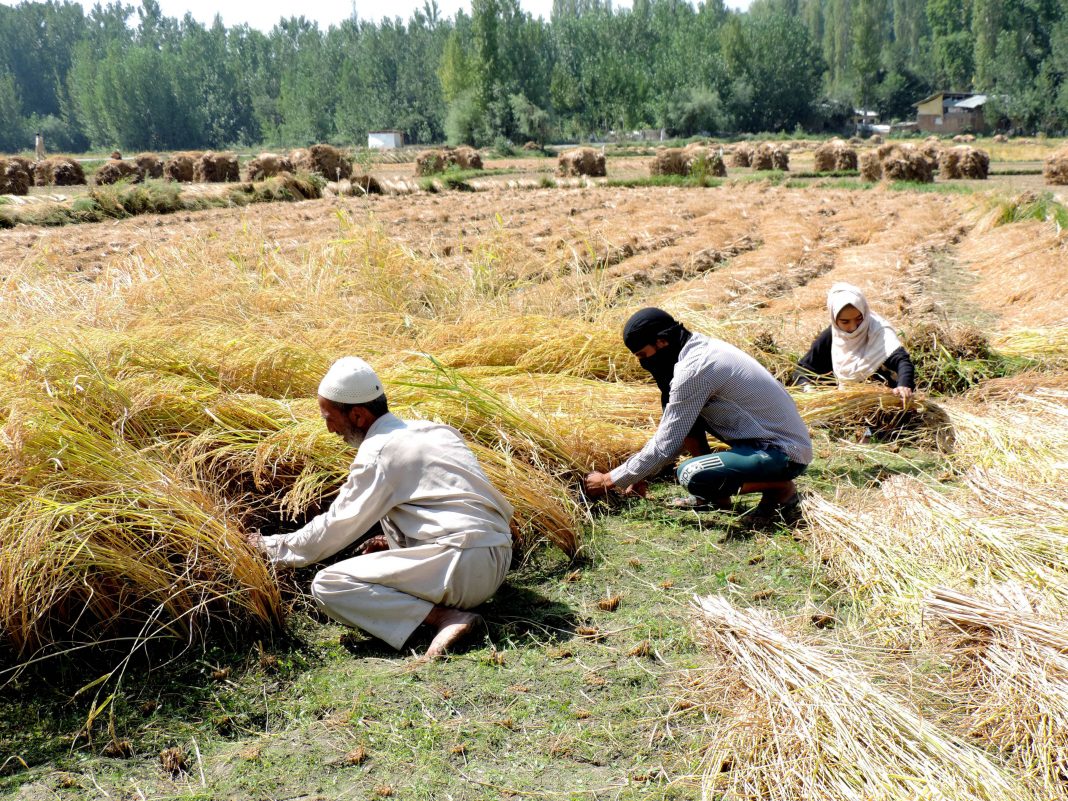 The centre is trying to open up the agriculture market, ensuring minimum price and food security, but it is the Opposition, hoarders and middlemen who are protesting as they will no longer control the transactions.

WHO is a farmer? It is such an omnibus term that without an exact definition the farmer can neither be benefitted nor saved. There are reasons why the farmer needs help. The farm sector is the backbone of the Indian economy. Every election sees political parties float schemes to help farmers. These schemes confuse and confound them, but many non-farmers enrich themselves. And this has gone on since 1952 and even earlier. Farmers have never had a voice in policy making. Farmers are told by experts what their problems are and what the solutions might be. Once upon a time, during the Green Revolution years of 1967-1971, farmers enjoyed great rise in incomes. But some important reforms were also introduced to socialise the economy, nationalise banks and reduce ceilings on land holdings. All very good, but bad for farm economics. Farmers got left behind and farm profitability started slipping, particularly after 1985.

Who, then, is a farmer? One way to determine this is by seeing who tills the land, plants, tends and harvests the crop or plucks the fruit. And look out for calloused hands. This person is the farmer, the tiller, the cultivator. He may not be the owner-proprietor, but could be a mere tenant, sharecropper or servant.

The crop belongs to the farmer. If the owner is not the farmer, then he may receive rent for the land or a share of the crop. The farmer does the hard work through rain, sunshine, cold. He is entitled to the best price for his crop. Don’t forget, these days, cost of inputs has skyrocketed and so has the cost of living. Add to this the farmer’s labour, cost of irrigation, fertiliser and transport expenses. These must also be included in the pricing structure, with wholesale price indexing, which is never done.
Read Related Report: Seeds of Discontent

The Swaminathan report, tasked to find solutions to the problems faced by farmers, had made some sound recommendations which assured farmers realistic prices for their produce, but it has been ignored. Wheat and paddy farmers have been assured minimum support price (MSP), e-trading has been introduced, direct marketing (outside market yards) and private marketing are some of the other features.

The Parliament has passed the Farmers’ Produce Trade and Commerce (Promotion and Facilitation) Bill, 2020; Farmers (Empowerment and Protection) Agreement on Price Assurance and Farm Services Bill, 2020, and the Essential Commodities (Amendment) Bill, 2020. These laws are awaiting presidential assent.

The first Bill prohibits state governments from collecting market fee, cess or levy for trade outside notified APMC (mandi), removes inter-state trade barriers and provides a framework for electronic trading directly between a buyer and a farmer. In simple words, it breaks the state’s control over farmers, enabling them to choose whom they want to sell their produce to and at what price. This dries up money laundering and other exploitative practices. No wonder the local politician, trader and middleman are fuming.

The second Bill allows farmers to enter into contracts with private corporates at a mutually agreed price. The concern was that this would do away with MSP, leading to exploitation of farmers. The government has confirmed that this is not true and MSP will continue. So the “mutually agreed price” will always be greater or equal to MSP. Problem solved. But would the Opposition explain this to the farmers?

The third Bill removes cereals, pulses, oilseeds, edible oils, onions and potatoes from the list of essential commodities and provides for deregulation of production, storage, movement and distribution of these items. The concern is that this move undermines food security. Governments still hold the power to regularise in case of famine, shortages, wars, etc. This means that, when actually needed, they will act. In normal times, they won’t. So now, the hoarders have a big problem. They cannot dictate terms anymore. Hence, their protest.

In a nutshell, the government is trying to open up the agriculture market, ensuring minimum price and food security. Opposition parties, hoarders, and middlemen are protesting because they will no longer control the transactions nor siphon off subsidies not meant for them. Some farmer organisations are also protesting because they are being misled on MSP. The other problem is tax exemption for agricultural income. Farmers don’t have taxable income because if their expenses are taken into reckoning, their incomes would drop considerably and may not remain taxable at all.

Indian farmers have never been united. All farmers have similar grievances worldwide like exploitation by middlemen, not receiving full price for their produce, inadequate crop insurance and heavy indebtedness. Our farmers are no exception, but they have never been able to articulate their problems in one voice to make the nation sit up and listen. This is one of the traits of every farming community.

Punjabi and Haryanvi farmers may unite (the two states were one from 1849 till 1966), but farmers of Uttar Pradesh, Bihar, Karnataka or Tamil Nadu may not. Language is no barrier at all when two men are facing the same difficulties. But the farmers lobby has been kept divided by the powers that be. Another aspect is that too many people who exploit farmers have got on the bandwagon of protest, diluting the real issues and making a mockery of farmers’ problems.

Recently, all across the board, there was wide debate on many issues like GST, demonetisation, Article 370, CAA, India-China clash, etc. Isn’t it time that farmers grievances are taken up for discussion? Even an actor’s unfortunate death and his ex-girlfriend’s detention have swallowed all the attention, but the picture of a farmer, struggling in the hot sun to feed us, does not appear on TV screens.

Today’s protesters are not farmers at all, but tradesmen, businessmen and middlemen, some of whom may also farm to avoid taxes as farm incomes are tax free. But their cries are loud as they are backed by politicians, making farmers their pawns. This has always been the case in India.

Only a strong rural leader like Chaudhry Sir Chhotu Ram, one of the founders of the Unionist Party in 1924, can champion the cause of farmers. Ram was a statesman of high calibre. He stood like a colossus in support of farmers to protect them from indebtedness and exploitation. He ditched the Congress Party in 1916 to start the Unionist Party on a non-sectarian farmer platform. The party won the highest number of votes in every election till 1946, and Ram remained its undisputed senior statesman.

Ram was born in a small farmer’s family of Garhi Sampla in District Rohtak in 1881, educated at St Stephen’s College (BA 1905) and Allahabad University (LL.B. 1911). In 1915, Ram entered politics as District President of the Congress Party, but soon got disillusioned and started the Unionist Party in 1924. This was a secular outfit which believed in promoting the interests of farmers who had been exploited for too long and had fallen into an ever-spiralling debt trap.

Ram became very influential in Punjab as the champion of farmers. He piloted the Golden Laws which protected farmers through restitution of mortgaged lands, relief of indebtedness, regulation of accounts, registration of money lenders, consolidation of holdings and setting up of the first agricultural produce markets. Ram was knighted in 1937.

How one wishes there was a leader of Ram’s calibre to unite Indian farmers and get them a good deal. Only time will tell if the three controversial laws will be the panacea for farmers’ ills. Or will the farmer’s fate be in the well-manicured hands of people who have never seen his calloused ones.

Did you find apk for android? You can find new Free Android Games and apps.
Share
Facebook
Twitter
Pinterest
WhatsApp
Previous articleUPPSC denies to call candidates for interview: HC issues notice
Next articleNitish Kumar ahead of others in race for the CM post in Bihar, says survey