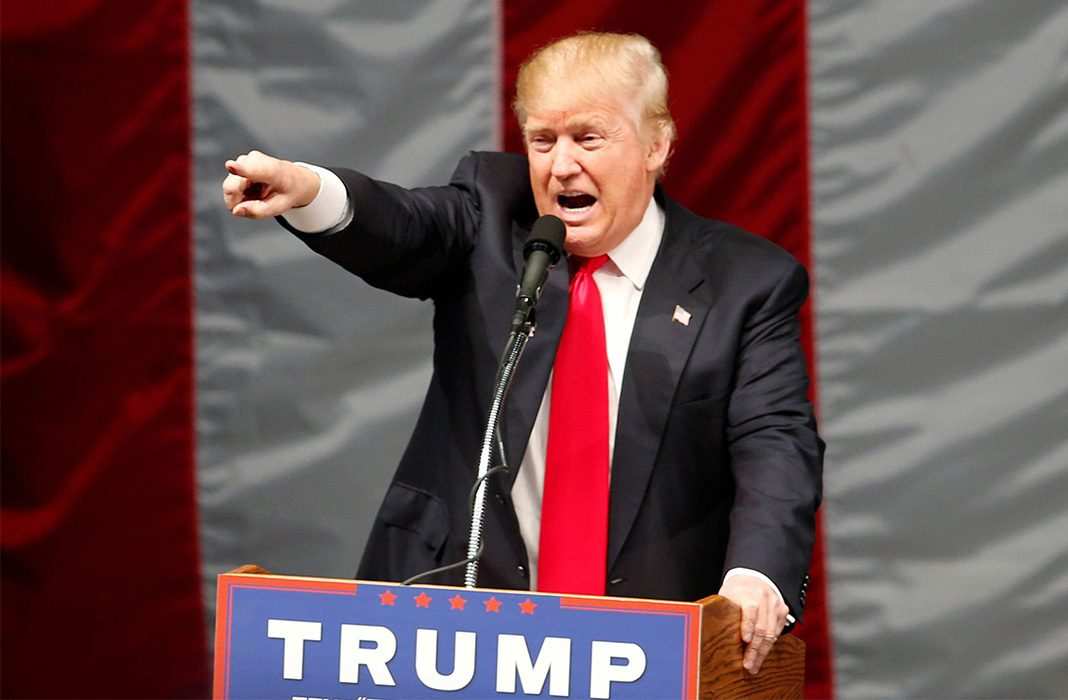 It’s now clear that President Trump poses unprecedented threats to freedoms of speech and press. Take Care and Protect Democracy have teamed up to host a forum in which leading scholars consider how we can use the law (and litigation) to protect against Trump’s use of the “bully podium.” This is the latest entry in that forum.

~By Sonja West, University of Georgia School of Law

President Trump’s relationship with the freedom of expression is, to be generous, troubling. As others in this symposium have detailed, Trump’s track record of targeting people for their speech is extensive. These attacks by a sitting president to individual free speech rights are alarming and unprecedented and, as others have noted, raise difficult issues under our free speech jurisprudence.

The First Amendment’s protection of expression, however, goes beyond the freedom of speech and also includes a separate safeguard for the freedom of press. Thus, as we consider Trump’s use of the powers of his office to silence speakers, it is important to remember that not all speakers are the same. Indeed, there is one group of speakers that has been historically recognized for its unique structural role in our democracy—the press.

Trump, of course, does not hide his contempt for the press. On practically a daily basis, he calls members of the press names, threatens them with lawsuits, lobs baseless attacks on their credibility, vindictively denies them access or questions, mocks their physical appearance, and “jokes” about physically harming them. He has likewise demonstrated that he will use the power of his office to target individual journalists in retaliation for unfavorable coverage. Most recently, the White House singled out ESPN anchor Jemele Hill for her criticisms of Trump, calling Hill’s remarks “a fireable offense.” Ultimately, Trump himself demanded (and received) an apology from Hill.

In an earlier Take Care post, RonNell Andersen Jones and Lisa Sun discussed their important work detailing Trump’s “enemy construction” of the press. By casting the press in the role of our “enemy,” they have argued, Trump may be “open[ing] the door to arguments in both legal and political forums that the security of the country justifies—or even requires—scaling back press freedoms and press access.” All violations of individual speech rights are, of course, deeply problematic. When a president has the power to stifle the press, however, it raises unique threats to our democracy by inhibiting the flow of information and weakening our ability to monitor the government.

But surely if government officials tried to chisel away at the First Amendment rights of the press, they would be blocked by the courts, right? Granted, it is the First Amendment’s guarantee of free speech that gets the lion’s share of our attention, but the amendment does includes the Press Clause, which distinctly and explicitly protects of the freedom of the press. Therefore, one might think, the press’s arsenal of First Amendment armor and shields is especially strong even as compared to individual speakers.

On the one hand, the Supreme Court has told us that the press is not special.  In Citizens United v. FEC, for example, the Court declared that it has “consistently rejected the proposition that the institutional press has any constitutional privilege beyond that of other speakers.” A number of individual justices have likewise expressed similar ideas in their separate writings. But these justices often fail to provide an explanation as to how they reached this conclusion; and, even when they have, their explanations have not always been consistent. (I have addressed a number of their arguments in my scholarship such as the problem with defining the “press” and the idea that the Press Clause merely protects all speakers’ ability to publish their speech.)

The problem with these proclamations, however, is that they conflict with a great body of law in which the Court has repeatedly recognized the press as constitutionally unique from other speakers. It has done so implicitly and often in dicta, but nonetheless the Court has made it clear that there is, indeed, a special constitutional role for the press.

We see the Court’s embrace of press exceptionalism in the language it has used to discuss the press. The press, the Court has told us, has a “historic, dual responsibility in our society.” These responsibilities include gathering and disseminating news to the public, because “[w]ithout the information provided by the press most of us . . . would be unable to vote intelligently or to register opinions on the administration of government generally.” Distinct from individual speakers, the Court has told us, the press “stands as one of the great interpreters between the government and the people.”

In certain lines of cases, moreover, the Court has directly or indirectly treated the press as historically and functionally unique from other speakers. Perhaps the most obvious example is the issue of taxation of the press. In these cases, the Court has explicitly recognized the special dangers of the government burdening the press’s work. According to the Court, when the government targets the press for a special tax, it raises “a particular danger of abuse by the State.” It also noted the historic problem of taxing the press, explaining that taxation of the press is “not an ordinary form of tax, but one single in kind, with a long history of hostile misuse against the freedom of the press.”

Other cases have specifically addressed the dangers of government intrusion on the editorial process of the press. In Miami Herald Publishing v. Tornillo, the Court observed that it has long “expressed sensitivity as to whether a restriction or requirement constituted the compulsion exerted by government on a newspaper to print that which it would not otherwise print.”  It is a violation of the Press Clause, the Court told us, for the government to “intru[de] into the function of editors.” In Smith v. Daily Mail Publishing Co., the Court also articulated a press-specific holding, stating that “if a newspaper lawfully obtains truthful information about a matter of public significance then state officials may not constitutionally punish publication of the information, absent a need . . . of the highest order.”

Even in cases where the Court’s decision applies broadly, the Court’s analysis has often been decidedly press focused. Thus while key cases involving prior restraints and defamation, for example, protect us all from possible government regulation of our speech, the Court’s reasoning in reaching these conclusions was solely about the press. The Court has told us, for example, that the damage of prior restraints “can be particularly great when [it] falls upon the communication of news and commentary on current events” and that we should learn “from what we view as the unhappy experiences of other nations where government has been allowed to meddle in the internal editorial affairs of newspapers.” Likewise, in New York Times v. Sullivan, the Court worried that [w]hether or not a newspaper can survive a succession of [defamation] judgments, the pall of fear and timidity imposed upon those who would give voice to public criticism is an atmosphere in which the First Amendment freedoms cannot survive.”

The history and text of the Constitution tell us that the press plays a crucial and unique role in our democracy. And the Supreme Court, despite some protestations otherwise, has similarly recognized the press’s special constitutional status. As Trump’s attempts to silence members of the press grow increasingly disturbing, therefore, we should embrace their unique constitutional status and mount defenses that go beyond the Speech Clause and include the Press Clause.

—The blog first appeared on takecareblog.com.