The Delhi High Court has asked the Delhi police about the protocol for putting up barricades, many of which are unmanned and cause harassment to commuters. Guidelines in this regard are not followed. 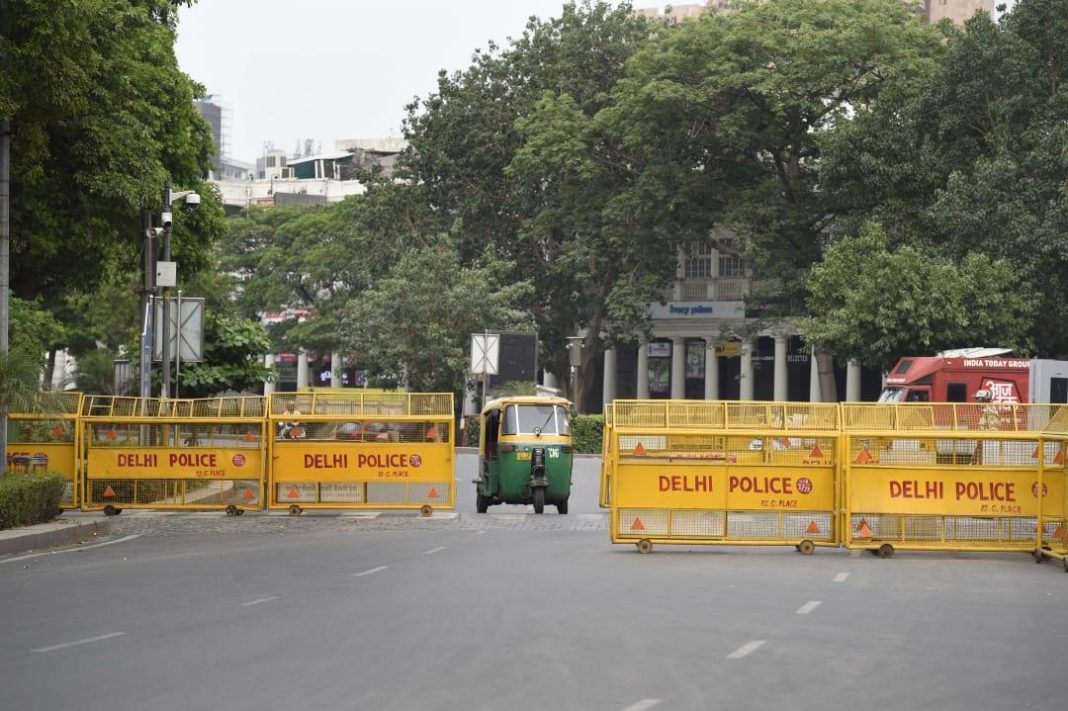 Taking note of the presence of unmanned barricades in the national capital, the Delhi High Court recently asked the Delhi Police to apprise it of the protocol being followed by them in setting up barricades.

A division bench of Justices Vipin Sanghi and Jasmeet Singh initiated a PIL on the issue after taking cognisance of a letter addressed by one Om Prakash Goyal to the prime minister, which in turn, was sent to the Court for taking appropriate action.

The said communication highlighted the misery being faced by the general public on account of unmanned barricades all over the city. According to Goyal, it served no purpose other than creating blockage in the free flow of traffic, causing misery and harassment to vehicle owners and the general public. Relying on various news reports, he alleged that such unmanned barricades led to long traffic jams and hold-ups.

“The issue raised by Sh. O.P. Goyal requires consideration since the unmanned barricades of the roads, prima facie, serve no purpose and do indeed cause inconvenience and harassment to the public at large. Such barricades are also being used to set up and run kiosks and for parking vehicles,”

The Court called for a status report from the Delhi police commissioner, the Delhi government and the Union of India on the issue at hand, and slated the matter for further hearing on April 13, 2022.

In October last year, a petition was filed before the Delhi High Court raising concern on a similar issue. The plea filed by Advocates Birendra Bikram and Bankey Bihari on behalf of Jan Sewa Welfare Society, which caters to the social, educational and cultural needs of the society. It was pointed out in the petition that one of the reasons for huge traffic jams in Delhi was unnecessary barricading on roads by the Delhi Police, which is resulting in undue hardship and inconvenience to the general public. “Mismanagement and unprofessional attitude of Delhi Police in installation of iron barricades on several roads all over Delhi causes grave hardship and inconvenience to the safety, security and welfare of the public,” the plea read.

The petition highlighted a 2018 standing order issued by the Delhi Police relating to “Procurement, Maintenance and Operational Usage of Mobile Barricades”, wherein detailed guidelines on the usage of mobile barricading were enumerated. It has, however, been alleged that the guidelines have not been adhered to and remain on paper only.

Some of the guidelines are:

The Delhi Police had filed its response in the above-mentioned plea that sought strict adherence of the 2018 guidelines, and informed the Court that the barricading on the streets and checking of vehicles at night is being done for “prevention of crime” as well as for “ensuring safety of the general public”.

It was submitted that since Delhi has open borders and existence of multiple entry and exit points, providing easy escape to criminals, picketing and barricading is necessary to control crime in the city. Further, it said that it was not possible to deploy police officers at every entry and exit point during night as there are many small approach roads and streets in Delhi. “Since the barricading is done keeping in view the safety and security of residents as well as that of their properties, they willingly cooperate with the police,” the affidavit added.

Undoubtedly, mobile barricades serve as an important and effective tool for the maintenance of law and order in the country, in addition to regulating the flow of vehicular traffic, ensuring security checking at VVIP functions, checking crime and apprehending criminals. However, of late, it has been noticed that these are being used by the police in a haphazard and arbitrary manner and are often left unmanned, causing traffic problems apart from projecting a poor image of the police in the eyes of the general public.