CJI Ramana’s tenure saw the maximum number of vacancies being filled up, unlike that of his predecessor’s 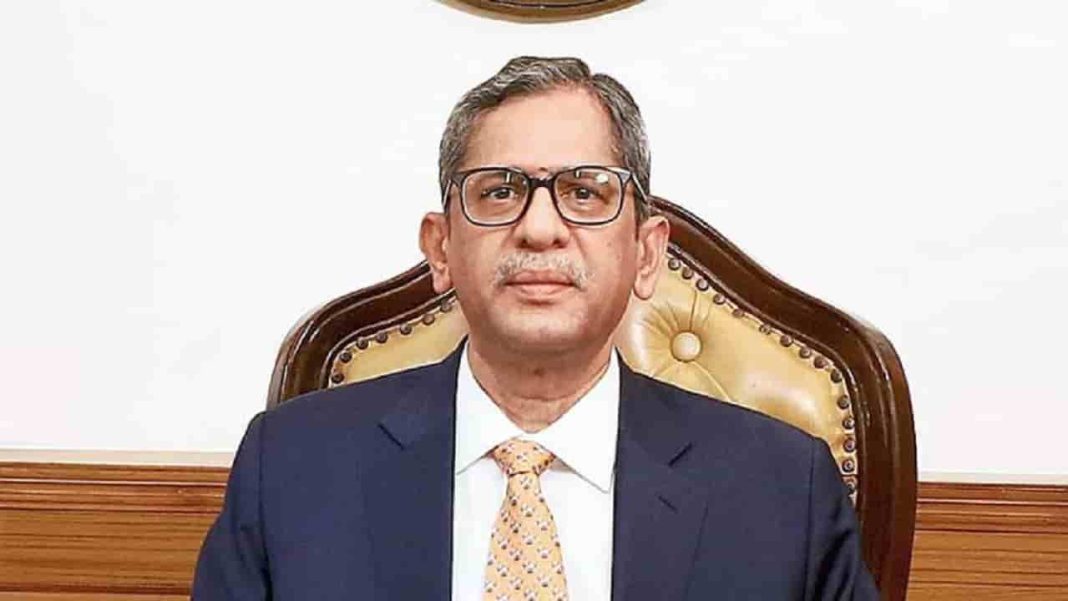 With Chief Justice of India (CJI) NV Ramana retiring soon, one legacy he left behind is that he filled up many vacancies in the Supreme Court and High Courts. This was unlike his predecessor, Justice SA Bobde, who made no appointments to the Supreme Court due to the collegium being deadlocked for 22 months.

However, the collegium led by CJI Ramana in August 2021 made nine  suggestions for the apex court in one go, including three women—Justices Hima Kohli, Bela M Trivedi and BV Nagarathna, who is in line to be the first woman CJI in 2027.

High Courts too saw a record number of appointments, with 266 judges being appointed, bringing vacancies down to 381 against the total sanctioned strength of 1,108. The government also cleared the highest number of names under CJI Ramana’s tenure in High Courts, while his predecessors Chief Justices SA Bobde and Ranjan Gogoi had 104 and 107 appointments to High Courts cleared by the government.

The Supreme Court collegium after carrying out due deliberations behind closed doors makes recommendations for appointments and transfers to the law ministry. They are then sent to the Intelligence Bureau for background vetting, following which the ministry’s response is informed to the collegium.

Recently, John Brittas, a CPI MP in the Upper House, grabbed interest  when he spoke about the lack of diversity in the Indian judiciary, during a discussion on the High Court and Supreme Court Judges (Salaries and Conditions of Service (Amendment) Bill, 2021.

“Out of 47 Chief Justices of India till date, at least 14 have been Brahmins. From 1950-70, the maximum strength of the Supreme Court was 14 judges and 11 of them were Brahmins…. Dr. BR Ambedkar would be turning in his grave, seeing how judicial appointments are being made and how the independence of the judiciary is tampered with. There is no diversity in the judiciary…. I am not against Brahmins…I am not against any class. I am just completing it. This august House will be shocked to note that till 1980, there was no judge from the OBC in the Supreme Court, in the highest court of the country,” he said.

CJI Ramana, while speaking at 2nd Comparative Constitutional Law Conversation Series, said: “The Indian independent judiciary is non negotiable. The courts uphold fundamental rights and rule of law. People will trust the judiciary only if it acts independently. Judicial appointments are aimed at sustaining people’s faith and trust.” He said that the notion that judges appoint judges is a “wrong” one.

When Justice Ramana retires, the strength of the Supreme Court will come down to 30, with Justices UU Lalit, Indira Banerjee and Hemant Gupta due to retire later this year.