Domino effect: Farmers’ protest has led to many cases, lawsuits

After the clash between farmers and the police on R-Day, a slew of lawsuits was filed. Courts have now ordered the Delhi police to upload all relevant FIRs from Nangloi police station on its website. 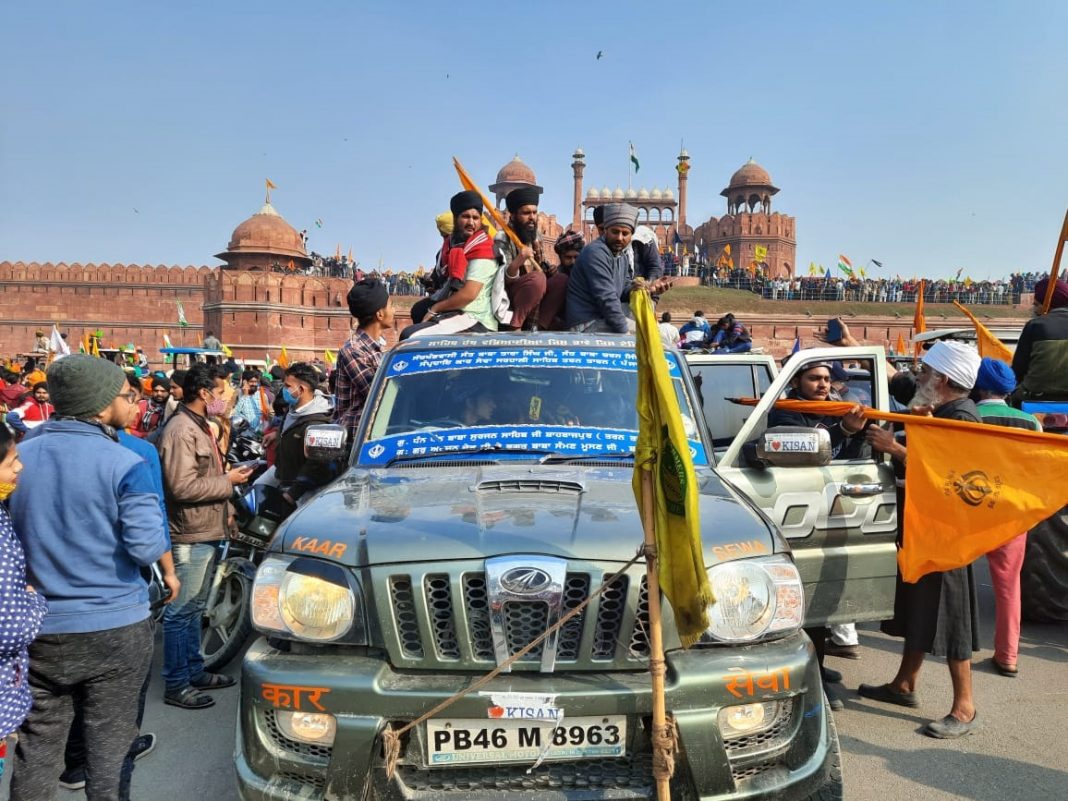 Farmers’ protests against the three contentious farm laws have opened the floodgates to a host of new lawsuits. Following violent clashes between farmers and the police during the tractor rally in the national capital on Republic Day, the Delhi Police released a list of 120 people arrested in connection with 13 FIRs filed in connection with the said event.

The police also arrested journalists, including freelancer Mandeep Punia. Cases were also registered against other journalists, including Rajdeep Sardesai, and Congress MP Shashi Tharoor, for alleged misstatements and wrong reporting on the rally violence. Thereafter, Tharoor, Sardesai and other journalists such as Mrinal Pande, Zafar Agha, Caravan’s Paresh Nath and Anant Nath filed separate pleas before the Supreme Court seeking protection from arrest. The Court on February 9 passed an order staying arrests and granted protection to the petitioners till the next date of hearing.

Apart from cases being registered against journalists and media houses, several FIRs were lodged against people allegedly involved in that day’s violence. In an application filed by an accused named Deepak, who was arrested by the police and not supplied with a copy of the FIR despite being sent to judicial custody, Metropolitan Magistrate Abhinav Pandey on February 9 passed an order directing the Delhi Police to upload all FIRs registered from Nangloi police station on its website.

While issuing directions to the police, the judge observed: “Needless to state, in all FIRs pertaining to the violence ensued in context of farmer’s agitation, registered at PS Nangloi, except where any reasons have been communicated to this court for not doing the same, the guidelines as laid by the honorable High Court shall be adhered to, and the FIR shall be uploaded on the website of the Delhi Police, so that representatives of the accused don’t have to run from pillar to post.”

Meanwhile, a petition was filed before the Delhi High Court by the grandfather of a deceased, Navreet Singh, a 25-year-old farmer who had an untimely death on January 26, 2021, while participating in the farmers’ protest. The petitioner sought enforcement of the petitioner’s right to fair investigation and justice, as well as the right to know the truth about his grandson’s death/murder, as guaranteed under Articles 21 and 14 of the Constitution.

He also wanted constitution of a court-appointed and monitored Special Investigation Team comprising of police officers with an unblemished track record of credibility and impartiality to carry out an independent and professional investigation in a time-bound manner.

The High Court bench, led by Justice Yogesh Khanna, on February 10 issued a notice on the plea and asked the respondent state to file a detailed status report. It listed the matter for next hearing on February 26.

On February 10, a Supreme Court bench led by Chief Justice of India (CJI) SA Bobde and comprising Justices AS Bopanna and V Ramasubramanian refused to entertain a PIL seeking a probe by a judicial inquiry commission into the R-Day violence. The Court granted liberty to the petitioner to withdraw and approach the concerned ministry. The petitioner had sought directions to set up an inquiry commission under the chairmanship of a retired Supreme Court judge to look into the clash.

At the hearing, the CJI said that the prime minister in his statement had said the law would take its own course, so the government was investigating it. “We are sure the government is inquiring into it and taking appropriate action,” CJI Bobde told the petitioner.

Recently, another petition was filed in the Delhi High Court seeking direction to the centre and the Delhi Police to immediately remove those squatting in the garb of a farmers’ protest and clear all the roads and public places after that. The plea, filed by one Dhananjai Jain, also sought the removal of Delhi Police Commissioner SN Shrivastava and punishment of police officers who had failed in discharging their duty. It claimed that the present case showed complete failure of the government and in particular the Delhi Police in maintaining law and order in a proper and effective manner and controlling the activities of miscreants. The matter was listed for hearing on February 16 before a bench comprising of Chief Justice DB Patel and Justice Jyoti Singh. However, due to the unavailability of the chief justice, the matter has been adjourned.

The farmers’ protest has got support not just in India, but worldwide. After the R-Day clashes, pop star Rihanna drew global attention to the cause of the protesting farmers through a tweet. This soon became viral, gaining more than 7,00,000 likes. While the tweet was supported by many, including some celebrities, there was a backlash against Rihanna with her tweet being called propaganda against India.

Home Minister Amit Shah retaliated with a tweet with hashtags #India AgainstPropaganda and #India Together. “No propaganda can deter India’s unity! No propaganda can stop India to attain new heights! Propaganda cannot decide India’s fate… only ‘Progress’ can. India stands united and together to achieve progress,” it said.

Later, teenage climate campaigner Greta Thunberg shared a link of a pro-farmers’ protest toolkit on Twitter. The toolkit is being linked to a conspiracy being hatched by a pro-Khalistani group.

Thereafter, the Delhi Police registered an FIR against the makers of the toolkit and arrested a 22-year-old climate activist, Disha Ravi, from Bengaluru. The Delhi Police in a tweet said that she is “the Editor of the Toolkit Google Doc & key conspirator in document’s formulation & dissemination. She started WhatsApp Group & collaborated to make the Toolkit doc. She worked closely with them to draft the Doc”.

Another tweet said: “In this process, they all collaborated with pro Khalistani Poetic Justice Foundation to spread disaffection against the Indian State. She was the one who shared the Toolkit Doc with Greta Thunberg.” Ravi has been sent to police custody by the magistrate of Patiala House Court. Later, the police also arrested Nikita Jacob and Shantanu for allegedly sharing the toolkit on social media.

On January 12, the apex court had stayed the execution of the contentious farm laws and appointed a four-member expert committee to study the concerns of the farmers and take the opinion of the government. It has to submit its recommendations to the Court within two months.

Read Also: Extradition: A powerful tool, but handle with care

Did you find apk for android? You can find new Free Android Games and apps.
Share
Facebook
Twitter
Pinterest
WhatsApp
Previous articleDevelopment Finance Institutions: Govt should learn from experience
Next articleExtradition: A powerful tool, but handle with care