Though PILs are meant to help the poor, they are being increasingly misused by vested parties. This has overburdened the judiciary and led to delays in disposal of bonafide cases. 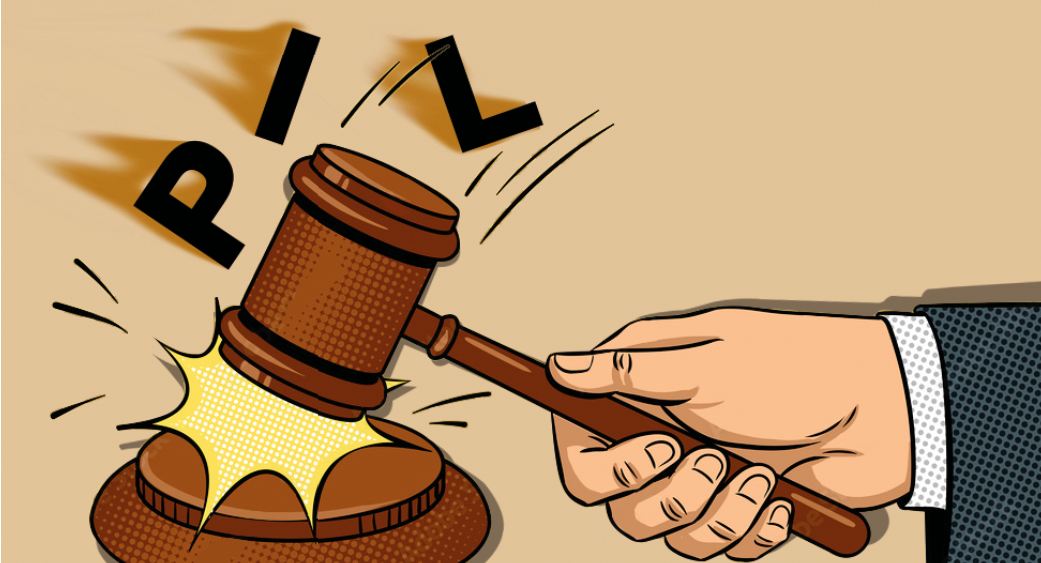 Public Interest Litigation (PIL), a concept pioneered by Justice PN Bhagwati, former chief justice of India, to secure justice for the underprivileged, is of late being misused. It is being used as a tool to abuse the process of the law by way of “frivolous” and “self-motivated” petitions being filed before courts in the guise of PILs.

One such petition was recently dismissed by the Delhi High Court with a penalty of Rs 10,000. A division bench headed by Acting Chief Justice Vipin Sanghi noted that the petition was “completely frivolous” and “does not call for any interference”. It also declined to entertain the plea seeking a “high level enquiry” into allegations that the AAP and its national convenor Arvind Kejriwal have links with banned organisation “Sikhs for Justice” (SFJ) and other Khalistani forces.

The petition was filed by Advocate Rudra Vikram Singh on behalf of Congress leader Jagdish Sharma and alleged that SFJ and other banned Khalistani groups had funded AAP to contest elections in Punjab. In this regard, a reference was made to a letter written by erstwhile Punjab Chief Minister Charanjit Singh Channi to Home Minister Amit Shah raising concern over the connection of AAP with the separatist forces and seeking investigation into the matter. The plea highlighted that a close ally of Kejriwal and a founding member of the party, Kumar Vishwas, had also made a statement on the same lines.

The petitioner knocked on the doors of the Delhi High Court as he was aggrieved by the inaction of the centre in initiating an inquiry into the matter despite the fact that Shah had assured him that a thorough investigation would be done in the matter. The Bench refused to entertain the petition and cautioned Singh against filing such frivolous petitions. “The relevant authorities are cognizant of the situation, where is the question of we directing any enquiry or investigation? Please don’t file such frivolous petitions,” Justice Sanghi orally remarked.

The concept of PILs traces its origin to the efforts of Justice PN Bhagwati and Justice Krishna Iyer, who recognised the possibility of providing access to justice to the poor by expanding the notion of locus standi. The writ jurisdiction of the Supreme Court or a High Court could be invoked under Articles 32 and 226 of the Constitution respectively by any member of the public or social action group acting bonafide for protection of the fundamental rights of those who, owing to social or economic or any other disability, cannot approach the Court.

The first PIL to be heard was Hussainara Khatoon vs State of Bihar (1979), which was filed by an advocate highlighting the plight of undertrials languishing in various jails in Bihar. A year later, in SP Gupta vs Union of India (1980), the concept of PIL as a weapon to provide access to justice to large masses of people who were denied basic human rights was heralded by Justice Bhagwati.

Interestingly, the term “Public Interest Litigation” has not been defined in any Indian statute. However, courts have interpreted and defined a PIL. The Supreme Court in Janata Dal vs HS Chaudhary, 1993, held that lexically, the expression PIL means a legal action started in a court of law for the enforcement of public/general interest where the public or a particular class has some interest (including pecuniary interest) that affects their legal rights or liabilities.

However, the PIL movement in recent years has been misused by students, lawyers and other stakeholders with vested interests. They file frivolous PILs concerning almost every issue under the sun, thereby overburdening the judiciary and leading to inordinate delays in disposal of bonafide cases.

To curb this menace, the apex court in State of Uttaranchal vs Balwant Singh Chaufal & Ors (2010) issued a plethora of guidelines for entertaining petitions filed in public interest. Some of them are:

(1) The courts must encourage genuine and bona fide PIL and effectively discourage and curb the PIL filed for extraneous considerations.

(2) Instead of every individual judge devising his own procedure for dealing with the public interest litigation, it would be appropriate for each High Court to properly formulate rules for encouraging the genuine PIL and discouraging the PIL filed with oblique motives.

(3) The courts should prima facie verify the credentials of the petitioner before entertaining a PIL.

(4) The court should be prima facie satisfied regarding the correctness of the contents of the petition before entertaining a PIL.

(5) The court should be fully satisfied that substantial public interest is involved before entertaining the petition.

(6) The court should ensure that the petition which involves larger public interest, gravity and urgency must be given priority over other petitions.

(7) The courts before entertaining the PIL should ensure that it is aimed at redressal of genuine public harm or public injury. The court should also ensure that there is no personal gain, private motive or oblique motive behind filing the public interest litigation.

These guidelines have been a guiding principle for the judiciary, which has on multiple occasions expressed its displeasure against the misuse of the concept of PIL and came down heavily on such litigants.

Recently, the Delhi High Court in CR Jaya Sukin vs Election Commission of India & Ors dismissed with a cost of Rs 10,000 a plea seeking the use of ballot papers in place of Electronic Voting Machines in any forthcoming elections. The Court termed the petition as a “Publicity Interest Litigation”.

In a similar fashion, in Pratyush Prasanna and Anr vs State of NCT of Delhi, the Delhi High Court dismissed with a cost of Rs 50,000 a petition alleging siphoning off funds donated by the public in the Chief Minister Relief Fund for Covid-19. It noted that such an allegation is made only to create sensation and to get publicity.

The Supreme Court in Esteem Properties Pvt Ltd vs Chetan Kamble, observed that even though PIL litigation has alleviated the conditions of the public in general, yet courts have to be cautious when examining locus standi in PILs to ensure that frivolous or private interests are not masquerading as genuine claims.

“Although the jurisprudence of Public Interest Litigation has matured, many claims filed in the Courts are sometimes immature. Thousands of frivolous petitions are filed, burdening the docket of both this Court and the High Courts. Noble intentions behind expanding the Court’s jurisdiction to accommodate socially relevant issues, in recent decades, have been critically analyzed.”

The Court in Pradeep Kumar Yadav vs Union of India & Ors dismissed with a cost of Rs 10,000 a petition seeking compensation for the kin of lawyers aged less than 60 years who had died of Covid-19, saying that the plea is bogus. It said it was “cut, copy and paste” from some other petition which was drafted by the counsel.

This highlights that courts have now started taking a more practical and strict approach while dealing with PILs by examining the bonafide of the parties in order to preserve the sanctity of these litigations.