The proposed SilverLine project in Kerala was meant to ease transport between the northern and southern parts of the state. Instead, it has now become a flashpoint for controversies. There are major concerns on the economic, social and environmental fronts. 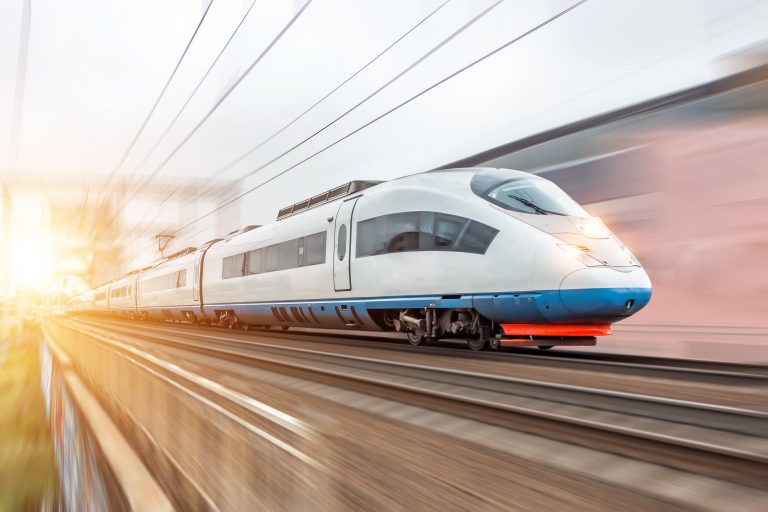 The Kerala government recently proposed a transportation project called “SilverLine Rail Project” that connects south and north Kerala. The project is also called “semi high-speed rail project” with an operating speed of 200 kmph. The rail is designed in “standard gauge” technology and will act as a standalone track. The proposed project highlights reduced travel time, low-carbon emission, connectivity with airports and faster economic growth as the major benefits. However, there are three major concerns on the economic, social and environmental fronts.

The Union Minister for Railways, Ashwini Vaishnaw, stated that the environmental impact caused by the SilverLine project in Kerala is a matter of concern. The minister was replying to the question raised by Hibi Eden (INC) in the Lok Sabha. The minister stated that the final approval will be granted only after conducting a detailed technological and financial feasibility study of the project. As Kerala experiences the threats of floods, the union government shall approve the project only after analysing the environmental footprint of SilverLine in the state, demanded Eden. The detailed project report does not imply that the Railways has acquired land for the project. The ministry will consider whether the state has acquired sufficient technology for the SilverLine and the condition of the land. The expenses of the project also have to be evaluated.

When Eden alleged that the survey stones are being laid for a project that has not acquired the final approval yet, the minister replied that he has no comments over it as it is a usual procedure carried out by the state governments.

Kerala’s SilverLine Project, a 529.45-km rail corridor connecting Thiruvananthapuram and Kasaragod with an operating speed of 200 kmph, was meant to ease transport between the northern and southern parts of the state. Instead, it has now become a flashpoint for controversies.

Kerala Rail Development Corporation (K-Rail) is a joint venture between the Kerala government and the Indian Railways. The latter holds a 49% equity share in K-Rail Corporation. As a result, the Railways is concerned over sharing the overseas loan liabilities of the project. The project, first announced 12 years ago, claimed it would reduce total travel time to less than four hours, compared to the present 10 to 12 hours between the two cities. With nine cars carrying 675 passengers, the train will run 18 trips daily. And it is expected to bring in Rs 2,256 crore from ticket fares, with a daily ridership of 79,934 commuters.

Kerala Chief Minister Pinarayi Vijay has dismissed the arguments against the state’s ambitious SilverLine railway project as “bewildering” and reiterated his pledge to see its completion. “If not now, when?” the chief minister asked, challenging the widespread claim that Kerala is not ready for such a project yet.

While acknowledging the grief of those who have lost their homes and lands on account of the project, Vijayan said that the government’s intention was not to hurt anyone. “We are only building the future for our children,” Vijayan said. He also added the government’s compensation to those who will lose their properties was four times higher than the current market value.

The Kerala government is determined to carry out the laying of boundary stones, which has met with widespread protests. It is planning to take legal action (destruction of public property) against those who remove the stones. The protesters will be arrested after registering cases against them. Those who are arrested would get bail only after depositing the amount equivalent to the value of the public property. So far, only 6,083 stones could be laid in a span of 182 km (of the 530-km track) in the face of protests. The revenue department is laying the boundary markers with the support of the police.

CPM state secretary Kodiyeri Balakrishnan said that the party is planning to launch a campaign to clear away the “misconceptions” of the protesters regarding the SilverLine Project. The party leaders, including the people’s representatives, will be assigned to discuss the matter directly with the public. Party members will inform the landowners that the land will be acquired only after dispensing the deserving compensations. The state secretary said that the campaign by visiting the respective houses is planned to be conducted through the district committees before the Party Congress in April. In rural areas, the landowners are assured to get a four-fold amount of the market price for their land. If the landowner is not satisfied with that amount, a price will be fixed later following a discussion with the people’s representatives that is acceptable to both sides.

Kodiyeri pointed out that similar protests were staged even during the land acquisition for Kannur airport. Then, the issues were settled after the talks convened by the revenue officials with the locals there. Likewise, the project will be carried out only after addressing the concerns of the public.

In Kerala, apart from this project, several ambitious projects are running or in proposed condition right now. The state will set up a full-fledged international greenfield airport about 48 km from the famous pilgrim centre of Sabarimala. The airport would be the fifth in the small state, while its fourth airport (established in Kannur) is yet to emerge as an economically viable project. The proposed airport project, however, has been stayed by the Kerala High Court. The construction of the airport would cause razing of several hillocks on which pineapples are being cultivated. The hillocks are crucial for the local environment, he said. Large scale commercial activity as part of the airport would adversely affect the fragile ecology of Pampa and Sabarimala portions of Western Ghats, which are already under stress, he pointed out.

Two years back, the Southern Bench of the National Green Tribunal had constituted a committee to look into the environmental impact of the removal of river sand from Pampa which the state government has permitted, citing possibility of overflowing of the river during possible floods in the coming months. A major controversy erupted when the state government had invoked National Disaster Management Act for the “desilting” of the river at Thriveni on the gateway to Sabarimala and transportation of the sand for commercial purposes. The state’s own forest department had issued an order countermanding the earlier order issued by the district collector authorising the removal of sand. When Chief Minister Pinarayi Vijayan backed the Collector’s decision on the removal of sand and expressed displeasure over the forest department’s act, the issue received statewide attention.

Kerala faced many environmental problems during the floods of 2018 and 2019. This year, in the Anamalai hills on the Western Ghats (where the famous hill station Munnar is located), there were 14 major landslides in a single location since the second week of May, when the monsoon rains started. The local community and environmentalists are attributing it to indiscriminate quarrying and unscientific expansion of the Kochi-Dhanushkodi national highway which passes through Munnar.

These issues are sparking protests across the country. Last year in Chhattisgarh, members of tribal communities marched 300 km to draw the country’s attention to the government opening up more portions of the Hasdeo Aranya, a dense forest tract on which people rely for survival and livelihoods, to coal mining. And yet the Union and state governments allowed mining to continue in the region.

In Goa, people have been questioning the purpose of three developmental projects that would mean cutting down more than 40,000 trees in two protected areas in the state. The projects involve a railway line, a transmission line and a national highway. For Kerala, there may be no silver lining in the project unless environmental and social issues are addressed.