The Court has refused to stay a decision of the state to allocate 50% super-specialty seats in government medical colleges to NEET qualified in-service candidates. This has aggrieved candidates who appeared in NEET-Super Specialty-2021. 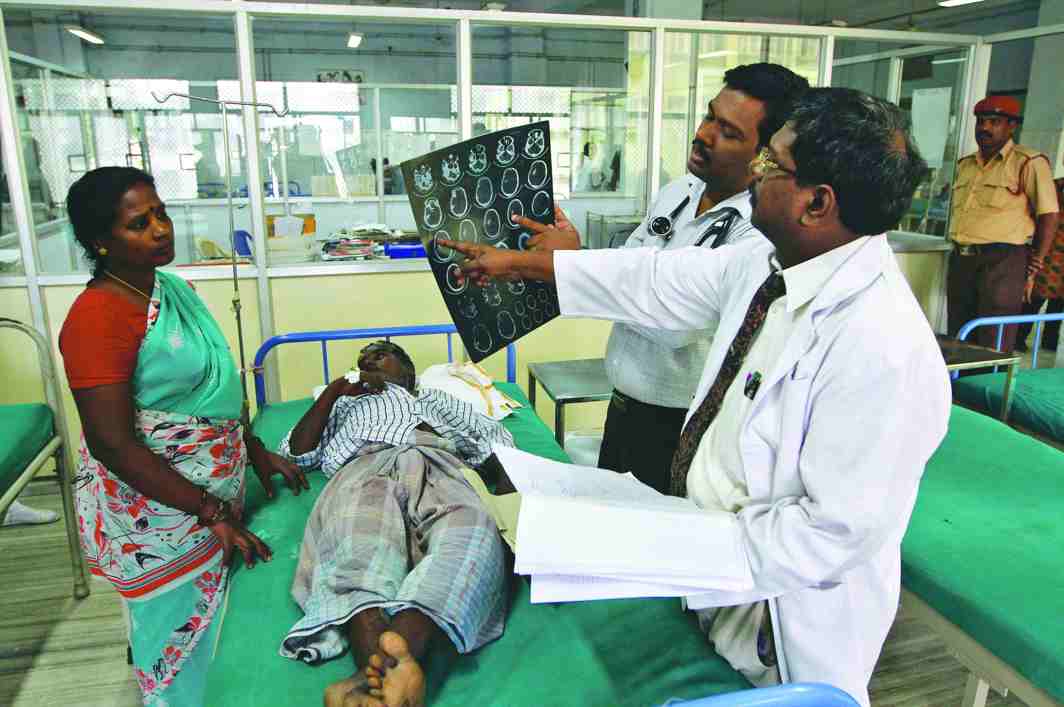 The Court was hearing a batch of petitions and appeals against a notification issued by the Health and Family Welfare Department of Tamil Nadu that provided this reservation. The petitioners, included N Karthikeyan, and are candidates who have appeared in NEET-Super Specialty-2021 which was conducted on January 10, 2022. They were aggrieved by the impugned order and stated that it was in clear violation of Article 14 of the Constitution as it creates an impermissible classification, contrary to the law.

“Various states have been attempting to impose different quotas on super specialty seats in Government Medical Colleges within their jurisdiction. The NEET-SS is a national examination conducted in pursuance of the mandate to coordinate standards of education across the country,” the petition said. The petitioners had prayed that the apex court test the validity of the impugned provisions by the government of Tamil Nadu.

The petitioners had also submitted that no reservation can be created mid-way through the examination process. Hence, they sought the Tamil Nadu government order of November 7, 2020, to be declared as unconstitutional as it was violative of Article 14. They also sought an order that admissions pursuant to NEET Super Specialty 2021 be conducted without providing reservations for in-service doctors.

Tamil Nadu had contended that taking away the power of the state to provide for sources of admission would violate the federal structure and lead to complete centralisation of policy-making in areas where the state is competent to make laws and policy. It further contended that “public health and hospitals are covered by Entry 6, List II (State list) in the Constitution”.

Tamil Nadu had relied upon a constitution bench judgement of the apex court in 2021—Tamil Nadu Medical Officers Association vs Union of India—where it was held that it was valid for a state to act under Entry List III to enact special provisions for admissions for in-service doctors in medical courses, including post-graduate courses.

In Chennai, Chief Minister MK Stalin said the Supreme Court’s order was an answer to the BJP government at the centre. “It is an outstanding judgment. Social justice will triumph in the fight against NEET, which has deprived rural students of medical education. The DMK government will continue to wage a legal battle for it,” read a statement released by Stalin.

The apex court on April 27, 2020, had directed that counselling for admission to super-specialty medical courses for 2020­2021 shall proceed without providing for reservations to in-service doctors. On March 14 this year, the Court had reserved its orders, having heard some top lawyers, including Senior Advocates Dushyant Dave, Shyam Divan, and Gopal Sankarnarayanan, speak for the petitioners. Senior Advocates CS Vaidyanathan, P Wilson and Additional Advocate General (AAG) Amit Anand Tiwari represented Tamil Nadu, while ASG Aishwarya Bhati was for the Union government.

“We are of the view that no case is made out for continuing the interim protection which was granted for the academic year 2020-2021 by interim order dated November 27, 2020. Thus, we reject the prayer in that regard. Needless to say, that the state of Tamil Nadu would be at liberty to continue counselling for the academic year. By taking into consideration reservations provided by the state,” decided the bench of Justices L Nageswara Rao and BR Gavai.

Senior Advocate CS Vaidyanathan and AAG Tiwari successfully argued that the candidates selected through in-service channels for the super-specialty courses are required to execute a bond that they will serve the government till their superannuation. They said in-service reservation was being provided with the avowed object of getting the services of such candidates till their superannuation.

The top court accepted their argument that if these reservations are curtailed, it would not only impact accessibility of quality medical care by the poor, especially in rural areas, but would lead to a situation where it would be impossible to run such courses due to lack of qualified teachers. “This is not a reservation. These are people who are already serving in government hospitals… This is a separate source of filling vacancies,” Vaidyanathan argued.

“It is trite that allocation of seats for in-service candidates is not in the nature of a reservation but is a separate source of admission; secondly, the state is empowered to provide for such separate source of admission which is a policy decision to serve a larger public interest, and the same, in no way, compromises the minimum standards prescribed by the Central legislation.”

The centre opposed the reservation policy, arguing it was against national interest. Countering the centre’s stand, AAG Tiwari said that the centre’s stand was inconsistent as it was already providing separate entrance examination for postgraduate and super-specialty seats and was providing separate entry for in-service candidates in the name of “sponsored candidates”. Furthermore, Tiwari submitted that the centre cannot be permitted to take a contrary view and oppose the separate channel provided for in-service candidates by Tamil Nadu. On March 22, Tiwari had approached the Court seeking correction in the order as it had been incorrectly noted that counselling was done by the State of Tamil Nadu when it is actually carried out by the Director General of Health Services.

Though, Tamil Nadu has succeeded in safeguarding its interest for now, as this is only an interim order, there is a long road ahead to safeguard the interests of in-service doctors there.

The matter will be listed for further hearing to establish the validity of the notification that provided this reservation in Tamil Nadu.