Governors have been the focus of controversies in recent times, clashing with respective chief ministers. The Rajasthan government’s proposal to bring in a legislation to give the chief minister the power to appoint chancellors for universities is yet another example 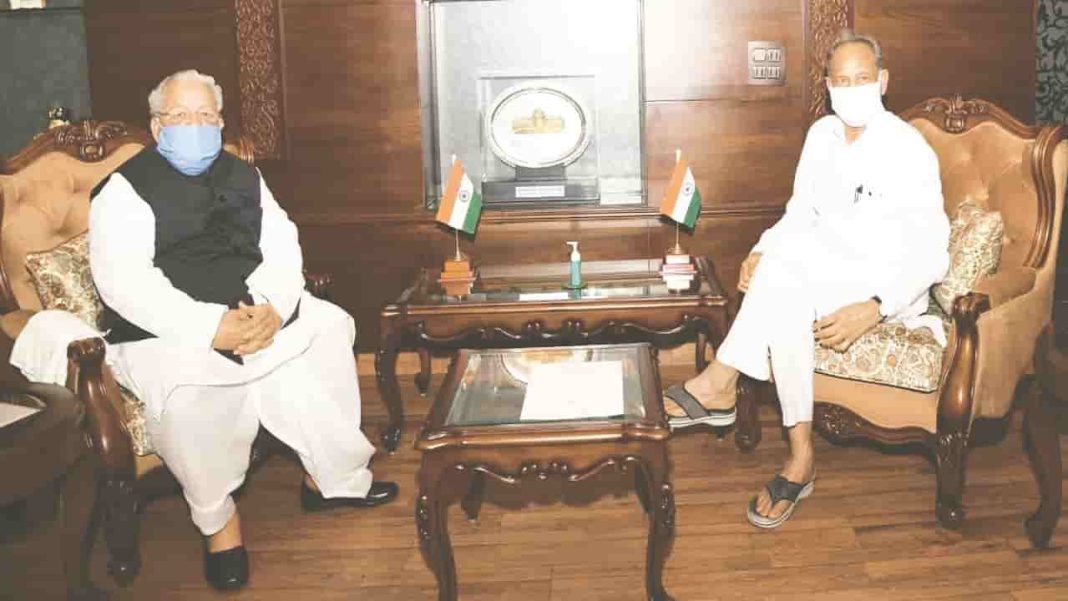 The move follows several instances wherein Rajasthan Governor Kalraj Mishra and Chief Minister Ashok Gehlot have been at loggerheads. Independent MLA from Sirohi, Sanyam Lodha, who is also an adviser to Gehlot, welcomed the move. He said: “I have spoken about this in the House as well. I also gave the example of West Bengal. Arajakta (anarchy) has started, people who are not eligible are becoming vice-chancellors and are later raided by the Anti-Corruption Bureau. The new Bill will bring uniformity.”

Earlier in the year, the Rajasthan governor had cancelled two meetings of the board of management and advisory committee of the Haridev Joshi University of Journalism and Mass Communication, kicking off a political controversy, with a University official alleging interference by the Raj Bhavan, while the governor’s office claimed the step was taken to ensure that no policy decision was taken towards the end of the tenure of the then Vice-Chancellor Om Thanvi.

In a similar move, the Mamata Banerjee-led government in West Bengal passed a bill to make the chief minister the chancellor of all state universities, instead of the governor. Identical moves are also being planned by Telangana, Karnataka, Maharashtra, Tamil Nadu and Kerala.

In recent years, it has been seen that elected governments in states are embroiled in a tussle with the centre, with non-BJP ruled states accusing the centre of interfering in the functioning of their governments, vicariously, by using the governor’s office to further the party’s political agenda while causing hindrance in governance.

The whole issue came to the forefront when West Bengal Governor Jagdeep Dhankhar was appointed as the governor of West Bengal in 2019. The state government had accused the governor of summoning the chief secretary and the director general of police on a regular basis and tweeting against the state government, tagging Chief Minister Mamata Banerjee.

The governor has had several run-ins with the state government, including Speaker of the state assembly Biman Banerjee, and had accused the Speaker of violating constitutional norms while addressing the media at the assembly. On the other hand, Banerjee accused the governor of conducting an unprecedented press conference criticizing the government and said he was misusing the occasion of National Voters Day.

According to the Speaker, the governor had told the Speaker before his visit that he would pay floral tributes to the founder of the Constitution, but “used the occasion to criticise the government inside the hallowed premises of the assembly which had never been done by any of his predecessors in the past. He did not even go to the press corner situated in the premises.”

Dhankhar has also withheld assent to the Howrah Municipal Corporation (Amendment) Bill, 2021, delaying polls to the civic body. He has also made allegations of impropriety in welfare schemes launched by the state and questioned the government claims about investments in the state.

The Governor of Maharashtra, Bhagat Singh Koshyari, had invited the BJP to stake claim to form the government, when it was very clear that without Shiv Sena’s support, the BJP would not attain a majority mark in the assembly. He had also refused to accept the recommendation of the state government over the nomination of 12 members to the legislative council, until the matter reached the High Court.

On similar lines, the Governor of Tamil Nadu, RN Ravi, had refused to act on the Tamil Nadu Admission to Undergraduate Medical Degree Courses Bill, adopted by the state assembly in September 2021.

Various commissions and judgments concerning the governor’s role and powers have been formed. They are:

Rajamannar Committee: It was set up by the DMK government of Tamil Nadu in 1969 under the Chairmanship of Dr PV Rajamanar. It was appointed to look into the question regarding the relationship that should subsist between the centre and the states in a federal set-up. In reference to the governor’s role, the Committee had emphasised that the governor of the state should not consider himself as an agent of the centre, but play his role as the constitutional head of the state.

Sarkaria Commission: In 1983, the Union home ministry established the Sarkaria Commission under the chairmanship of Justice RS Sarkaria, a retired judge of the Supreme Court. The Commission was tasked to provide recommendations for the smooth functioning of the centre and the states. It was entrusted to scrutinise and assess the working of the existing arrangements between the Union and states pertaining to powers, functions and responsibilities in all spheres and suggest reforms for the better coordination between the centre and states.

The Commission came up with various recommendations including:

*Hung Assembly: It provided the order of preference the governor should follow in selecting a chief minister in such a situation:

1. An alliance of parties that was formed prior to the elections.

2. The single largest party staking a claim to form the government with the support of others, including independents.

3. A post-electoral coalition of parties, with all the partners in the coalition joining the government.

4. A post-electoral alliance of parties, with some of the parties in the alliance forming a government and the remaining parties, including independents, supporting the government from outside.

*The Commission also recommended that the chief minister should be consulted before the appointment of the governor.

*The Commission was also of the view that the governor could not dismiss the council of ministers when it commands a majority.