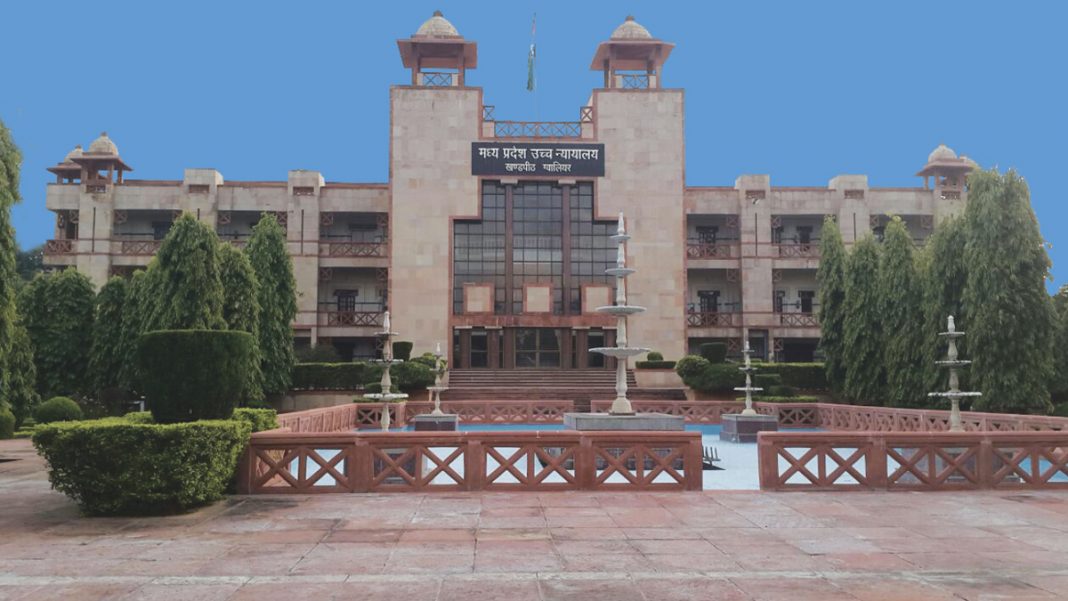 In a laudable move, the Madhya Pradesh High Court has said that producing suspects before the media is violative of Article 21 of the Constitution as unless he is convicted, his innocence has to be presumed.

The Gwalior bench of the Madhya Pradesh High Court has held that disclosure of the identity of a suspect in newspapers, on digital platforms or parading him in public prior to adjudication is an infringement of his fundamental rights.

In the present case, Arun Sharma vs State Of Madhya Pradesh, the petitioner was a tenant in a shop in Gwalior and the landlady complained to the police alleging that he was neither giving rent nor vacating the shop and was threatening to encroach upon her house too.

The police forcibly evicted the petitioner and took him into custody. Further, his photograph was published in the newspapers as well as on social media where he was projected as a hardcore criminal.

Later, a complaint was made to the superintendent of police (SP), Gwalior, after which an inquiry was conducted. It was found that the petitioner was an innocent person with no criminal antecedents. He was released as it was a case of mistaken identity. The police officer responsible for this fracas was suspended and the news of his suspension published in newspapers. However, the suspension was soon revoked and the officer was given another posting.

The single bench comprising Justice GS Ahluwalia asked the Advocate General of Madhya Pradesh Purushendra Kaurav to appear on behalf of the police officers responsible for the news being published in newspapers and requested advocates Naval Kumar Gupta and Prashant Sharma to argue in the matter as amici curiae.

The issue debated was whether the state government, by issuing an executive instruction, can violate the fundamental rights of an accused by getting their “uncovered faces” published in newspapers, other media or by parading them. The advocates submitted that “privacy, reputation and dignity of a person is an integral part of Article 21 of the Constitution of India and cannot be taken away merely for the reason, that the police has taken him in custody on the allegation of having committed an offence”.

They added that the violation of the fundamental rights of a citizen would make the state liable for payment of compensation. “Parading of an accused in general public, or publication of his personal details along with his covered or uncovered face in the Newspapers or on Social Site or on any digital platform, would be violative of Article 21 of the Constitution of India.”

They said that it is a well established principle of law that unless and until a person is convicted, his innocence has to be presumed, and the police cannot tarnish his image by projecting him as a hardcore criminal. If the police were worried about the conviction of the accused, then it must not only ensure the safety of the witnesses, but ensure that there was no delay in the trial due to non-appearance of prosecution witnesses. But the ground reality is that various trials are being adjourned for years together only because police witnesses do not appear before the trial court or the summons/bailable warrants/warrants issued against the witnesses were not served by the prosecution, they added.

Kaurav too submitted that the disclosure of identity in any form would violate fundamental rights.

The bench referred to State of Maharashtra vs Saeed Sohail Sheikh where it had noted: “That is especially so when the abuse is alleged to have been committed under the cover of authority exercised by people in uniform. Any such action is also open to critical scrutiny and examination by the courts.”

The bench noted that “in view of the findings recorded by the Superintendent of Police, Gwalior in punishment order dated 14-10-2020, as well as in view of the observations regarding preliminary enquiry report by Add. S.P., in the charge sheet issued against the respondents no. 4 and 5, this Court is of the view that the allegations levelled against the respondents no. 3 to 5, are glaring example of police atrocities which cannot be ignored by this Court, specifically when, not only the police personal are alleged to have forcibly evicted the petitioner from his shop without there being any order of the Court, but also kept him in illegal detention”.

The Court further said that “it is clear that privacy/reputation/dignity of a citizen of India is an integral part of Article 21 of the Constitution of India and cannot be infringed, unless and until a restriction is imposed by or under the authority of law and such the restriction should be reasonable having nexus with the object sought to be achieved….The privacy/ reputation/dignity of any person, including a hardcore criminal cannot be violated, unless and until the reasonable restriction permits to do so. Even if a person is a hardcore criminal, but still his details/history sheet/surveillance has to be kept discreet and there is no question of posting the photographs of history sheeters even at police stations”.

Further, the Court quoted from In-human Conditions in 1382 Prisons, In re (supra): “…retribution and deterrence cannot be an answer to the offence and the offender. The State must change its mindset to give true meaning to life and liberty of every offender”.

The bench directed the director general of police to immediately issue necessary instructions to the SPs of all districts in the state that there should not be any disclosure of the identity of suspects and victims under any condition nor any parading of them in public.