In order to reduce conflict with illegal miners and generate revenue from royalty, states are opening up areas for legal mining. But what are the consequences of this plan on wildlife? 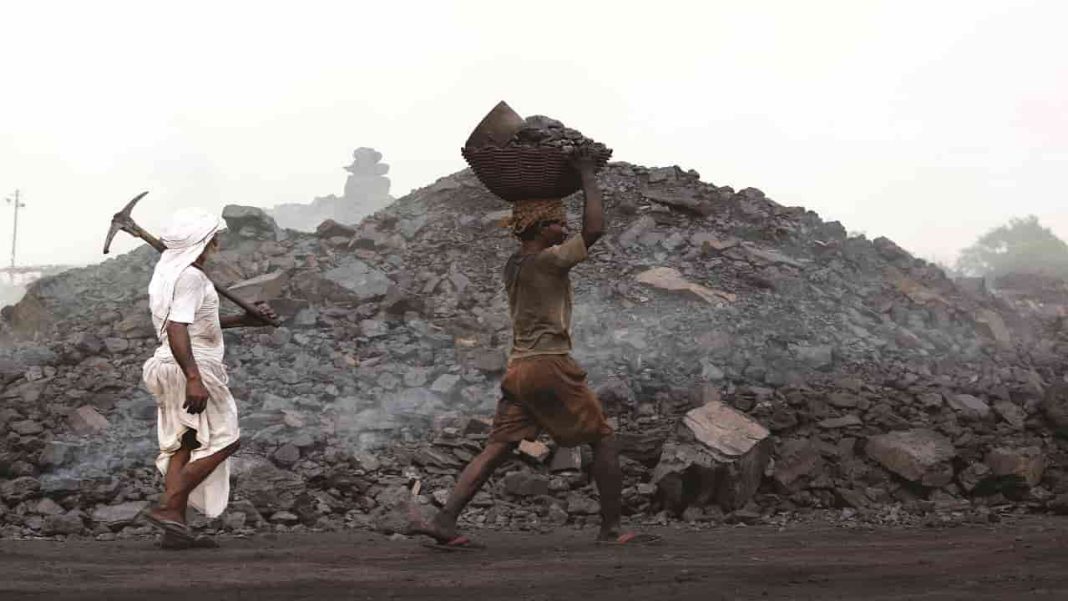 The Madhya Pradesh government has proposed to open 292 hectares for mining in five stretches along the Chambal river and its tributary, Parvati, to fight illegal mining in the National Chambal Sanctuary. Barodia Ghat, Dalarna, Rajghat-Piprai, Barbasin and Badapura are the areas proposed for mining.

The state government submitted a proposal in December 2021 to the Union Ministry of Environment, Forest and Climate Change stating that opening the five stretches would reduce conflict with illegal miners, increase local support and generate revenue from royalty, one-fourth of which could be used for strengthening protection measures. The measure will also help reduce the pressure of illegal mining. Incidentally, sand mining has been banned in the sanctuary since 2006.

Additionally, the proposal sought to make contractors of the soon-to-be legal quarries responsible for checking illegal mining on adjacent sanctuary land four times their leased areas, failing which their leases would be terminated.

As illegal mining has become a major commercial activity in the area, the rights of the people while ensuring conservation of biodiversity was the “responsibility of the government” under the policies of the Union government. They farm along the river, extract river water for irrigation and practice sustenance and commercial fishing. However, quarry activities destroy the natural nesting grounds of gharial, mugger and turtles. Over four lakh locals directly depend on various resources of the sanctuary.

The National Chambal Sanctuary was set up in 1979 as a riverine sanctuary. Its ravines stretch over 2-6 km wide along the Chambal River near the tri-point of Rajasthan, Madhya Pradesh and Uttar Pradesh. It is part of the Khathiar-Gir dry deciduous forests eco-region. The sanctuary is listed as an Important Bird Area and is a proposed Ramsar site.

Chambal river supports eight rare turtle species out of the 26 found in the country and is one of the cleanest rivers in the country. It supports more than 320 resident and migrant birds. It is the only known place where the nesting of Indian Skimmers is recorded in large numbers.

Chambal was chosen as one of the main areas for reintroduction of the species back into the wild after rampant poaching and fishing almost wiped out the Gharial population in the country in the 70s. Captive breeding and reintroduction programme was started.

The Madhya Pradesh forest division began work on the proposal on July 13, 2021. The state government proposed to tighten monitoring of vehicles carrying sand by marking them with registration numbers, barcoding royalty receipts with destination and time and creating a mobile application that allows verification on-the-spot.

However, according to environment expert Debi Goenka, opening an area for mining in Chambal will definitely harm the wildlife there. The sanctuary was created for the protection of wildlife and its habitat. The Gharial, the red-crowned roof turtle and the Ganges river dolphin which are rare and endangered species, will face additional threats if the sanctuary is opened for mining, he said. Moreover, other bird species which nest on the river banks and on the islands would also be in danger if mining is allowed in the sanctuary.

The Supreme Court on June 3 this year made it mandatory that there be no mining or factories within a one kilometre vicinity of any protected park or wild sanctuary. This eco-sensitive zone will not be permitted to have any developmental work. The Court also said that in case of an ongoing project, it can only continue after the permission of the conservator of forest. The Court added that all chief conservators from different places must list all existing structures that come under the Ecologically-Sensitive Zone and submit them within three months.

The petition under consideration was about issues concerning forest preservation. A bench of Justices L Nageswara Rao, BR Gavai and Aniruddha Bose held that mining should not be allowed in wildlife sanctuaries and national parks.

Jharkhand too has been embroiled in mining issues. On June 17, the apex court refused to pass any interim direction on a Jharkhand government appeal against a High Court order on the maintainability of two petitions seeking a probe by central agencies against chief minister Hemant Soren. This was for alleged irregularities in grant of mining lease and transactions of some shell companies allegedly operated by his family members. The Jharkhand High Court on April 8 issued a notice to Soren on a petition filed against him for owning a mining lease in Ranchi district.

Meanwhile, in Rajasthan, last November, the Supreme Court lifted the ban on gravel mining and accepted all recommendations of a Central Empowered Committee (CEC). The three-judge bench of Justices L Nageswara Rao, BR Gavai and BV Nagarathna said the gravel should be mined in Rajasthan while keeping the environment in mind. The Court also asked the Rajasthan government to deal strictly with illegal gravel mining. With the apex court’s acceptance of the CEC recommendations and allowing legal mining in the state, the general public will be able to get gravel at a cheaper rate.

Earlier, on November 16, 2017, the Supreme Court had banned gravel mining in Rajasthan. At that time, such mining was going on in 45 mines. After this, the state government terminated all Letters of Intent (LOI) of gravel mining on March 31, 2018, on completion of the stipulated period of five years. However, the LOI holders objected to that. Later, the Supreme Court continued with the termination of the LOI. On February 19, 2020, the Supreme Court directed the CEC to study and give suggestions within six weeks. However, due to the coronavirus pandemic, the committee could not submit its report.

The mining industry in India is a major economic activity which contributes significantly to the economy. The GDP contribution of the mining industry varies from 2.2% to 2.5% only, but going by the GDP of the total industrial sector, it contributes around 10% to 11%. The Mines and Minerals (Regulation and Development) Act, 1957 (MMDR Act 1957) was enacted so as to provide for the regulation of mines and development of minerals under the control of the Union. The Act has been amended in 1972, 1986, 1994 and 1999 in keeping with changes in the policy on mineral development.