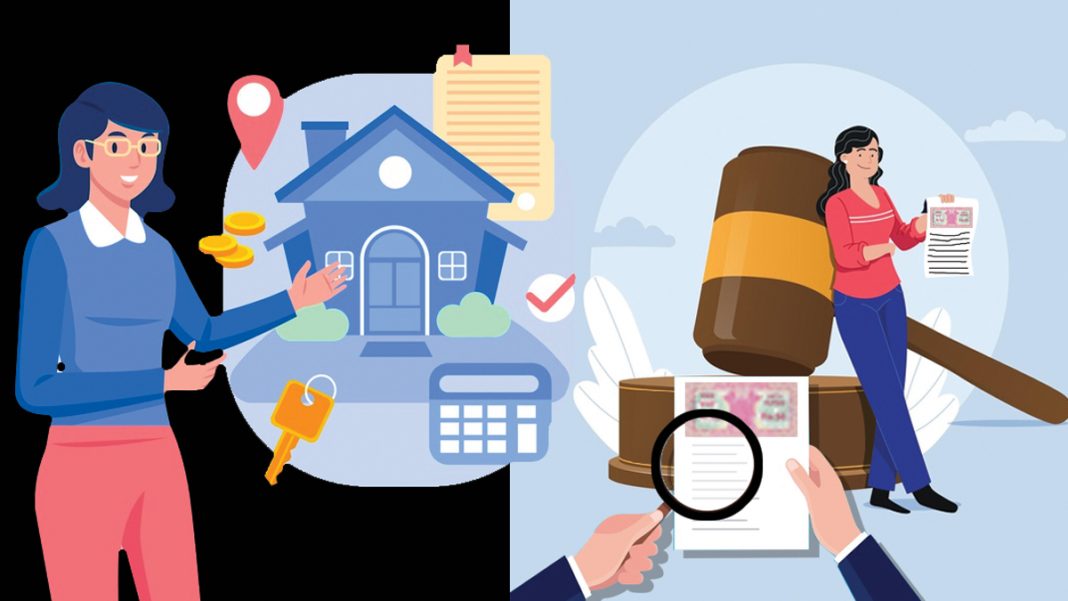 The Court has given progressive judgments on women’s property rights. While some ensured equal rights to daughters even when the father had died, others saw to it that married women were not left in the lurch due to desertion.

A girl child is usually considered a liability in India. Called “paraya dhan”, which translates to “wealth that belongs to another”, she is often in a dilemma between her paternal and matrimonial homes. In addition, her property rights have always been a grey area.

However, in 2020, the Supreme Court delivered two landmark judgments to ensure the rights of women from birth to death and to make them non-dependent on any male or female relative. While Vineeta Sharma vs Rakesh Sharma clarifies all the discrepancies related to the rights of the daughter in her paternal property, irrespective of her marital status, Rajnesh vs Neha ensures the safety of shelter and life if she is deserted by her matrimonial home. The special laws for women owe their roots to Article 15(3) and Article 39 of the Constitution.

The Hindu Succession Amendment Act, 2005, granted equal coparcenary rights in a Mitakshara coparcenary to the daughter in the same manner that a son would inherit by birth. However, the execution of such litigation led to various disputes which the Supreme Court attempted to settle in the Vineeta Sharma case.

Settling the contradictory rulings in Prakash & Ors vs Phulavati & Ors and Danamma@SumanSurpur& Anr vs Amar & Ors, it was held in the former that Section 6 of the Hindu Succession Act does not have a retrospective effect and would apply only when both the father and daughter were alive on the date of commencement of the amendment, i.e., September 9, 2005. In the latter, the Supreme Court gave the daughter an equal share in the father’s property as a coparcener even if he had died prior to the enforcing date of the substituted provision of Section 6.

In the current judgment of Vineeta Sharma vs Rakesh Sharma, the Court made it clear that the daughter will have the same rights and liabilities as a son. As the right of a son is vested onto him as a birthright, the daughter shall also receive such right by virtue of her birth in the family. Therefore, though the right can be claimed with effect from September 9, 2005, the provision is of retroactive application, but operates in futuro. They confer benefits based on the antecedent event.

At the same time, the legislature added a proviso that if there was any partition which had taken place before December 20, 2004, the date on which the Bill was presented in the Rajya Sabha, it shall not be invalidated. Moreover, while on the one hand, the right of dispossession of property to a daughter through testamentary succession is ensured, on the other, “the right of the wife of a coparcener to claim her right in property is in no way taken away”.

The Court had explained the notion of deemed partition stating that when the property remains undivided, the share of the coparcener is not certain and is fluctuating. It increases and decreases with deaths and births in the family.

Survivorship is the mode of succession, not that of the formation of a copar­cenary. Therefore, even surviving children of a pre-deceased daughter or son are given a share. In case the child has also died, then the surviving child of this person would be allotted the same share as the parent if he or she was alive at the time of the deemed/notional partition.

The statutory fiction of partition is far short of actual partition. The purpose of fiction is limited so as to work out the extent of the share of the deceased at the time of his death, and not to affect the actual partition in case it has not been done by metes and bounds. In case of the death of the coparcener, the coparcenary continues and later on, partition takes place between the surviving coparceners. In other words, until a partition is effected by metes and bounds, the daughter cannot be deprived of the benefits conferred by the Act. It does not matter whether the father was alive during the commencement of the Amendment Act, as long as the daughter was alive and the coparcenery existed. Thus, the right of the daughter to claim a share in the property can only be exercised after September 9, 2005, hence providing it a retroactive and prospective effect at the same time.

The Court thus held: “Uncertainty in the right of share in a Mitakshara coparcenary is inherited in its underlying principles, and there is no question of upturning it when the daughter is treated like a son and is given the right by birth; to be exercised from a particular date, i.e., 9.9.2005. It is not to resurrect the past but recognizing an antecedent event for conferral of rights, prospectively.”

However, the judgment makes sure to save the alienation, partition or disposition of the property, which had taken place before December 20, 2004, through actual partition which should be a registered document or have a decree of the court. If a preliminary decree for partition is passed, it will not amount to a partition unless an actual physical partition is carried out pursuant to a final decree.

As oral partitions were the law of the land earlier, Section 6(5) cast a heavy burden of proof upon the proponent of it before it is accepted. The intention of Section 6 is only to accept the genuine partitions that might have taken place under the prevailing law, and are not set up as a false defence.

After clearing the stance of women in inherited property, the Court in Rajnesh (supra) also looked at the plight of deserted women by putting out clear guidelines on claims of maintenance (interim and final). These are as follows:

Moreover, the “maintenance amount awarded must be reasonable and realistic, and avoid either of the two extremes i.e. maintenance awarded to the wife should neither be so extravagant which becomes oppressive and unbearable for the respondent, nor should it be so meagre that it drives the wife to penury. The sufficiency of the quantum must be adjudged so that the wife is able to maintain herself with reasonable comfort.” The Court further enumerated the grounds for deciding the quantum of maintenance in Part B-III of the judgment.

Undisputedly, 2020 has put a lot of grey areas in almost every field of legal interpretation due to unprecedented hardships faced by the citizens. Amidst the uncertainties and upcoming disputes, the Supreme Court has provided illuminating judgments on the most prevailing social problem, i.e., heterogeneity in the orders passed by various courts with regard to women’s property rights. Whereas Vineet Sharma vs Rakesh Sharma ensured equal rights of property to daughters even when the father had died before the Act came into effect, Rajnesh vs Neha made sure the married women are not left in the lurch due to desertion by husbands.