In India’s corporate culture, such names of entities are not very common. Such absurd names must have raised a red flag with the three popular banks while sanctioning loans, which have now become NPAs. But, they did not trigger alarm bells during background checks 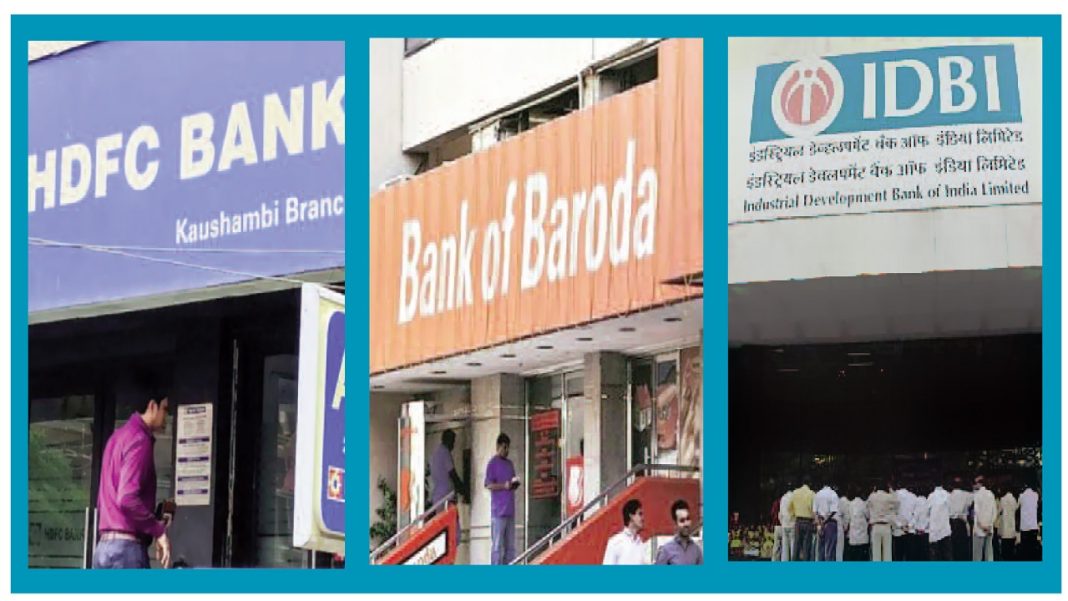 The saga of non-performing assets (NPA) continues. In the latest episode, three popular Indian banks have been taken for a dramatic ride for a total of Rs 150 crore by a couple of Indian companies, which have now become NPAs. They are IDBI Bank Limited, Bank of Baroda, and HDFC Bank Limited. The loans were sanctioned to Great Indian Nautanki Company Private Limited (GINCPL). The company owes IDBI Bank Rs 92.69 crore, HDFC Bank Rs 6.26 crore and Bank of Baroda Rs 49.23 crore besides interest, penalties, etc.

Now, all the three banks have sought bids through an e-auction for the disposal of 107.24 acres of land, possessed and mortgaged by GITCPL with these banks, in an attempt to recover their unsettled dues. The land plots going under the hammer are located in the Peroor village’s Ballamvati Mandal Panchayat of Kodagu district in Karnataka. The disposal of the secured assets for which the reserve price has been fixed at Rs 11.53 crore will be on “as is where is basis” on behalf of the secured creditors; all three banks. IDBI Bank has invited bids or offers for the disposal of the pro­perty of GITCPL as per the provisions of the Securitisation and Reconstruction of Financial Assets and Enforcement of Security Interest (SARFAESI) Act. The SARFAESI Act permits financial institutes and banks to auction the residential and commercial possessions of a borrower that has evaded on money owing.

New Delhi-based GINCPL was incorporated in September 2007. It is a subsidiary of Wizcraft International Entertainment Private Limited (Wizcraft) and runs a massive open-air live event venue called Kingdom of Dreams spread over six acres of land at Gurugram. Another source says it is owned by Wizcraft International Entertainment and Apra group. GITCPL, which is involved in sporting and recreational activities, was incorporated in January 2008 and is based in New Delhi. It is a non-government company with an authorized share capital of Rs 2 crore. Anumod Sharma and Sanjay Choudhry are directors of both the companies. SG Investments Private Limited is into what is described as “activities auxiliary to financial intermediation” and was incorporated in 2008. Anumod Sharma and Nilima Sharma are directors of the company.

The main entity in this episode that made Tamasha and Nautanki acceptable to banks is Wizcraft. It was a well-known organization that organized live events for international stars, and impressive award ceremonies for sporting events and the film industry. It clearly spun off Great Tamasha to produce a live entertainment destination at Gurugram called “Kingdom of Dreams” that has its own wiki page and was seemingly a “stylish destination” until the novel coronavirus upset its business.

In May 2021, insolvency proceedings by IDBI Bank against Wizcraft were welcomed by the Mumbai bench of the National Company Law Tribunal (NCLT). IDBI Bank appealed that Wizcraft had issued an unconditional and unrecoverable guarantee of Rs 60 crore on behalf of the GINCPL. Wizcraft failed in its attempt to deny the liability, which was a continuing one till the full outstanding amount was paid. The evasions started in 2014 and it was categorized as an NPA, way before the coronavirus hit.

IDBI Bank stated that hard recovery measures were introduced against Wizcraft. The bank sees the further possibility of considerable recovery through SARFAESI auctions, corporate guarantees, etc. However, with a low and shocking reserve price of 107.24 acres of the land mentioned earlier, it remains to be seen whether considerable recovery would be attained. Although Wizcraft had a turnover of Rs 327 crore and a net worth of Rs 46 crore in 2018-19, it would also have been squeezed by the coronavirus. Additionally, it has borrowings from many banks other than these three.

The Chief General Manager of the bank, Saumya Chaudhuri, declares that IDBI Bank has not been the major lender to GINCPL at any point in time and the outstanding of other banks stated in the advertisement have different dates. He also said that the other two banks, namely Bank of Baroda and HDFC Bank, have lent a lot more to this group than disclosed in the advertisement and this would only make considerable recovery tougher.

Furthermore, IDBI Bank says that this lending was managed as per the usual advancing standards after examining the feasibility along with other banks in the ordinary course of business. But did the bank make an effort to verify the clutch of new entities that were incorporated by the promoters in the same five years when GINCPL turned loss-making? How were they funded? If we dig into these areas, embarrassing outcomes will emerge. Many know that the IDBI Bank itself has been bailed out by the government, with public funds from the exchequer as well as Life Insurance Corporation of India Ltd, to keep it afloat. The latter, as a listed entity, has recently transited from a handmaiden of the government to one that owes its first accountability to investors.

In India’s corporate culture, names such as Nautanki and Tamasha are not very common. Such disapproving and absurd names must have raised a red flag with the lenders. The question is—why the names of the companies themselves had not triggered alarm bells when banks conducted their due diligence?
The epic role of a corporate name in the perception of a brand has been emphasized by many industrialists. Many books and write-ups on marketing, branding and entrepreneurship also stressed this point. It is not only the first point of reference with customers, but whole relationships are erected around how it presents itself. So, an intentional frisky selection suggests a kind of stupidity that ought to have been a red flag, particularly to serious and conventional bankers. After all, they are not angel investors eager to bet on a risky mission that shows great potential. Although, both GITCPL and GINCPL are basically doing event management at a specific destination, that may possibly have functioned if all the skill sets, rights, and talents were owned and focused in one entity, instead of being disbursed across manifold companies that were set up in rapid succession with the same address.

To conclude, bankers must be rule-bound people and obsessed with numbers with heavy accountability to make accurate lending judgments. Had they performed accordingly, they would have escaped the tamasha of dragging a guarantor through bankruptcy proceedings and the nautanki of having numerous guarantors for a high-risk entertainment business disreputable for payment problems. This episode is the joke, but the joke was on investors and customers.

Overall, it indicates how casually banks take their fiduciary duty of scrutinizing establishments to which they lend our money. In the Mallya-Modi-Choksi-Tamasha-Nautanki cases, it is hard to understand how the top management of the banks believed them in the hope of getting high voltage business. Even for a small business advance, bankers usually conduct a pre-sanction survey and other due diligence. In this case, it seems to have been literally a kingdom of dreams.

Did you find apk for android? You can find new Free Android Games and apps.
Share
Facebook
Twitter
Pinterest
WhatsApp
Previous articleMen as Victims
Next articleKanpur demolition: UP govt accuses Jamiat of trying to give mala fide colour to legal action