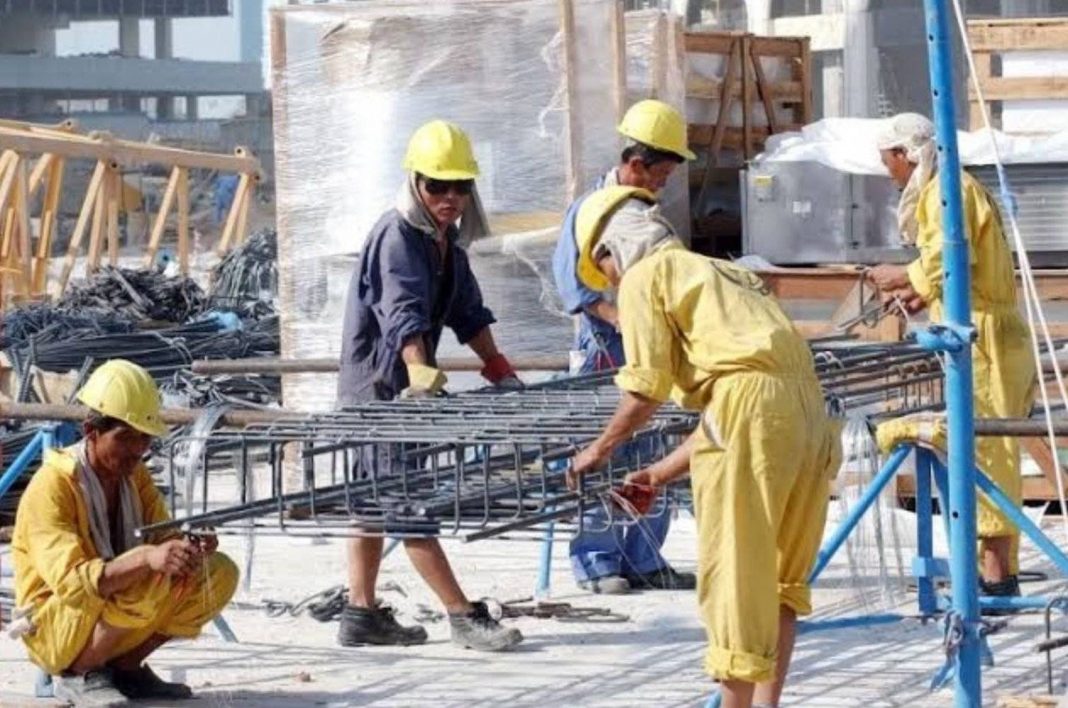 At a time when workers need to be supported, three labour codes have been passed which will lead to a precarious state of employment. This will seal the fate of 55 crore Indians who can be hired and fired easily now.

Since the announcement of the nationwide lockdown on March 25, 2020, the economy has been reeling under tremendous pressure from severe livelihood losses (78 percent), rising unemployment rate (47 percent), severe decline in consumption and production and an almost 24 percent contraction in GDP. If that wasn’t enough, inadequate public health infrastructure and lack of preparedness to curtail community level Covid-19 transmission have led to greater risks to more than 44 million migrants and informal workers. Under these precarious circumstances, the decision to either work or stay at home is not easy. If they decide to go to work, the costs of precaution in the initial days at the worksite is much higher and the probability of getting sick also increases as more often than not, the informal segment does not have adequate floor space index to maintain physical distancing. And if they stay back at home, the chances of decline in consumption, debt and poverty are high.

According to the ILO, as compared to pre-crisis levels (2019), a 10.5 percent deterioration in job losses is expected in India. This is equivalent to 30.5 million full-time jobs (assuming a 48-hour working week). The previous estimate was a 6.7 percent drop, equivalent to 19.5 million full-time workers. This is due to the extension of lockdown measures that lasted almost three months. According to the risk measures using the Economic Census (2015-16), says ILO, more than 43.6 million enterprises face high risks of serious disruption. These enterprises are operating in the hardest hit economic sectors, including some 23.2 million in wholesale and retail, 11.1 million in manufacturing, 5.1 million in accommodation and food services and 4.2 million in real estate and other business activities.

At this time, there is a need for urgent and progressive measures to support workers and businesses, particularly smaller enterprises. When the market that has to protect the interests of workers and small producers fails, it is the responsibility of the state to intervene and regulate it to enhance procedural efficiency and protect weaker informal workers. Instead, the state has haphazardly passed, without any adequate discussion and consultation, three labour codes. These are Code on Social Security, 2020; Occupational Safety, Health and Working Conditions Code, 2020 and Industrial Relations Code, 2020 within a span of four hours. This quick legislating will decide the fate of 55 crore Indian workers, leading to the immediate repeal of almost 44 central labour laws and more than 200 state-level laws that the workers had achieved over the last seven decades.

The changes in the newly enacted labour codes were driven primarily by the business fraternity and aim at improving India’s ranking in the “Ease of Doing Business” index and FDI flows. The main stimulus for these changes came from the Second National Labour Commission (2002) which recommended the codification of procedural aspects of existing labour laws, which will increase compliance costs of Indian firms. The changes have not only brought down the procedural aspects of laws, but also significantly diluted substantial aspects which were enshrined in the Directive Principles of State Policy of the Constitution.

As a pretext to these changes, Gujarat and Rajasthan have been called model states for augmenting economic growth by changing their Contract Labour Act, 1970; Industrial Dispute Act, 1947 and Factories Act of 1948 in favour of employers. A flexible and business conducive regulatory environment has been flaunted to reduce inequality, generate employment and promote higher economic growth. The economic rationale for reforming labour laws would reduce the burden of labour costs and thus allow enough flexibility to employers to adjust their production activities and manage labour demand according to prevailing market conditions. There are two implicit assumptions to this first, higher employability of firms would stimulate labour demand and thereby, increase aggregate employment. Second, this would then lead to better wages and could reduce overall employment and wage inequality.

An empirical analysis of existing Annual Survey of Industries (factory level) data between 2010-18 shows that in Rajasthan and Gujarat, amending regulatory changes in favour of employers leads to high intensity of contract jobs (bad jobs) as compared to regular/permanent jobs (good jobs). Figure 1 and 2 show the year-on-year (Y-O-Y) growth rate of regular and contract workers between pro-employer and pro-worker states, respectively. Since 2014-15, the share of contract workers in flexible states is rising tremendously as compared to regular jobs. On the contrary, the share of contract workers is either constant or declining in pro-worker states (Figure 2). This indicates the existence of an industrial relation mechanism and presence of trade unions, stimulating the collective bargaining between employers, workers and the state, leading to a positive impact on creating good jobs.

These two scenarios also produce starkly different results. When any state promotes an excessive number of contract workers, the wage and employment inequality between them and regular workers is likely to be higher. In Figure 3, using the Annual Survey of India (2010-18) data, we can see the extent of inequality in employment and wage salaries between different types of workers. Using a widely used Thiel Index (Sapkal, 2019), the measure indicates that inequality is almost equal for all four states, indicating that some sectors and factories have access to collective bargaining for better wages and working conditions as compared to those sectors which don’t have robust collective bargaining. The overall inequality between income and employment share is high in Gujarat and Rajasthan, whereas it is low in Maharashtra and Kerala.

With the enactment of labour codes, the Indian labour market is moving towards a precarious and bonded state of employment. This will reinforce the existing inequality through debasement of labour rights and delegitimising the criticality of labour and labour rights.

It will intensify informality in several ways. Notably, it will informalise the formal sector and labour market securities such as employment, health, safety, skills and income will be weakened or destroyed.

The Code on Social Security, 2020, has consolidated eight legislations on social security and protection, including the Employees’ Provident Fund (PF), Employees’ State Insurance, gratuity, maternity benefits, etc, which invariably will exclude heterogeneous employment and segments of the informal sector. For instance, Section 2(6) of the Code retains the old threshold of only those sites with 10 or more buildings and other construction workers needing to be covered by the Code. In addition, “personal residential construction work”, which forms a large component of daily waged work such as MGNREGA, is excluded from the provisions of the Code. Second, the Code continues to accept the definition of waged workers based on wage ceiling, according to Section 2(82). However, such ceilings might be defined arbitrarily, and despite Standing Committees recommendations to remove it, the Code retains this clause. For example, the Dr Anoop Satpathyled Expert Committee recommended the National Minimum Wage (2019) at Rs 375 per day, which is not yet accepted by the Ministry of Labour and Employment. The Code has retained the older provisions of employment threshold size of 20 or more workers for PF and gratuity benefits, excluding the 15.6 million of micro and small enterprises from its ambit. Moreover, employers could misuse this restriction to exclude existing employees from this protection.

The Code does not emphasise social security as a right, nor does it make reference to its provision as stipulated by the Constitution. Instead of upholding the principles of the Constitution, the Code puts tremendous faith in the arbitrary decision making power of the Board of Trustees under ESIC and EPFO, which are more likely to cater to the needs of the market than workers. The Occupational Safety, Health and Working Conditions (OSHWC) Code has consolidated laws regulating these conditions. However, the Code excludes many branches of economic activities, most notably, the agriculture sector which employs more than 50 percent of the working population of India (Working People Charter, 2020). Even application of safety standards under this Code is based on the employment threshold criteria which exclude many value chain workers construction, brick kilns, powerlooms and new and emerging sectors such as IT and ITES, digital platforms, e-commerce workers, etc., The prevalence of industrial accidental deaths is notably high in manufacturing industries.

As per the annual report of the Directorate General Factory Advice Service, there are 31,602 factory units registered under the hazardous industry category and employing 1.97 million workers in 2013. This increased to 32,956 units employing 2.32 million in 2014. Due to its constricting legislative approach, 169.3 million workers who legally may not be working in scheduled hazardous industries but are engaged in the hazardous process are completely excluded from the purview of occupational safety and health laws due to the employee threshold criteria of the Act.

In the new OSHWC Code, such exclusion is continued. With regards to inter-state migrant workers, the primary burden has been placed on the contractor, who is himself a marginal player and is a scapegoat for the principal employers and large industry players, who get away without any serious liability for worker protection.

And finally, the Industrial Relations Code, 2020, has consolidated the foundation of industrial relations acts such as Industrial Dispute Act of 1947, Trade Union Act and Industrial Standing Orders Act. Section 5 of the Code grants the right to be paid minimum wages to an “employee”. Consequently, not every wage worker will be automatically entitled to minimum wages. In other words, Section 5 implies that a wage worker must fall within the definition of “employee” before he can claim a right to minimum wages. This assumes significance since the definition of employee in Section 2 (k) can act as a hurdle in the path to receiving minimum wages as several categories of wage workers can be excluded from this definition.

One of the most dangerous changes sought to be made is the institutionalisation of “fixed-term contracts” as a tenure of employment. Workers employed on a fixed-term basis may be terminated on completion of their contract even while there is an actual need for their services. In short, they may be terminated without any just and reasonable cause. This will further create instability and massive labour market unrest. Fixed-term employment does not guarantee the right to receive notice or wages in lieu of notice prior to the termination of services. Neither are such workers entitled to retrenchment compensation or freedom of association.

The Code has also increased the employment threshold criteria from 100 to 300 (Chapter VD and Chapter IV of Standing Orders) for seeking government permission for closure. This will exclude millions of establishments outside of the purview of labour legislation. Finally, the Code introduces dispute settlement mechanisms that are tribunals which are based on the case and Code rules rather than on legal precedence. This may grossly overlook each case through the labour jurisprudence and inevitably lead to denying access to justice.