Even as the pandemic left behind thousands of orphans, the centre has put into place a system which makes it easier to adopt them. This includes a tracking portal, making the process relatively straightforward. 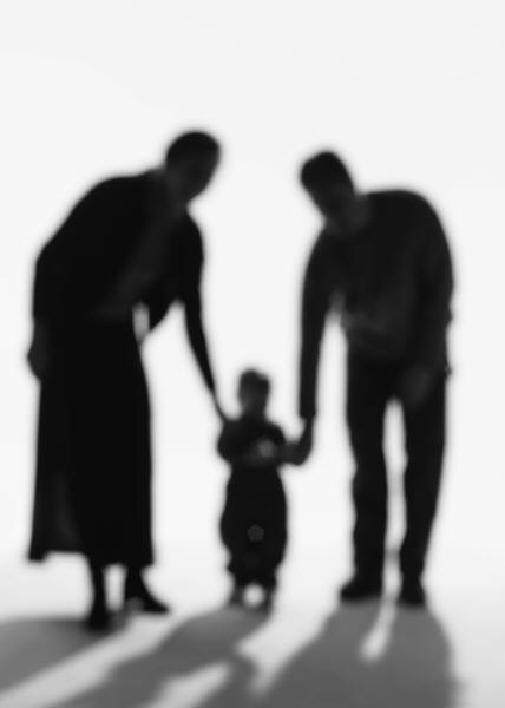 As many lost their loved ones during Covid, some choose to honour their memories by bringing home a child in need of healing too. After the second wave, India struggled to get back on its feet and there were lives which were never the same. These were the innocents who lost their anchors, their very support systems—their parents. Labelled “Covid orphans”, they are estimated to be 10,000 in India, a modest estimate. We have been reading with growing concern reports about how children are being “auctioned” on social media. Upon delving into the law of adoption, however, it is clear that there are adequate checks and balances in place.

What can one do if we find it in our hearts to adopt a Covid orphan? What does the law permit? How old must we be/how old must we not be/do we need to be married (if so how long for), can we be a minority? All this and more are the questions one must consider if taking this all-important and truly altruistic step.

There are two routes via which one can be legally responsible for a child that is not one’s biological child: Guardianship or adoption.

Would one be able to adopt one’s deceased neighbour’s child right away? Fortunately not. The first rule is that in these cases, the blood relatives get priority. On receipt of an abandoned child, the District Child Protection Unit puts up an alert with the child’s photograph and details in state-wide newspapers and requests the local police to try to trace the parents, and on the completion of such inquiry it shall declare the child legally free for adoption.

A child that has been surrendered can also be classified as a Covid orphan if the remaining parent is unable to care for it anymore. There will be no FIR filed against any such parent for failing to carry out their biological duties. (The same holds true for any biological parent who has to surrender their child.)

If nobody comes forward to claim the child—the Child Welfare Committee (CWC) comes into play. This panel has the role of assessing, examining and deciding the best route forward on a case by case basis. The Committee is the most important factor in the child’s life. As per the guidelines of the central government, any orphan, abandoned or surrendered child, declared legally free for adoption by the CWC is eligible for adoption.

What if one belongs to a minority religion?

The adoption process is overseen by CARA—the Central Adoption Resource Authority. There are certain eligibility criteria for any prospective adoptive parents: they need to be physically, emotionally and mentally stable, financially stable and for obvious reasons, not suffering from any life-threatening diseases. Those with three or more children are not generally considered for adoption.

It is worth noting that whether one is married or not is not a bar to adoption: A single woman can adopt a child of any gender. However, a single male is not eligible to adopt a girl. A single parent cannot be more than 55 years of age for a child aged 8 or above. For a 4-year-old, you cannot be over 45 years. These are rules based on logic, and heartening too, as traditional family structures dissolve.

The traditional procedure for adoption of a child in India is as follows: The first is registration with an authorised adoption agency in your vicinity. Counselling follows—this entails a social worker making a home visit to understand the motivation/preparation of the prospective parents. This needs to be completed within three months from the date of registration. The conclusions drawn are then reported to the court.

The next stage includes medical reports and time with the child, formal signing of documents and a hearing is held in a closed room with a judge. The judge may ask a few questions and will mention the amount which needs to be invested in the name of the child. Once this is done, the judge will pass the adoption orders. The adoption agency needs to submit follow-up reports to the court on the child’s well-being.

Can Parents Ask for a Specific Child?

Generally no, but preferences could include age, gender, skin tone and even religion. Adoption of abandoned, surrendered or abused children is governed by the Juvenile Justice (Care and Protection of Children) Act, 2015. Every child affected by Covid-19 and found to be in distress and without family support must be produced before the concerned Child Welfare Committee under Section 31 of this Act. It provides for the procedure for adoption of orphan/abandoned/surrendered children.

In case of an orphan and abandoned child, the Committee shall make all efforts for tracing the parents or guardians of the child and on completion of such inquiry without a carer, it shall declare the child legally free for adoption. It is provided that such a declaration shall be made within a period of two months from the date of production of the child.

In case of a surrendered child, the institution where the child has been placed by the Committee on an application for surrender shall bring the case before it immediately on completion of the period specified in Section 35, for declaring the child legally free for adoption.

Yes. An eligible non-resident Indian or overseas citizen of India or persons of Indian origin shall be given priority over complete foreigners in inter-country adoption of Indian children.

As per the JJ Act, prospective adoptive parents living abroad, irrespective of religion, if interested to adopt an orphan or abandoned child from India, may apply to an authorised foreign adoption agency, or central authority. The latter will prepare the home study report of the perspectives and sponsor their application for adoption of a child from India. On receipt of a satisfactory application of such prospective adoptive parents, the authority will refer it to one of the specialised adoption agencies where children legally free for adoption are available.

The new online tracking portal “Bal Swaraj (COVID-Care)” for children in need of care and protection is a digital real time monitoring mechanism aimed at tracking the children right from their production before the Child Welfare Committee to their restoration to their parent/guardian/relative and its subsequent follow-up.

The nodal officers at the state and district level provide data on the Bal Swaraj portal-Covid Care link. It is important that they fill the data in a timely manner, with the child categorised to have become an orphan or lost either of the parents to Covid.

Any disclosure of children’s information by government authorities to private NGOs and organisations is in violation of Section 74 of the Juvenile Justice Act, 2015. The Act prohibits disclosure of identity of children with regard to the name, school, age, address, etc. Therefore, no such confidential information about children is to be provided to any person/entity/organisation which would make them susceptible to trafficking, abuse, illegal adoption, etc.

While the concerns are clear, the downside is that well-meaning NGOs with the means to help have effectively been turned away from government entities. For them to gain access to these Covid-19 orphans and successfully help them, they need to approach the CWC and obtain an order/recommendation for the purpose of sponsorship/financial support. One wonders if this system could be simplified.

The Union Ministry for Women and Child Development has told the health ministry that parents infected with Covid-19 who are being admitted to hospitals should declare on a form who their children should be handed over to if they die. Such a declaration would only come to the child welfare authorities’ aid, which will still be bound to follow due procedure for adoption of any child. It is critical that such children enter the legal adoption pool, not only for their well-being, but also for the legal protection of the entire family unit formed through adoption.

The good news in all this is that there exists a solid legal (national and international) route for adoption in India. To follow it, any concerned citizen can call Childline at 1098 to report a child who has been abandoned or orphaned. A concerned citizen can also take the child to the nearest Specialised Adoption Agency, which is a child shelter authorised to carry out the adoption process.

Among parents, there are a wide range of families at different stages, some of whom may well be willing to adopt children of any age. Hopefully, reading about the sheer numbers needing caring homes, and the relatively straightforward process to adopt, others will be tempted to take the plunge and adopt a child soon.

—The author is a barrister-at-law, Honourable Society of Lincoln’s Inn, UK, and a leading advocate in Chennai. With research inputs from Jumanah Kader and Tarun M