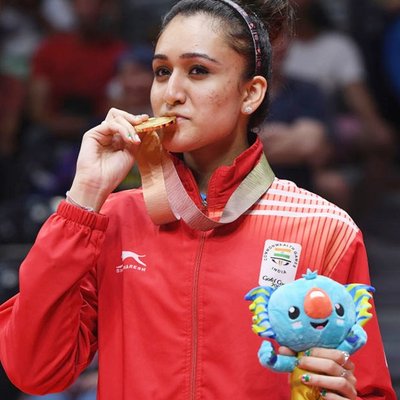 The Delhi High Court on Thursday stayed the ‘Rules and Regulations for National Camp’ issued by the Table Tennis Federation of India (TTFI) on August 4, on a petition filed by Manika Batra, the highest-ranked Indian Womens Table Tennis player internationally, seeking inclusion in the contingent representing India at the Asian Table Tennis Championship, to be held at Doha from September 28.

Justice Palli was inclined to allow Manika Batra to participate at the Asian Table Tennis Championship to be held at Doha, but Senior Advocate Sachin Datta appearing for Batra, stated that she would be better off, preparing for the next tournament.

Justice Palli: If this is how a national sports federation functions, the government might as well takeover.

Justice Palli slammed TTFI, stating that she was shocked with the conduct of TTFI after the orders of the court on the previous day of hearing, while also suggesting that the Centre should suspend this sort of a committee.

2. Directing the Union of India through the Ministry of Youth Affairs to enquire into the management of TTFI, conduct of Soumyadeep Roy and other officials of TTFI.

Additional Solicitor General (ASG) Chetan Sharma appearing for the Centre submitted, merit is the only criteria for representing India and attending a camp is not a pre-cursor for playing for India. He added, there is no provision in the Sports Code that supports the conduct of TTFI.

On the prayer of Manika Batra seeking an enquiry into the management of TTFI, conduct of Soumyadeep Roy and other officials of TTFI, ASG Sharma informed the court that the Centre would appoint a committee to look into the same.

My Coach was not granted access to venue during Tokyo Olympics: Manika Batra

Sachin Datta submitted that Batra’s Coach although was present at Tokyo during the Olympics, but was not granted venue access, forcing her to compete alone. He added that the job of a coach in Table Tennis is to device strategies to overcome the opponent and instead of allowing her coach who has helped her reach her current rank, Batra was being compelled to take coaching from Roy, who asked her to throw away her match.

Senior Advocate Datta pointed the court’s attention to the fact that most athletes selected for Asian Table Tennis Championship attended the camp only for a few days, but were selected for the tournament. Further, the TTFI had to cut-short the camp, as several snakes were found at the venue, he added. Datta requested the court to look into the possibility of appointment of an administrator to carry out the functions of TTFI.

Advocate Hrishikesh Baruah, appearing on behalf of TTFI, justified the rules passed by TTFI, relying upon similar rules being followed by Federations of Archery, Weigh-lifting, Judo and Athletics.

Advocate Baruah further clarified that the federation was not against Batra and wanted her to compete and for the same reason was ready to accommodate her, four days after the camp started.

He further clarified that Soumyadeep Roy has never been part of the camp, Batra was expected to attend.

The petition alleged that TTFI was carrying out its selection processes in a non-transparent manner, targeting certain individuals such as the Petitioner and acting completely contrary to the interest of Sports and Sportspersons.

In the petition Batra has made serious allegations against Soumyadeep Roy, former National Coach, Indian Table Tennis Team. According to the plea, Roy pressurized Batra to throw away a match, only with a view to help one of his trainees at his private academy to qualify for the Olympics, 2020.

Soumyadeep Roy pressurised Batra to throw away a match: Petition

In the petition, Batra made serious allegations against Soumyadeep Roy, former National Coach, Indian Table Tennis Team. According to the plea, Roy pressurized Batra to throw away a match, only with a view to help one of his trainees at his private academy to qualify for the Olympics, 2020.

The petition averred post the conclusion of Olympics, TTFI issued Rules and Regulations dated August 4, 2021, informing Batra that attending the National Coaching Camp is compulsory, failing which she would not be selected for any upcoming international event.

The petition claimed that only the personal coach would know the strengths, weakness, skills and areas which a player should focus and strengthen, however, these Rules do not permit any personal coach / support staff.

These latest developments come after the controversy at Tokyo Olympics, where Manika Batra had refused permission to Soumyadeep Roy to sit as her coach, during the singles event. The petition, filed by Advocate Akshay Amritanshu, has been listed for further hearing on October 20.