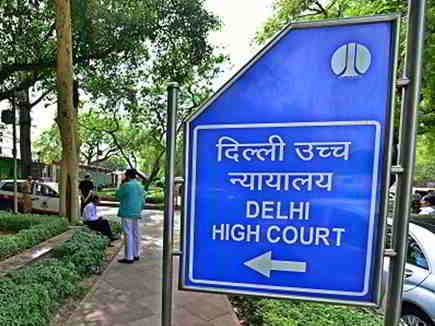 The Delhi High Court dismissed a plea seeking quashing of certain provisions of Delhi Maintenance and Welfare of Parents and Senior Citizens Rules, 2016 for being unconstitutional and violation of the other rights. The plea had challenged the powers of the state government in framing such guideline.

A bench of Chief Justice Rajendra Menon and Justice V Kameswar Rao upheld the rules stating that the “delegation of power to the state government to frame an action plan and to the District Magistrate to implement the same, is justified and not vague”.

The court’s judgment came on the plea which had contended that the provision of the Rules stating that they have transgressed the Senior Citizen Act enacted by the Centre in 2007 Act and gone beyond the ambit by making provisions which are not contemplated under the Act.

It said that the Rules bring into existence a substantive right and a new remedy of eviction, which does not find any mention under the provision of the parent act.

However, the court said that the Central government has retained the power to issue broad guidelines to the state governments in carrying out the execution of the provisions of the guidelines laid. It said that the Act was enacted due to the withering joint family system and to provide the basic amenities and physical needs to the senior citizens.

The court rejected the contention of the petitioners and stated that the Senior Citizen Act enacted by the Centre in 2007 empowers the state government to create guidelines for the welfare of the senior citizens.

“…the rules framed by the Government of NCT of Delhi, indicate the parameters on which the District Magistrate / Deputy Commissioner shall act, which includes, on an application by Senior Citizen / Parent(s) for eviction of his / her son, daughter or legal heir from his / her property (as defined under Section 2(f) of the Act of 2007), the District Magistrate, after getting the title of the property verified through SDM, and on consideration of the provisions of the Act of 2007, and forming an opinion that the son, daughter or legal heir are ill treating him / her by occupying their property, after following the principles of natural justice, by giving hearing to all persons concerned, pass an order of eviction”, said the Court.

It also said that the protection of life and property basically pertains to law and order, which is a state subject adding that obligation to prepare Action Plan has been put on the state government. It said that the Centre also has the provision of periodical review and prevent the misuse of the Act.