In India, there are no specific laws for HIV-affected children. And that’s why the supreme
selflessness of a Meerut teacher and the hurdles he faced while looking after 12 HIV+ kids needs to be lauded

The smile on their faces and the twinkle in their eyes speak volumes about the positivity in their lives. That belies the bigg-est negative they are battling—HIV+. But that has done little to dim this motley bunch of kids who giggle and nudge each other on seeing a new visitor at their home in Meerut. And looking after these 12 children, aged between six and 14 years, is Ajay Sharma, fondly called pitaji by them.

Sharma, who lives in Meerut in Uttar Pradesh, looks after these HIV+ children, who have either been abandoned by their families or are orphans. “How does one feel when there is no family and no one to call one’s own? When one is abandoned and there is no one to talk to? And especially when one is a poor and sick child,” he asks.

NEW LEASE
Sharma’s story is about how life gave him a second chance and how he coped with various difficulties. The son of a farmer, he led a normal life with his wife and two children in Meerut. As a social sciences teacher at an inter college, he was a content man until a brain hemorrhage in 2004 at the age of 31 left him in coma for 26 days. “When I opened my eyes and slowly recovered, I realized I had been granted a second life. And I wanted to do something for others.”

As he was looking for a purpose in life, he came across a news item in a local newspaper, which was about an HIV+ child who had been killed by his relatives after the death of his parents. That lingered in his mind. In 2005, he resigned from his permanent job and began teaching slum children.

But it was not until a three-year-old HIV+ child was brought to him that Sharma found his true calling. “The child had been abandoned by his family because he was HIV+. The people who brought him to me were seeking my help in finding an orphanage for him,” he says. But no orphanage was ready to take in a child with HIV, so Sharma brought the child home.

But with two healthy children of his own and a wife, did he face no opposition? His professor wife, Dr Babita Sharma, says: “I took the child in like my own. If educated people like us begin to discriminate, how can we think of educating society?”
Sharma adds that first we need to convince ourselves about our own beliefs and then only can we convince others. “If my own family had not supported me, how could I have sought help from society?” he asks. The child stayed with them for three-and-a-half months. By then, Sharma had decided to look for a home and take in more such children. But finding a home was not easy. “No one wanted to rent out a flat for HIV+ children. It took a lot of convincing and explanation to rid people of their doubts. There were too many social stigmas attached to the disease,” he says.

PROPER NURTURING
The children who were brought to Sharma were severely malnourished and had extre-mely low levels of hemoglobin. Proper care and nurturing saw them recovering fast, and today, they are a healthy and happy lot. But it wasn’t easy for Sharma financially, as he had to look after them with his meager savings and his wife’s salary. Finally, in 2009, Sharma registered his home as Satyakam Manav Sewa Samiti, a voluntary organization, which looks after HIV+ children who have nowhere else to go.

Convincing schools to take in these children was another uphill task. Finally, a government school and another by the name of Adarsh Vidya Mandir took in all the kids.

Sharma’s home looks after all the needs of the kids, be it food, health, education or recreation. “My children perform at social functions in the city, helping me create awareness about HIV and stressing on inclusion. I want them to be independent. As I do not have a cook, I cook all the meals along with these children. All tasks are done as a team. The older boys look after the younger ones,” he explains.

FAMILY SUPPORT
Arvind, 12, is happy since he came here. “I love to watch Tom and Jerry cartoons and dream of becoming a cricketer one day. Yahan hum sab ek parivar ki tarah hain. Sab kaam hum mil kar karte hain. (We all live like a family here. We do all the work together),” he says.
Ankur secures first position in class, physics being his favorite subject. He loves watching Pokemon during his free time. “I want to become a teacher when I grow up,” he says, his eyes full of hope.
Sharma says that a family environment is very important for every child, especially these children who need emotional support for good health. “It affects a child’s development in a positive way. I also try and persuade the families (if any) of these children to take them back. It’s not because I cannot keep them in this home, but because they would be much happier living with their siblings and other family members. I readily extend any help they might need.”

He cites the example of Ashim, whose brother and sister-in-law decided to take him back after understanding HIV and the myths surrounding it. Ashim says: “I was happy in the home with all my friends. But it feels nicer to be at home with bhai and bhabhi. I feel a part of my family now.”

“I strongly believe that the very society that abandoned these children, must be convinced to accept them. And that is what I am aiming at.” From free treatment and medicines to education (the children also learn yoga and dance), good food, vacations, trips and a healthy environment, everything is taken care of.
“If I help 20 children, I will teach each one of them to help as many. This could one day leave no HIV+ child without a family or home. That is my dream,” says Sharma.
An ennobling thought. 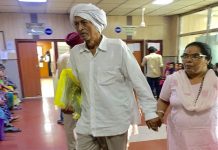 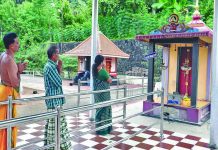 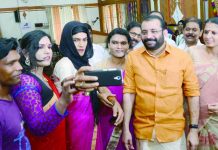