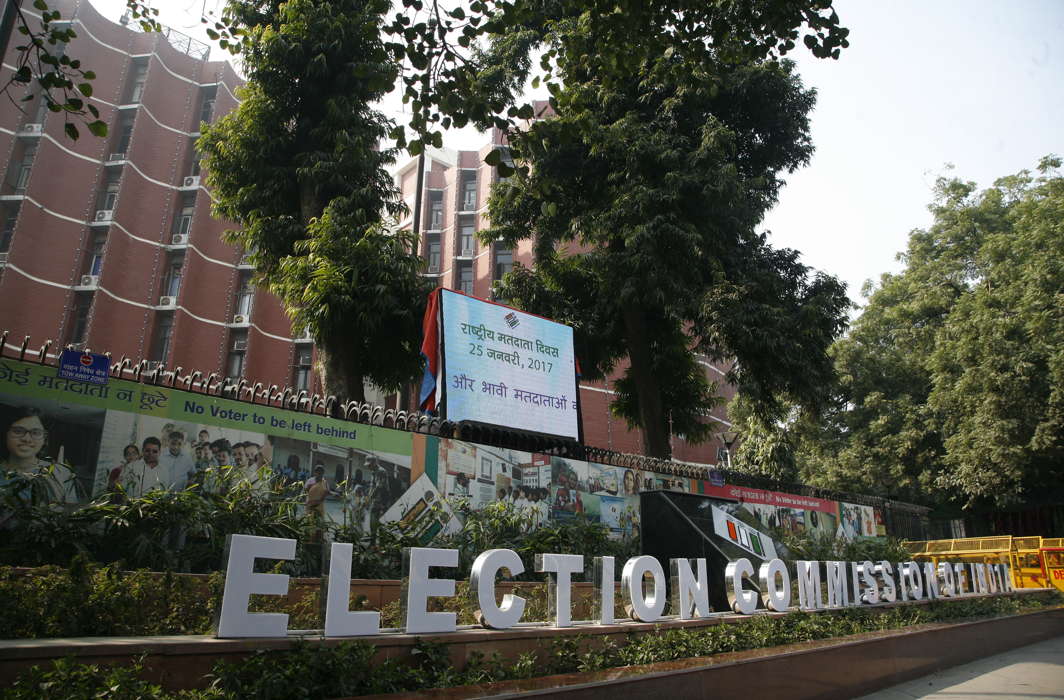 About three months ago, a Congress delegation from Madhya Pradesh led by state party chief Kamal Nath met Election Commission officials and alleged that the BJP government in the state had included the names of 60 lakh fake voters in the electoral rolls. They told the officials that many of these “voters” have the same name and photograph and are enrolled in different booths while some even have the same name and the same booth.

A subsequent probe set up by the Commission debunked the party’s claim of fake voters. A report submitted by the committee to the poll panel said that while there were no fake voters, there were cases of double entries because voter lists were not updated after deaths or relocation to other areas.

The apex court’s intervention has now ensured expeditious deletion of fake voters from the electoral rolls of the poll-bound states of Madhya Pradesh and Rajasthan.

The Court is seized of a joint petition filed Nath and his Rajasthan counterpart, Sachin Pilot, in this matter. Nath and Pilot have alleged that Madhya Pradesh has 60 lakh and Rajasthan 48 lakh bogus voters, respectively. Both want the Court’s direction to the Commission to ensure that the Congress’s plea is fairly acted upon.

The Court has asked the Commission to respond to the questions raised in the petition in the next hearing. In his plea, Nath has sought random verification of Voter Verifiable Paper Audit Trail (VVPAT) machines in the upcoming Madhya Pradesh assembly polls.

In Madhya Pradesh, the Commission has already deleted 24 lakh multiple voters from the state’s electoral rolls. In Rajasthan too, the process of deletion of ineligible voters has been set in motion.

Earlier, AICC-incharge of Rajasthan, Avinash Pande, had complained to the Commission about 42 lakh fake voters. Acting on the complaint, the poll body had started a special survey to conduct physical verification of voters.

A draft of the voters’ list published by the Commission on July 31 had 4.94 crore voters in Madhya Pradesh while the draft published in January this year had 5.07 crore voters. In the 2013 assembly elections, the electoral roll of the state had 4.54 crore voters.

But the Congress is still not satisfied with the deletion of 24 lakh voters. It has urged the Supreme Court to direct the Commission to provide the electoral rolls in word format so that the party could pinpoint the existence of more fake voters. The Court on August 31 asked the Commission why it was reluctant to accede to the Congress demand.

The Court was hearing the plea seeking directions to the Commission to take steps to ensure free and fair assembly polls by weeding out alleged fake voters from the list. A bench headed by Justice AK Sikri asked the Commission to make its stand clear by September 10 on why electoral rolls should not be given in word format to the party as the list was given in the case of Rajasthan amid similar allegations.

Senior advocate Abhishek Manu Singhvi, appearing for Nath, told the bench that it was necessary to get electoral rolls in word format. He contended that the Commission had provided the list in PDF format which could not be used to track fake voters.

Chief Election Commissioner OP Rawat admits the existence of a large number of ineligible voters in both states. However, he contended during his Bhopal visit on August 27 that they are multiple voters, not bogus as the Congress has alleged. Multiple voters are the ones whose names have appea­red on more than one voter list.

How­ever, Congress Rajya Sabha member and lawyer Vivek Tankha disputes Rawat’s claim. “Let the Election Commission provide us the electoral rolls in word format and we will identify both multiple and bogus voters in it.”

The issue of fake voters has the Congress locking horns with the Commission since February this year. During the by-elections for Mungaoli and Kolaras assembly seats in Madhya Pradesh, the Congress complained that thousands of bogus names existed in the voters’ lists.

The Commission got the complaint investigated and found it to be true. The fake names were removed from the voters’ lists. Deletion of 23,878 and 10,095 names, respectively, from the electoral rolls in the Mungaoli and Kolaras seats created a massive flutter and raised a question mark on the Commission’s credibility. The collector of Ashok Nagar district, who was the district returning officer for the by-polls, was removed. The Congress won both the assembly polls. Subsequently, Nath had the electoral rolls scrutinised by a private company which claimed the existence of 60 lakh fake voters in it.

On June 3, Congress leaders approached the Commission, alleging that 12 percent of the state’s 50 million voters are fake. Nath and Jyotiraditya Scindia pointed out that while the state’s population grew by 24 percent, the voters saw a surge of 40 percent in the last five years.

“It’s shocking. The present Madhya Pradesh government is behind this,” Scindia, who is the Congress’ campaign committee chief in the state, said. The Congress alleged that the ruling BJP was involved in mass duplication of voters in electoral rolls.

Chief Election Officer of Madhya Pradesh Kantha Rao, who is known to be an upright and no-nonsense officer, has within days of assuming office, supervised publication of the revised voters’ list. The list has names of over 24 lakh dead, shifted, absentee and re-peat/duplicate voters. Over 10.69 lakh new voters have been added in the voters’ lists of 230 assembly seats, which made the total number of voters in all constituencies at over 4.94 crore on July 31, 2018.

Following the revision, it has turned out that the victory margin of 13 ministers of the Shivraj Singh Chouhan government during the 2013 assembly polls was less than the number of voters deleted from the list by the Commission between January and July 2018.

National General Secretary of the BJP and former minister Kailash Vijayvargiya’s 2013 winning margin of 12,216 votes from Dr Ambedkar Nagar-Mhow in Indore district was less than the 19,309 voters whose names have been deleted from the list till now.

Some senior Congress legislators also fall in this category. Congress chief whip in the Madhya Pradesh assembly Ram­niwas Rawat on the 2013 polls from Vijaypur seat of Sheopur district by 2,149 votes, while the number of voters deleted from the list of the same constituency now stands at 8,609 voters.

With the Supreme Court monitoring the matter and Rao earnestly weeding out fake voters, the Congress hopes its allegation of 60 lakh fake voters will prove to be true.