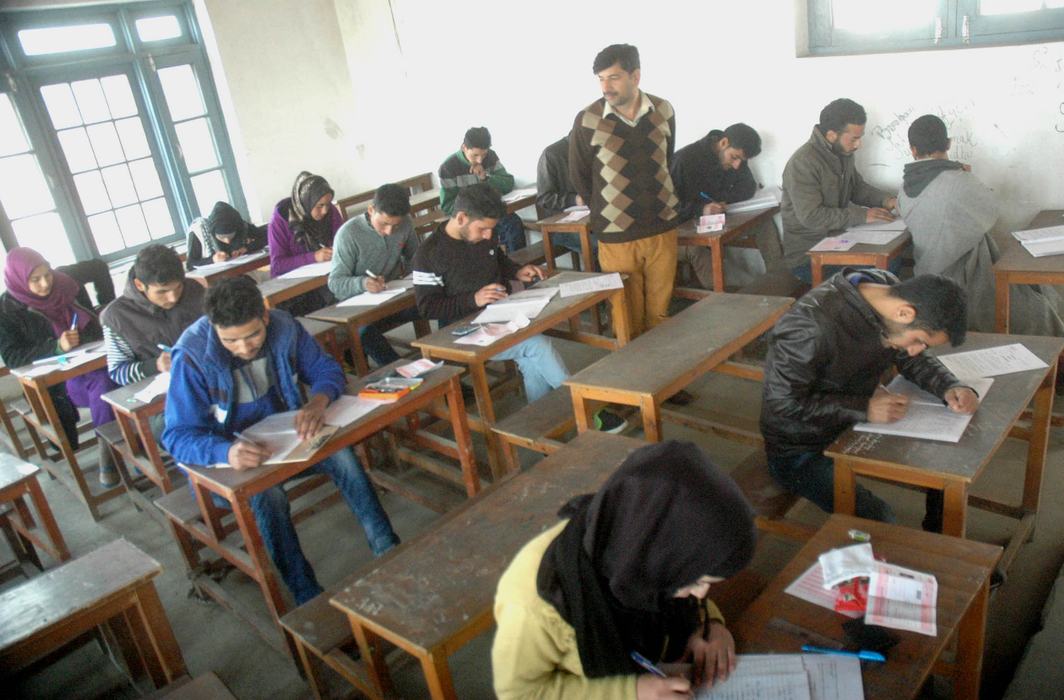 We are back to primitive hand-written study notes,” rues a teacher in a prestigious women’s college in Srinagar. That is how adversely internet curbs in the Kashmir Valley have affected formal education.

When contacted by India Legal, she explains on condition of anonymity: “Attendance has improved marginally but the majority of students are still not coming to class. They drop in to interact with us and get material for preparing for the exams and inquire about the date sheet. We share all that we had written by hand in the past with them. No longer can we glean the latest information from the internet,” she said.

There has been an undeclared boycott of educational institutions by students after the abolition of the erstwhile state of J&K along with its special status guaranteed under the Indian Constitution on August 5. Restrictions on the internet were imposed almost simultaneously.

The teacher said that the absence of the internet, coupled with “fear inbuilt in the present security and political situation”, has taken a heavy toll on education. The students want “to just get a degree and not acquire knowledge so essential for wider understanding,” she added. She said the students felt their future was bleak. “We teachers are settled in our jobs and there is some stability in our careers. The students live in a shaky present and see an uncertain future ahead. As it is, not all study books are available. The absence of the internet has further handicapped them. They are deprived of the latest information related to their courses and career op­tions. The 2016 batch has already lost a year. They will be fortunate if they can finish the course by the middle of 2020. It is heart-breaking to lose a year.”

In 2016, after the killing of separatist Hizbul Mujahideen commander Burhan Wani by security forces on July 8, there was unprecedented turmoil and violence in the Valley. Wani was regarded as the first militant to have effectively used social media to gain popularity.

Official circles cite his example to underline concerns about how the internet could become a tool in the hands of anti-national forces to mislead innocent youth.

The lack of internet access has also affected teachers. “We can’t update ourselves about the latest developments in our respective fields. We can’t avail of any online courses either to add to our professional qualifications. We can’t receive any information about academic conferences to attend either and benefit from interaction with our counterparts from different places,” said the teacher.

Learning something new can be a scary experience. Six months ago, a friend in Mumbai fell sick. As his health deteriorated, he decided to focus only on his well-being and discontinued several activities including the use of the internet on his mobile. We were part of a friends’ group on WhatsApp. Recently, we got a WhatsApp message that he had “left”. This caused alarm and there were worried calls within the group about his welfare. Finally, we heard that he was very much around. We learnt soon that “left” meant an automatic exit from WhatsApp because of 120 days of internet inactivity during which period, the service needed to be activated at least once. The underlying rule was: “No Internet. No WhatsApp”. The scenario was complicated by the lack of knowledge about the reasons leading to auto exit.

Sidharth Sahni, a telecommunication expert, said: “WhatsApp is a reliable ally, does not ask for money at all and provides free chats and calls. What has, however, to be understood is that it is not a stand-alone facility and is dependent upon the internet. For its part, WhatsApp has explained: “To maintain security and limit data retention, WhatsApp accounts generally expire after 120 days of inactivity. Those accounts automatically exit their WhatsApp groups. People will need to be re-added to groups.” With this background, it is easy to understand the panic caused by the exodus of a large number of Valley-based contacts from WhatsApp groups in the rest of the country.

Education had always been a top priority in J&K. Christian missionaries, Dogra rulers and two post-Accession “prime ministers”—Sheikh Abdullah and Bakshi Ghulam Mohammad—laid great emphasis on spreading quality formal education and there are enough institutions which testify to it.

In Srinagar, there is Tyndale-Biscoe School, named after Cecil Earle Tyndale-Biscoe, a British missionary, educationist and author who worked in the Valley. Then there is Sri Pratap College, the oldest institution of higher learning in Kashmir, set up in 1905 by Annie Besant, president of the Congress. Amar Singh College, the second oldest college in Kashmir, established in 1943 and named after another Dogra ruler, also bears eloquent testimony to the contribution of their founders.

One of the lasting images of the late Sheikh Abdullah after his return to power as chief minister in 1975 was moving from one examination centre to the other with a stick in his hand to personally check mass copying which had become rampant then.

Education took a nosedive after the emergence of armed militancy in the middle of 1988. Initially, there was occasional disruption of classes and yearly schedules amidst gun battles, which later became frequent. Now there is the silent boycott of educational institutions by students.

However, this has not affected exams as students need their degrees. This is a contradiction that manifested itself recently in the Rajya Sabha during an argument between Home Minister Amit Shah and the Leader of the Opposition, Ghulam Nabi Azad, about the ground situation in the Valley. Shah was right when he said about 99 percent students participated in examinations. So was Azad when he said that there was just “one to five percent” attendance in classes. To each his own.

Appearing in exams on home turf is easy. But, it has become tough for students wanting to get admission in professional colleges outside or appearing for competitive examinations. The first hurdle is submitting online applications. As there are a large number of students, there is a huge demand for limited computer facilities provided by the administration. As a result, there is overcrowding, delay and wastage of time. The impending National Eligibility and Entrance Examination (NEET) is a case in point. Over 24,000 aspirants have been struggling to submit applications online through 30 computers installed at the Tourism Reception Centre in Srinagar and 15 each at the National Informatics Centre and in the offices of deputy commissioners in all 10 districts. Students have complained of their inability to carefully read all instructions because of other candidates breathing down their neck. Moreover, the biting cold has been a dampener. If students are not openly protesting in the Valley, it is because of the fear that ins­tead of being heard, they may be locked up.

However, in Jammu region, the Jammu and Kashmir National Panthers Party called for a bandh on December 7 against the internet shutdown and other local problems. Party chief Harsh Dev Singh, a former cabinet minister in the erstwhile J&K state, said: “It is an insult to the ‘nationalist’ people of Jammu that they are being subjected to an internet gag and a communication blockade.” But only mobile internet has been shut since August 4 in this region. Broadband services are freely available.

All indications are that the government will persist with the restrictions in the Valley. While acknowledging that the “internet is an important tool of information today, and services should be reinstated as soon as possible,” Shah said in Parliament that “when it is the matter of India’s security, Kashmir Valley, Jammu and their people’s security, and a fight against terrorism, we have to set our priorities”. The view of the local administration is that “internet is a facility. It is not a constitutional right”.

Clearly, there is a long list of priorities. Education seems to figure very low on it. That is worrying.

Lead picture: The students in J&K live in a shaky present and see an uncertain future ahead