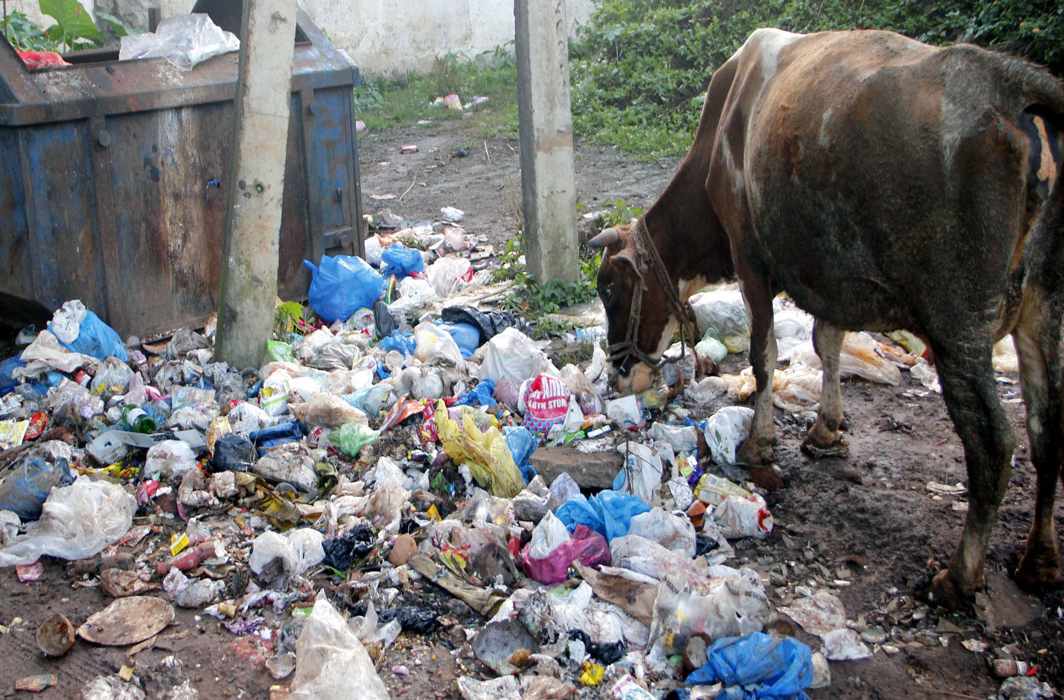 Above:  Around 40 percent of India’s plastic waste ends up in landfills, or gets dumped or burnt/Photo: UNI

In his Independence Day speech from the ramparts of the Red Fort last month, Prime Minister Narendra Modi made an urgent and impassioned plea, urging fellow citizens to make a serious effort to fight the menace of single-use plastic. It was followed by a similar exhortation on his monthly radio show—Mann Ki Baat.

It is now almost certain that by October 2 this year, six items using single-use plastic will be banned. These include PET bottles, disposable cutlery, straws, food packaging for takeaway and processed food and plastic bags. According to government officials, the ban will cover manufacturing, usage and import of these items.

“This is a good move, considering it has put the issue of single-use plastic in the national spotlight,” remarked Swati Singh Sambyal, programme manager, waste management, at the Centre for Science and Environment, a Delhi-based NGO working on waste and environmental issues.

“Plastic is not essential for survival,” said Professor CK Varshney, former dean, School of Environmental Sciences, JNU. “Single-use plastic degenerates and with wear and tear becomes very small pieces ranging from a few microns to even smaller, which is beyond estimation. This seeps into the air that we breathe; we are still unaware of the consequences. These micro plastics also contain chemicals. This appeal by Prime Minister Modi is hence long overdue.”

According to Hiten Bheda, chairman of the All India Plastics Manufacturers’ Association: “The type of articles to be banned is yet to be notified by the central government.” He is positive that there will not be a blanket ban on single-use plastic, but only on those which harm the environment. Admitting that the issue of plastic pollution is of a global scale, he supports the idea of banning of plastic which causes harm to the environment. “States like Tamil Nadu, Karnataka, Kerala and Punjab, to some extent, where a ban is in place, are more sensitised than other states.”

Gearing for the anticipated ban and to achieve the ambitious target of scrapping single-use plastic by 2022, the government machinery has already swung into action. The Railways has already announced that it will ban all single-use plastic—not only on its trains but also on platforms—from Gandhi Jayanti this year. Air India has announced that an action plan is in place to stop the use of single-use plastic on board. On August 20, the Lok Sabha Secretariat announced a ban on non-recyclable plastic water bottles and other plastic items within the parliament complex. It has requested all its staff, agencies and officers working within the complex to comply with the ban.

Why so much fuss about single-use plastic? The United Nations classifies single-use plastic (SUP) as products that are commonly used for plastic packaging and include items intended to be used only once before being discarded. They include disposable cutlery, fizzy drinks PET bottles, plastic bags, straws and stirrers, wrappers and takeaway containers, and processed food wrappers. India has not defined SUP, and often gets limited to polythene carry bags which is not the case.

Plastic is synthetic and can take anything from 500 years to an eternity to degrade, if not recycled. Although India’s per capita plastic consumption remains low at 12 kg/annum (2016-17) as compared to the global average of 28 kg/annum—almost 70 percent of the plastic ends up being discarded. This translates to 25,940 tonnes of plastic waste per day. According to the Central Pollution Control Board (CPCB), only 60 percent is recycled—the rest ends up in landfills, water bodies, drains and on our streets. This results in plastic ending up in landfills or getting dumped or burnt.

The problem of plastic waste has reached mammoth proportions. Since 1950, the total amount of plastic produced globally is equivalent to four Mount Everests. Though 94 percent of plastic is recyclable, plastic waste is seen everywhere. Leakage in collection of plastic waste and lack of adequate recycling capacity in most Indian states are the two main reasons behind this.

According to a report published by the CPCB, there are limits to recycling single-use plastic. It can be recycled only two to three times, after which it ends up in a landfill. With each recycling phase, the product quality deteriorates. Additionally, the process of melting plastic to recycle it requires high temperatures, contributing to global warming. Add to that the toxic fumes released during the process.

However, the industry has a different opinion. “India manages to recycle 60 percent of plastic waste, which is much higher than other countries. Recycling plastic is of a huge value,” said Bheda.

Plastic is an essential part of modern lifestyles, so getting completely rid of single-use plastic might require better planning. “Switching from plastic requires not only a mindset change but also a viable business case. People buy plastic because it is cheaper. If we want people to adopt alternatives, we must promote the alternatives,” says Sandeep Sen, senior journalist and former managing editor, Packaging South Asia. “The mantra should not be ‘say no to plastic’ but ‘say yes to glass or aluminium’ combined with technological solutions which can dispose of unsegregated waste without environmental damage or huge monetary costs.”

According to Govind Singh, founder of Delhi Greens, a Delhi-based NGO working to preserve the environment, “the community needs to work together to beat plastic pollution”. To this extent, the organisation is coming up with a document outlining 100 tips to avoid plastic and soliciting 100 tips from people at large.

According to Sambyal, the crusade against single-use plastic will be successful only if there is a clear definition of “single-use plastic” and guidelines for its phasing out. The ban on SUP must be effected in phases, considering that there are not many alternatives as of now. Nearly 47 percent of the global plastic waste generated comes from multi-layered food packaging, half of which originates in Asia. However, there are no cheap and readily available alternatives.

“For running a public awareness campaign on minimising and stopping the use of single-use plastic, behaviour change will play a key role. And for this, civil society, urban local bodies, schools, colleges and institutions across the country will have to be involved,” added Sambyal.

At present, the total direct employment in plastic recycling units is roughly 6,00,000, as per the plastic industry. Add to it the informal workforce which contributes roughly 2 percent of the urban population as per World Bank estimates. Hence, to ensure that the ban is successful, manufacturing of SUP must stop and it must be ensured that the affected workforce gets jobs through creation of alternative industries.

Implementing a ban of this scale will be a gargantuan task, considering our lifestyles, especially in metropolitan cities where life is unthinkable without single-use plastic. A future without plastic, thus, looks a long way off. 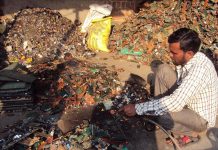