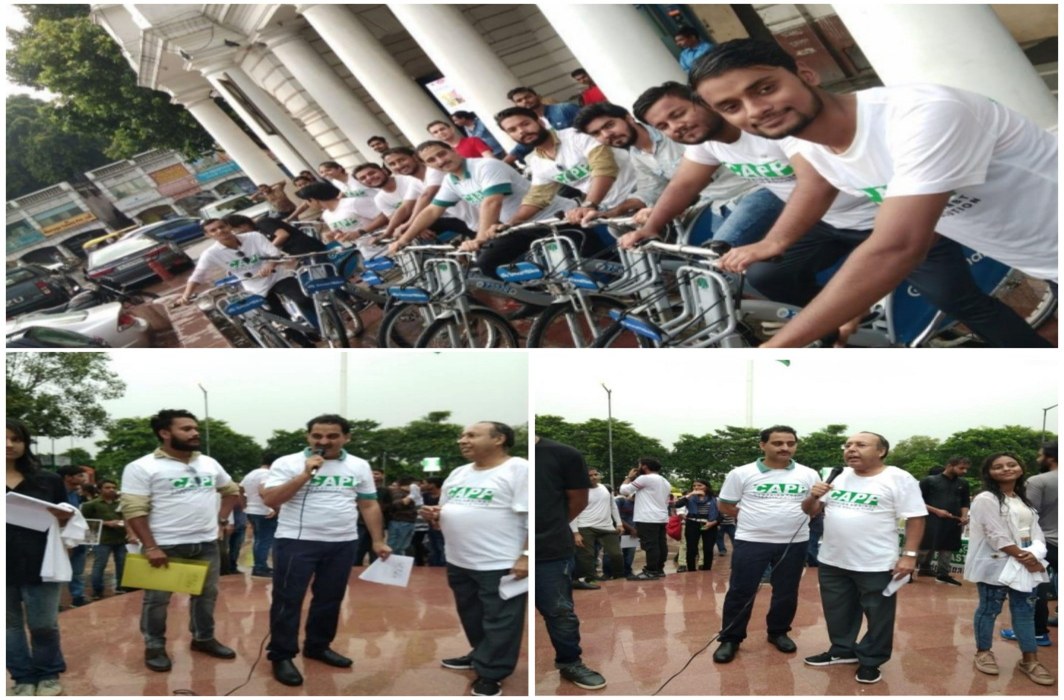 The Foundation for Campaign Against Plastic Pollution (F-CAPP) in collaboration with Rotaract Club of Galgotias Educational Institute at Connaught Place, New Delhi on 21 September (Saturday) organized an awareness camp. The aim was to draw attention of general public towards the havoc being played by indiscriminate use of single-use plastics on human health and animal life, both terrestrial and marine, as well as on environment.

The campaign was inaugurated by Shri Anoop Kumar Srivastava, Founder-Director of “Foundation for Campaign Against Plastic Pollution”. Advocate Naushad Ahmed Khan, member, F-CAPP anchored the programme throughout. The event was observed in the global climate strike week, initiated by young Swedish environmental activist Greta Thunberg, which is witnessing massive awareness campaigns from 20th September to 27th September 2019 across the world.

A nukkad natak was also held on the occasion, which highlighted how the pollution caused by single-use plastics has taken huge toll of terrestrial and marine animals as well as sea birds. As part of the campaign, a cycle rally was held.

Single-use plastic is cheap and hence its use is ubiquitous. Grocery bags, food packaging, bottles, straws, containers, cups, cutlery – items intended for single use are constantly being consumed and dumped. The enormous non-biodegradable waste created sits in landfills or reaches oceans where it takes thousands of years to decompose, exposing the world to toxic chemicals returning to the human food chain or simply choking hundreds of animal species of land, air and water. Organisations around the world are fighting to reduce plastic use.