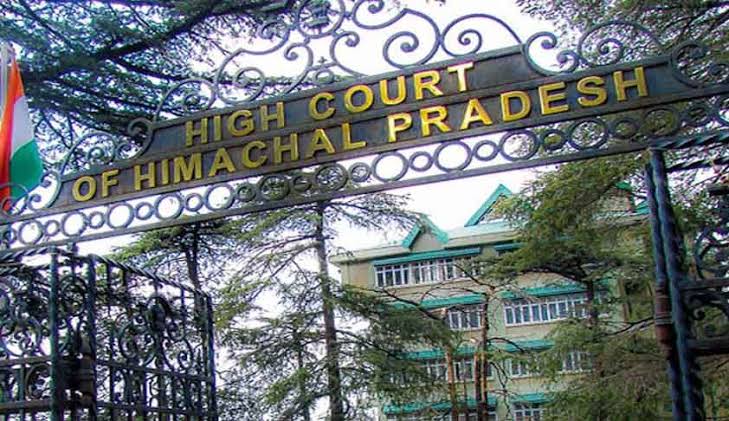 Justice Sandeep Sharma Himachal Pradesh High Court has given a wider explanation for exercising his powers under Section 482 CrPC while arriving at a decision, either to quash or Set aside the criminal proceedings or to continue it.

Brief facts of the case emerges from a car accident occurred at Kandyali, Kumarsain, District Shimla HP, which was being driven by the petitioner whereas complainant, who was sitting next to the petitioner suffered grave injuries after which he registered an FIR. During the pendency of the case both petitioner and complainant have resolved the matter amicably and their compromised placed on record with a prayer by petitioner to quash the FIR and consequent criminal proceedings.

High Court before coming on conclusion to quash the criminal proceedings under various Sections of Indian Penal Code & Motor Vehicle Act, has perused the Judgment passed by the Supreme Court in that regard. High Court noted Apex Court in Narinder Singh & Ors Versus State of Punjab and Anr (2014) Supreme Court Cases 466, has formulated guidelines for accepting the settlement and quashing the Proceedings or refusing to accept the settlement with direction to continue with criminal proceedings. Perusal of the judgment by Apex Court has returned the findings that power conferred under Section 482 of the Code is to be distinguished from the power which lies in the Court to compound the offences under section 320 of the Code. No doubt, under section 482 of the Code, the High Court has inherent power to quash the criminal proceedings even in those cases which  are  not  compoundable,  where  the  parties  have  settled  the matter  between  themselves.  However, this power is to be exercised sparingly and with great caution. Para Nos. 29 to 29.7 of the judgment is reproduced as under:-

“29. In view of the aforesaid discussion, we sum up and lay down  the  following  principles  by  which  the  High  Court  would  be guided in giving adequate treatment to the settlement between the parties  and  exercising  its  power  under Section  482of  the  Code while accepting the settlement and quashing the proceedings or refusing to accept the settlement with direction to continue with the criminal proceedings:

29.2.  When  the  parties  have  reached  the  settlement  and  on  that basis  petition  for  quashing  the  criminal  proceedings  is  filed,  the guiding factor in such cases would be to secure:

(ii) To prevent abuse of the process of any Court.

While exercising the power under Section 482 Cr.P.C the High Court is to form an opinion on either of the aforesaid two objectives.

29.3. Such a power is not be exercised in those prosecutions which involve  heinous  and  serious  offences  of  mental  depravity  or offences  like  murder,  rape,  dacoity,  etc.  Such offences are not private in nature and have a serious impact on society. Similarly, for offences  alleged  to  have  been  committed  under  special  statute like the Prevention of Corruption Actor the offences committed by Public  Servants  while  working  in  that  capacity  are  not  to  be quashed merely on the basis of compromise between the victim and the offender.

29.4. On the other, those criminal cases having overwhelmingly and pre-dominantly  civil  character,  particularly  those  arising  out  of commercial transactions or arising out of matrimonial relationship or  family  disputes  should  be  quashed  when  the  parties  have resolved their entire disputes among themselves.

29.5. While exercising its powers, the High Court is to examine as to whether  the  possibility  of  conviction  is remote  and  bleak  and continuation  of  criminal  cases  would  put  the  accused  to  great oppression and prejudice and extreme injustice would be caused to him by not quashing the criminal cases.

29.6. Offences under Section 307 IPC would fall in the category of heinous and serious offences and therefore is to be generally treated as crime against the society and not against the individual alone. However, the High Court would not rest its decision merely because  there  is  a  mention  of Section  307 IPC  in  the  FIR  or  the charge is framed under this provision. It would be open to the High Court to examine as to whether incorporation of Section 307 IPC is there for the sake of it or the prosecution has collected sufficient evidence, which if proved, would lead to proving the charge under Section 307 IPC. For this purpose, it would be open to the High Court to  go  by  the  nature  of  injury  sustained,  whether  such  injury  is inflicted on the vital/delegate parts of the body, nature of weapons used etc. Medical report in respect of injuries suffered by the victim can generally be the guiding factor. On the basis of this prima facie analysis, the High Court can examine as to whether there is a strong possibility  of  conviction  or  the  chances  of  conviction  are  remote and bleak. In the former case it can refuse to accept the settlement and  quash  the  criminal  proceedings  whereas  in  the  later  case  it would  be  permissible  for  the  High  Court  to  accept  the  plea compounding the offence based on complete settlement between the parties. At this stage, the Court can also be swayed by the fact that the settlement between the parties is going to result in harmony between them which may improve their future relationship.

29.7. While deciding whether to exercise its power under Section 482 of the Code or not, timings of settlement play a crucial role. Those cases where the settlement is arrived at immediately after the alleged  commission  of  offence  and  the  matter  is  still under investigation, the High Court may be liberal in accepting the settlement  to  quash the criminal proceedings/investigation. It is because of the reason that at this stage the investigation is still on and even the charge sheet has not been filed.  Likewise, those cases where the charge is framed but the evidence is yet to start or the evidence is still at infancy stage, the High Court can show benevolence in exercising its powers favourably, but after prima facie assessment of the circumstances/material mentioned above. On the other hand, where the  prosecution  evidence  is  almost complete or after the conclusion of the evidence the matter is at the stage of argument, normally the High Court should refrain from exercising  its  power  under Section  482 of  the  Code,  as  in  such cases  the  trial  court  would  be  in  a  position  to  decide  the  case finally  on  merits  and  to  come  a  conclusion  as  to  whether  the offence  under Section  307 IPC  is  committed  or  not.  Similarly,  in those cases where the conviction is already recorded by the trial court  and  the  matter  is  at  the  appellate  stage  before  the  High Court,  mere  compromise  between  the  parties  would  not  be  a ground  to  accept  the  same  resulting  in  acquittal  of  the  offender who has already been convicted by the trial court. Here charge is proved under Section 307 IPC and conviction is already recorded of a heinous crime and, therefore, there is no question of sparing a convict found guilty of such a crime”.

“32.   We find from the impugned order that the sole reason which weighed  with the  High Court in  refusing to accept  the  settlement between  the  parties  was  the  nature  of  injuries.  If we go by that factor alone, normally we would tend to agree with the High Court’s approach.  However, as pointed out hereinafter, some other attendant and inseparable circumstances also need to be kept in mind which compels us to take a different view.

33. We have gone through the FIR as well which was recorded on the basis of statement of the complainant/victim. It gives  an indication  that  the  complainant  was  attacked  allegedly  by  the accused persons because of some previous dispute between the parties, though nature of dispute, etc. is not stated in detail. However, a very pertinent statement appears on record viz. “respectable persons have been trying for a compromise up till now, which could not be finalized.” This becomes an important aspect. It appears that there have been some disputes which led to the aforesaid purported attack by the accused on the complainant. In this context when we find that the elders of the village, including Sarpanch, intervened in the matter and the parties have not only buried their hatchet but have decided to live peacefully in future, this becomes an important consideration.  The evidence is yet to be led in the Court.  It has not even started.  In view of compromise between parties, there is a minimal chance of the witnesses coming forward in support of the prosecution case. Even though nature of injuries can still be established by producing the doctor as witness who conduced medical examination, it may become difficult to prove as to who caused these injuries. The chances of conviction, therefore, appear to be remote. It would, therefore, be unnecessary to drag these proceedings.  We,  taking    all  these  factors  into consideration cumulatively, are of the opinion that the compromise between  the  parties  be  accepted  and  the  criminal  proceedings arising  out  of  FIR  No.121  dated  14.7.2010  registered  with  police station  Lopoke,  District  Amritsar  Rural  be  quashed.  We order accordingly.”

“It is quite apparent from the aforesaid exposition of Law that High Court has inherent powers to quash criminal proceedings even in those cases which are not compoundable, but such power is to be exercised sparingly and with great caution. Hon’ble Apex Court has categorically held that Court while exercising inherent power under Section 482 CrPC, must due regard to the nature and gravity of offence sought to be compounded. Hon’ble Apex Court though held that heinous and serious offences of Mental depravity, murder, rape, dacoity etc. cannot appropriately be quashed though the victim or the family of the victim have settled the dispute, but it has also observed that while exercising its powers, High Court is to examine as to whether the possibility of conviction is remote and bleak and continuation of criminal cases. Also while forming an opinion whether a criminal proceedings or complaint should be quashed in exercise of its jurisdiction under Section 482, the High Court must evaluate whether the ends of justice would justify the exercise of the inherent powers”, said Himachal Pradesh High Court.

Further, High Court has held, “Consequently, in view of the averments contained in the petition as well as the submissions having been made by the learned counsel for the parties that the matter has been compromised, and keeping in mind well settled proposition of law as well as the compromise being genuine, FIR No 31/18 dated 23/02/2018, under Sections 279,337 and 338 of the Indian Penal Code and Section 181 of the MV Act as well as the consequent proceedings pending before the court below are ordered to be quashed and set aside.” 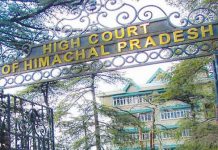 Governor may frame rules & procedure for the appointment of chairman & members of the Public Service Commission in the absence of any rule:...