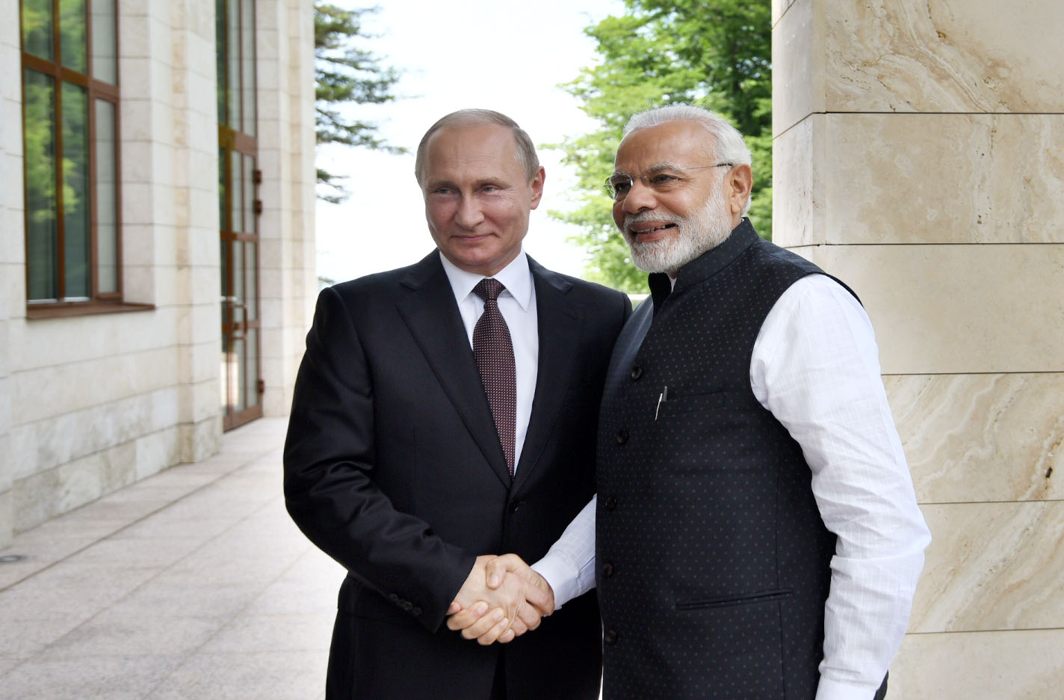 India is caught between the US and Russia, its old ally, and despite American pressure, is unlikely to jeopardise this time-tested relationship and its own core interests

The growing warmth in Indo-US ties may take a hit over sanctions the US administration has slapped on Russia and Iran. The US has warned countries doing business with Moscow and Tehran that they would face consequences if they did not heed the American diktat. Fears that Prime Minister Narendra Modi was plunging India into the US camp have subsided as Delhi has refrained from putting all its eggs into the American basket. Russia and Iran serve India’s core interests and Modi is not about to turn his back on either.

In fact, on June 4, even as sanctions were on, India received its first consignment of gas from Russia’s state-owned Gazprom, one of the world’s major gas companies. The agreement signed by GAIL and Gazprom in 2012 envisages the import of liquefied natural gas worth $1.5 billion annually for 20 years. Petroleum minister Dharmendra Pradhan was effusive in his praise of Russia as he received the first consignment: “Today will be remembered as a golden day for India’s energy security road map.’’ He said this was in keeping with Prime Minister Modi and President Vladimir Putin’s vision of forging closer strategic economic cooperation between India and Russia. This happened even as the US had passed a law called Countering America’s Adversaries Through Sanctions Act (COMCASSA), a major tool to punish countries who work against US interests.

India has made it clear that Delhi honours sanctions only when announced by the UN. Unilateral decisions taken by specific countries do not have the backing of the international community. The previous UPA government had taken a similar stand when Iran was under US sanctions.

Being on the right side of the US opens many doors for India. If it wasn’t for the civil nuclear deal signed in 2005, India would have remained a pariah under US and western sanctions, unable to access state of the art technology and denied dual use technology. The US, for its own interests, is keen on working with India in the Asia-Pacific, now being termed in all US statements as the Indo-Pacific.

India and the US are both watching with concern China’s rise and its aggressive stand in the South China Sea and the entire Pacific Ocean. Balancing China with another large country like India is part of US strategy. Changing the name to Indo-Pacific takes India away from its traditional Indian Ocean backyard into the larger Asia Pacific theatre. It is a signal to China that there is another major Asian power which is part of the co-operative defence architecture of the region.

But despite the advantage of being friends with the US, India cannot be tied to its apron strings. Its core interests are also linked to Russia and Iran. India and the US were on opposite sides of the Cold War divide. During the Bangladesh war of liberation, when the US and western governments backed Pakistan, Russia stood by India like a rock. Russia remains India’s number one defence supplier, despite competition from the US and Israel.

Since the opening up of Indian markets in 1991, India’s engagement with the world has increased and many nations are keenly aware of the advantage of its huge domestic market. In fact, India and Russia paid much less attention to each other. Though government to government contacts remained good, private business did not flourish earlier.

After the takeover of Crimea, the western world and the US increasingly saw Russia as an enemy. Despite Trump’s fondness for Putin, he has been pushed into a confrontation over allegations of Moscow’s hand in the 2016 US elections. Today, it is almost as if the Cold War era is back. Russia is now under sanctions. The problem with India is that some of the Russian entities that are targeted, supply arms to India. There are defence deals worth nearly $12 billion in the pipeline for the next couple of years between India and Russia.

The recent informal summit between Modi and Putin in the resort town of Sochi had much to do with how to work around the US sanctions. At that meeting, India is said to have reassured Russia that it would not back out of its commitment to purchase the $5.5 billion S-400 Triumf air defence missile system, negotiations for which are underway. The Americans are keen that India scrap the missile deal. In fact, a US Congressional delegation on a recent visit to India, specifically mentioned the S-400 purchase. The message was simple. While the US valued its relationship with India, the defence missile deal is a major concern for America and it is likely to intensify pressure over it.

India is upset at this veiled threat. But Modi is unlikely to back down in a hurry, more so after his assurance to Putin that no one can pressurise India. Delhi, while appreciating Trump’s friendly overtures to India, is not about to take dictation from America. Defence Minister Nirmala Sitharaman said at a news conference on June 5: “I like to make it clear here that in all our engagements with the US, we have very clearly explained how India and Russia’s defence cooperation has been going on for a very long time. It’s a time-tested relationship and India has got quite a lot of defence assets from Russia. Assets, spares, servicing, we have a continuous relationship with Russia.”

Significantly, America’s ally, Saudi Arabia, is also against the S-400 defence missile shield. Qatar is in talks with Russia to buy the same system. Saudi Arabia has warned Qatar that if it brings in the Russian missile shield, it would be forced to take action and if necessary, armed action. Trump is close to the Saudi King and his son-in-law, Jared Kushner, is good friends with Crown Prince Salman. What is it about the S-400 defence system that has got America worked up? Has Saudi Arabia been advised by the US? No one knows.

The US decision to walk away from the Iran deal will also affect India’s strategic interests. Developing the Chabahar Port in Iran and using it for trade with Afghanistan and the Central Asian republics is a way to bypass Pakistan. But the project has dragged on mainly because of UN sanctions against Iran.

After the 2015 nuclear deal signed between Iran, US, UK, Germany, China, Russia and France, Delhi was keen to get on with the project. Pakistan’s refusal to allow Indian goods to transit its territory has been a major obstacle for outreach to Central Asia. After the nuclear agreement, Delhi moved quickly to gear up for Chabahar. A berth in the Port has been given to India to develop. Delhi had used Chabahar to send wheat to Afghanistan. India has already built the Zaranj-Delaram road in Afghanistan, which connects the Iranian border to Zaranj in Afghanistan. This road, constructed by India in 2009, can give access to several major towns inside Afghanistan. Work on Chabahar is likely to be affected by the new round of sanctions.

Delhi is hoping that as this road serves Afghanistan, the Americans will realise the importance of getting the Chabahar project going. But so far, it is not clear what Washington will do. Iran’s foreign minister Javad Zarif was in Delhi recently to discuss the nuclear deal and how to continue work at the Chabahar port.

India is stuck between a rock and a hard place. Whether India will give in to the US pressure or continue to do what serves its core interests remains to be seen.