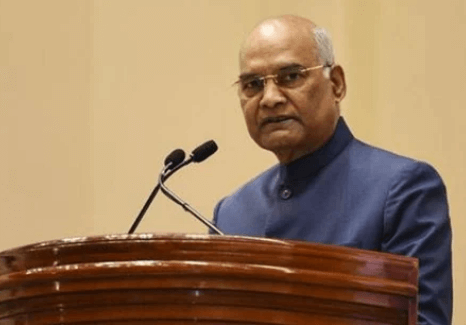 President Ram Nath Kovind on Thursday said many of the deprived sections are not aware of their rights and the government’s initiatives for their welfare. Therefore, it is the responsibility of members of the Forum of Scheduled Castes and Scheduled Tribes Legislators and Parliamentarians to make them aware of their rights and government initiatives.

Inaugurating the fifth International Ambedkar Conclave-2021 organised by the Forum and the Dr Ambedkar Chamber of Commerce at Vigyan Bhawan in New Delhi, President Kovind said:

“It is also their responsibility to take forward the people of Scheduled Castes and Scheduled Tribes who have been left behind in the developmental journey. By this, they can pay their true tributes to Dr B.R. Ambedkar.”

He further added that Babasaheb was the one who used to say the downtrodden have been Indians, are Indians and will remain Indians. “There have been a lot of improvements when it comes to the protection of the interests of Scheduled Castes and Scheduled Tribes. But a lot remains to be done by our country and society.”

Himachal Pradesh Governor Rajendra Vishwanath Arlekar, who was present at the event, said the need is to learn from the character of Babasaheb Ambedkar, and for this, he requested everyone to read Ambedkar’s autobiography.

He said: “Babasaheb Ambedkar doesn’t belong to just one community but he belongs to every community and every Indian.”

“India and Pakistan got freedom at the same time but there is a difference between the two as Pakistan did not have someone of the stature of Baba Saheb Ambedkar.”

Manoj Gorkela, Deputy Advocate General at the Supreme Court, emphasised on the importance of reservation for the uplift of the SC/ST community in the country. He said: “Constitution is the gift of Babasaheb to the nation.”