154,225FansLike
654,155FollowersFollow
0SubscribersSubscribe
Home Interview “Two-term policy has worked well in USA. We want to bring it in Sikkim as well” 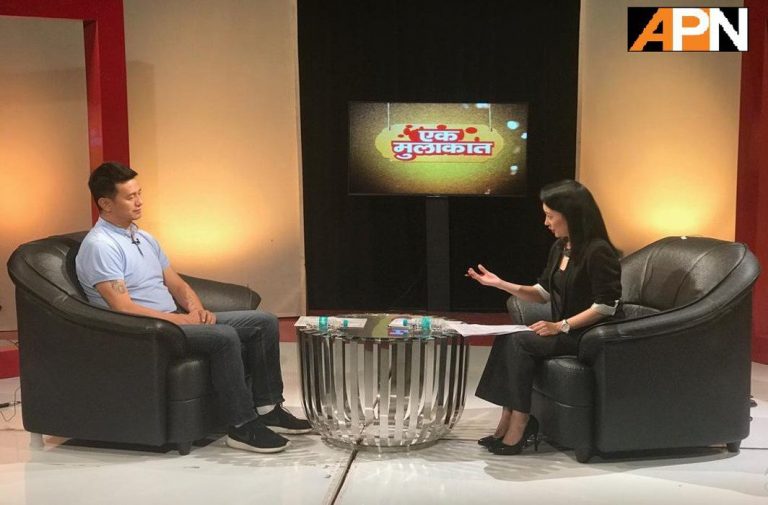 Q: You started your political career from West Bengal and not from your hometown.

A: I lived in Kolkata for the last 20 years. And after retirement, this opportunity came… For me it was a good experience. Obviously it was a difficult place to fight for especially when you are fighting for TMC and in Darjeeling for different issues. But it was a good learning process.

Q: So you decided to join politics back then?

A: It wasn’t a planned thing. I had been there and I played there. I wasn’t prepared… But decided to fight.

Q: You have been very vocal about the Gorkhaland agitation. You have said that a separate Gorkhaland is necessary to resolve the hill problem. Do you still stand by that?

A: I do stand by it. As a TMC leader, I did raise the issue. But the Gorkhaland issue is yet not resolved. Now people in the hills have to re-think and maybe they will think of a Union territory. As a TMC leader, I also reiterated that they need to build a relationship with Bengali intellectuals. You can’t get statehood by doing one-month violent strike. You need to change because there is a lot of violence in it. And the agitation has not succeeded in getting a separate state. They need to change the strategy.

Q: You have launched a party Hamro Sikkim on May 31…

The party has a great future. We hope to emerge as a powerful force in Sikkim’s polity where no party can form a government without our support. I am sure a time will come when we will attain majority and form a government.

Q: What about women’s reservation?

A: We would love to have more and more women leaders in the party. I personally hope that one day Sikkim should be ruled by women. We need to have a CM who is a woman. Women would be more committed and honest. Today Sikkim is the most corrupt state in the country.

Q: One of your party’s party agenda is to ensure 24-hour continuous electricity supply.

A: I think Sikkim has the potential to supply 24-hour continuous electricity…

Q: What is the current political scenario in the Northeast?

A: Well the political landscape of the Northeast has undergone a dramatic change in the last two years or so. People are more concerned about development. Corruption has played havoc with the system. As far as Sikkim is concerned, people want a change, they want development, they want peace.

Q: You are considered as a torchbearer of Indian football in the global arena. What is the future of football in India? Can we ever hope to play World Cup?

A: It will take time. It is a global sport, a difficult sport. Even a country like China which has pumped in huge amounts of money and done everything to improve the standard of the game in line with global standards has not played a World Cup. They too are still struggling.