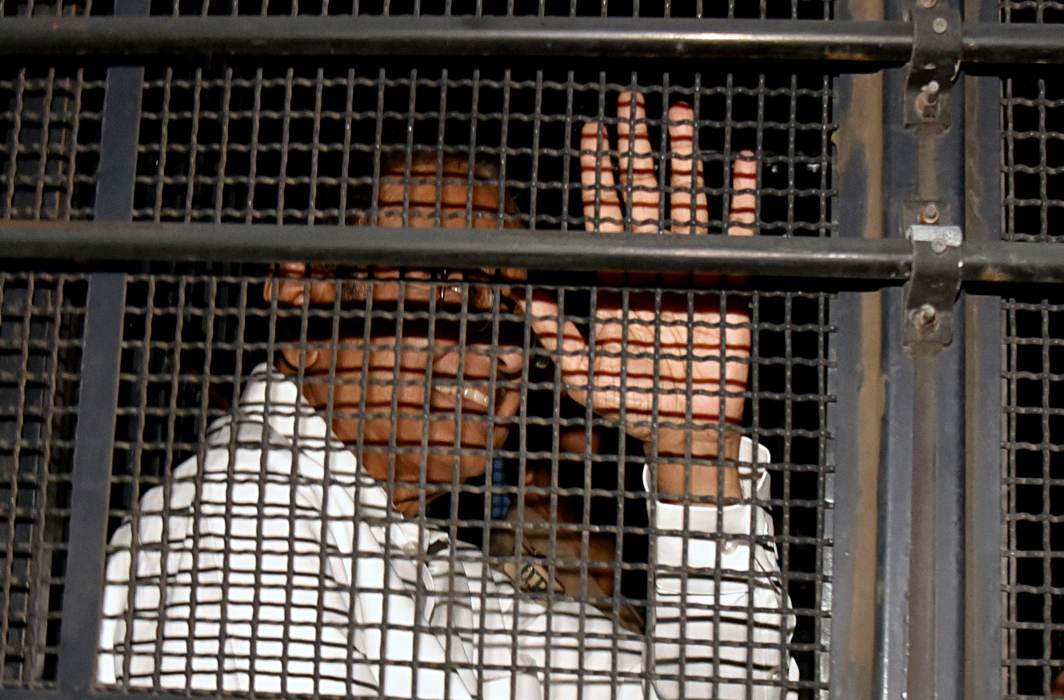 P Chidambaram on Wednesday moved Delhi High Court seeking bail as well as quashing of the order passed by the trial court on September 5 that sent him to 14 days’ judicial custody in the INX Media case.

“The Ld. Trial Court failed to appreciate that the grounds on which an accused can be remanded to judicial custody are very different viz. (i) flight risk; (ii) tampering with evidence; and (iii) influencing witnesses. Pertinently, none of the said grounds are made out in the instant case against the Petitioner herein.

“In any event, in so far as the allegations regarding tampering with evidence and influencing the witnesses were concerned, the same could have been addressed by imposing necessary and sufficient conditions on the Petitioner. However, the grant of judicial custody remand on the basis of mere apprehensions of the CBI of tampering with evidence and influencing the witnesses is patently illegal. Hence, the instant Petition,” the plea (read below) said. 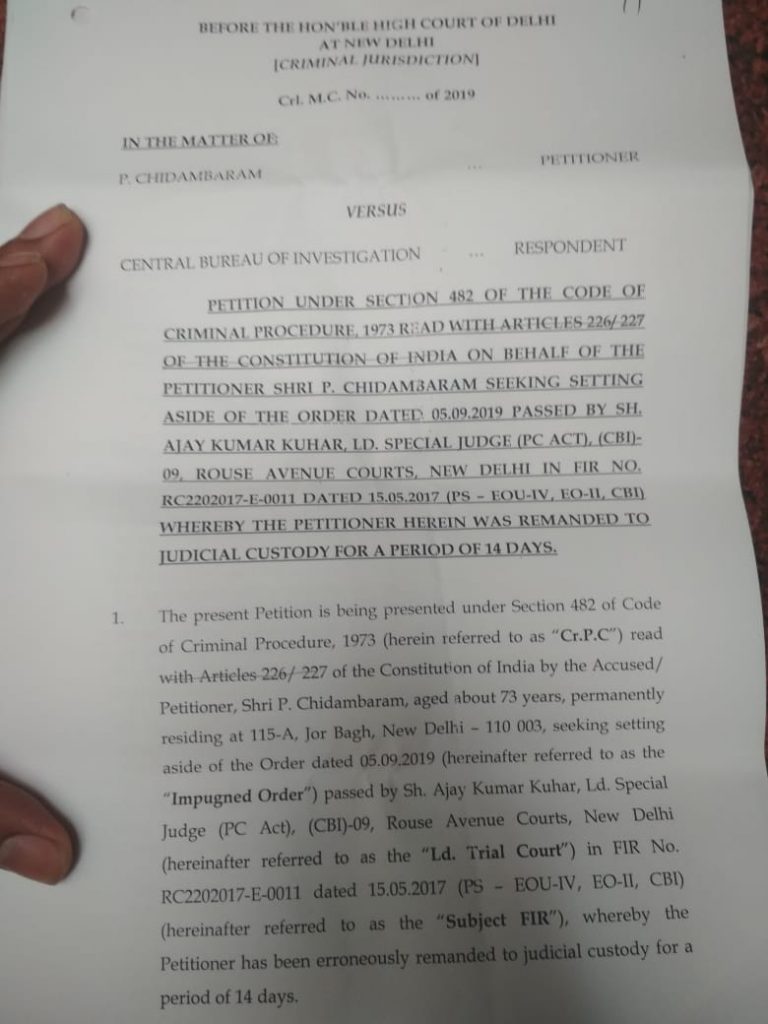 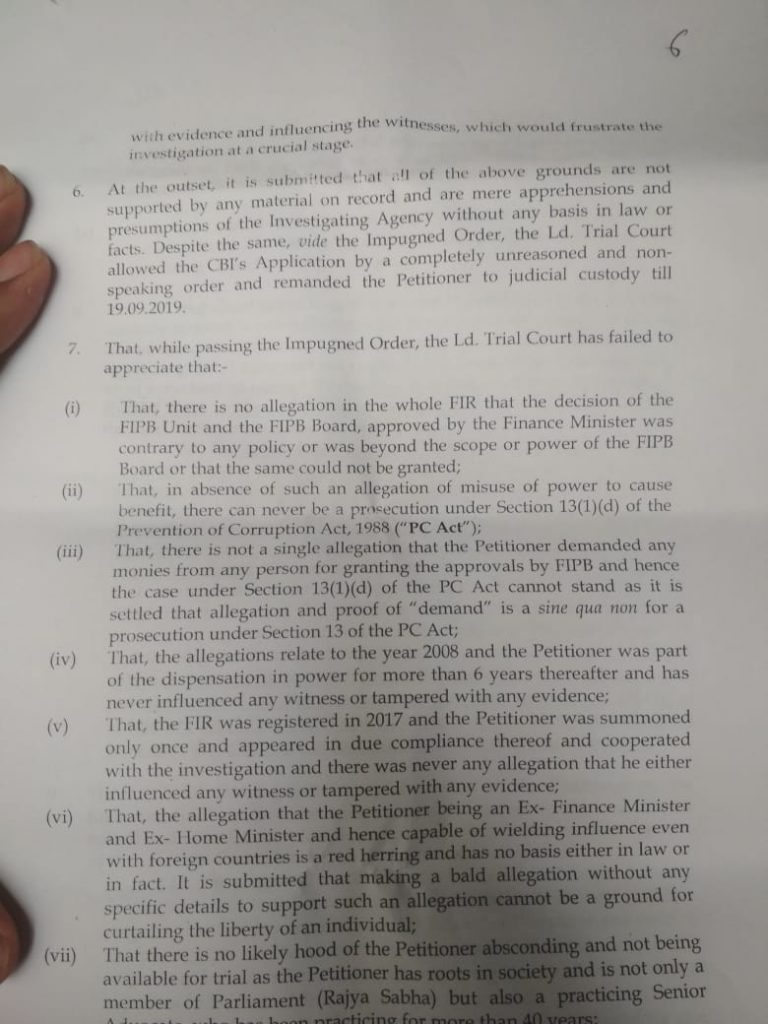 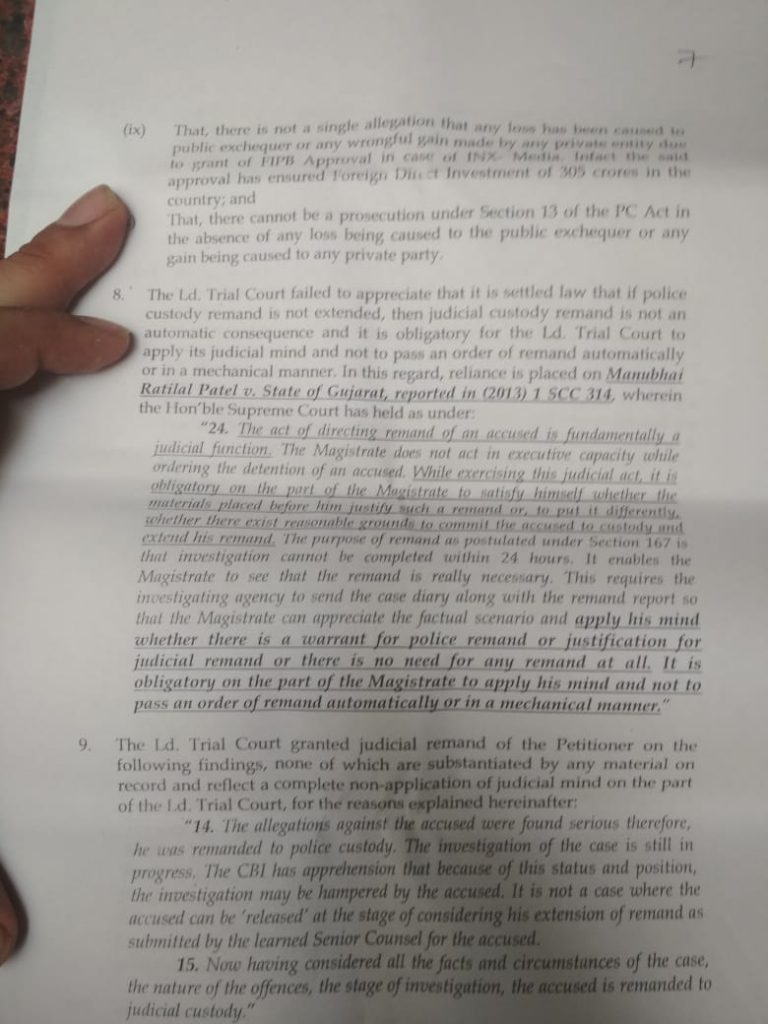 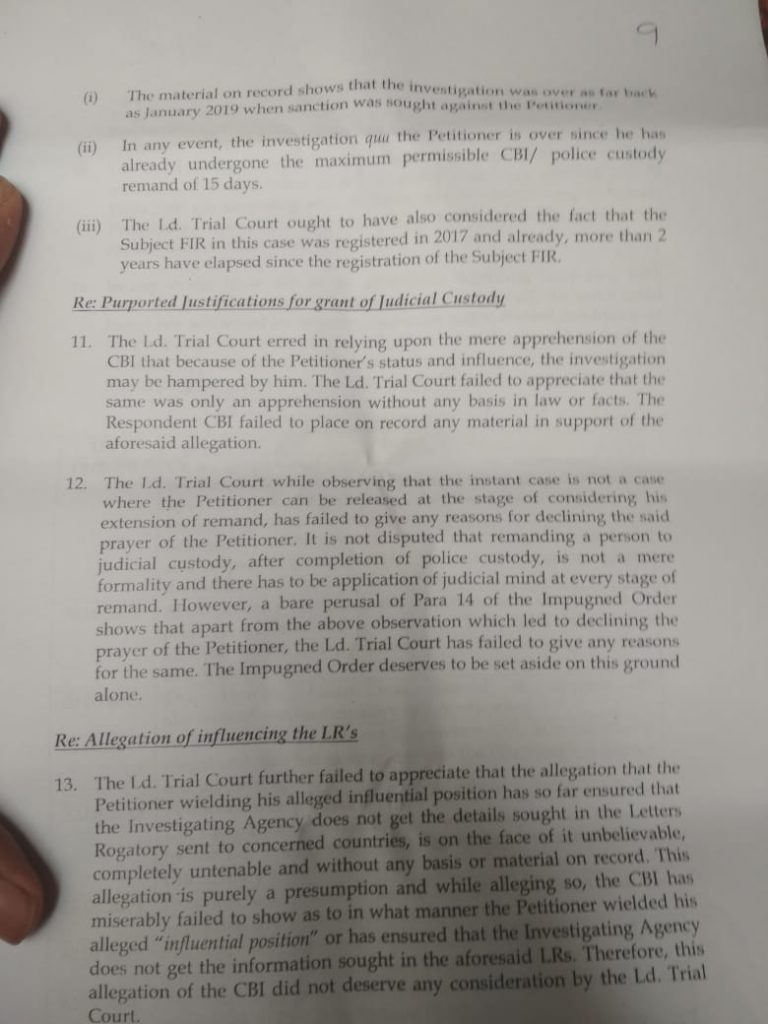 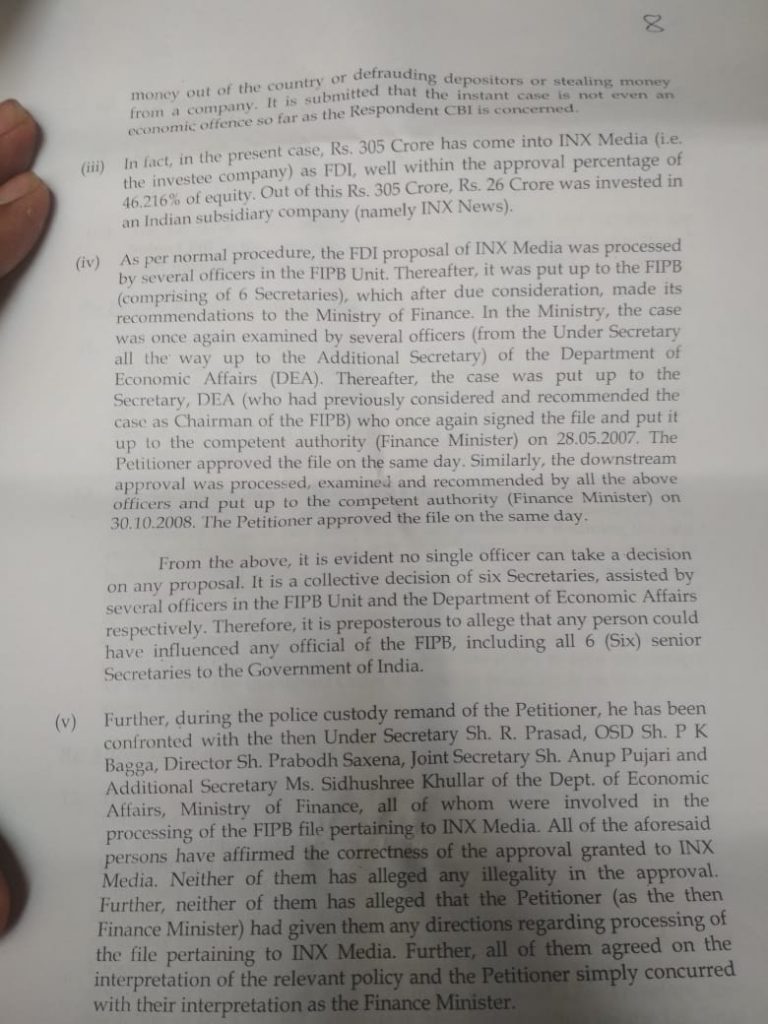 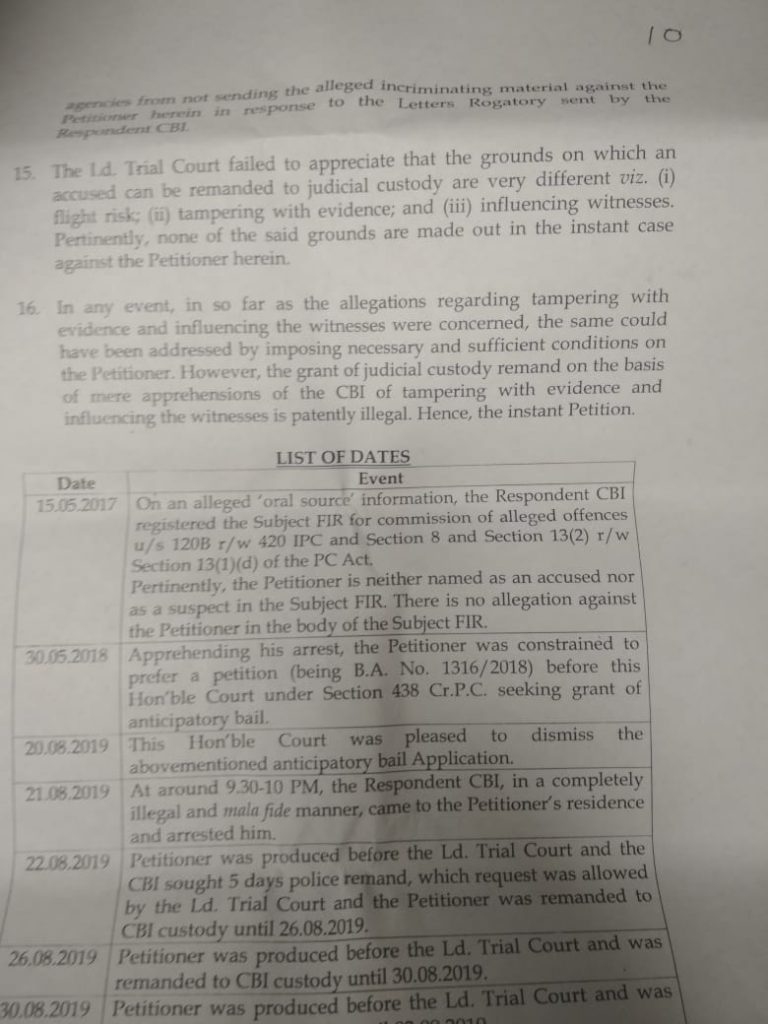