The recent District Development Council election results in the state call for a sombre reflection on the nature and the drivers of our electoral politics. 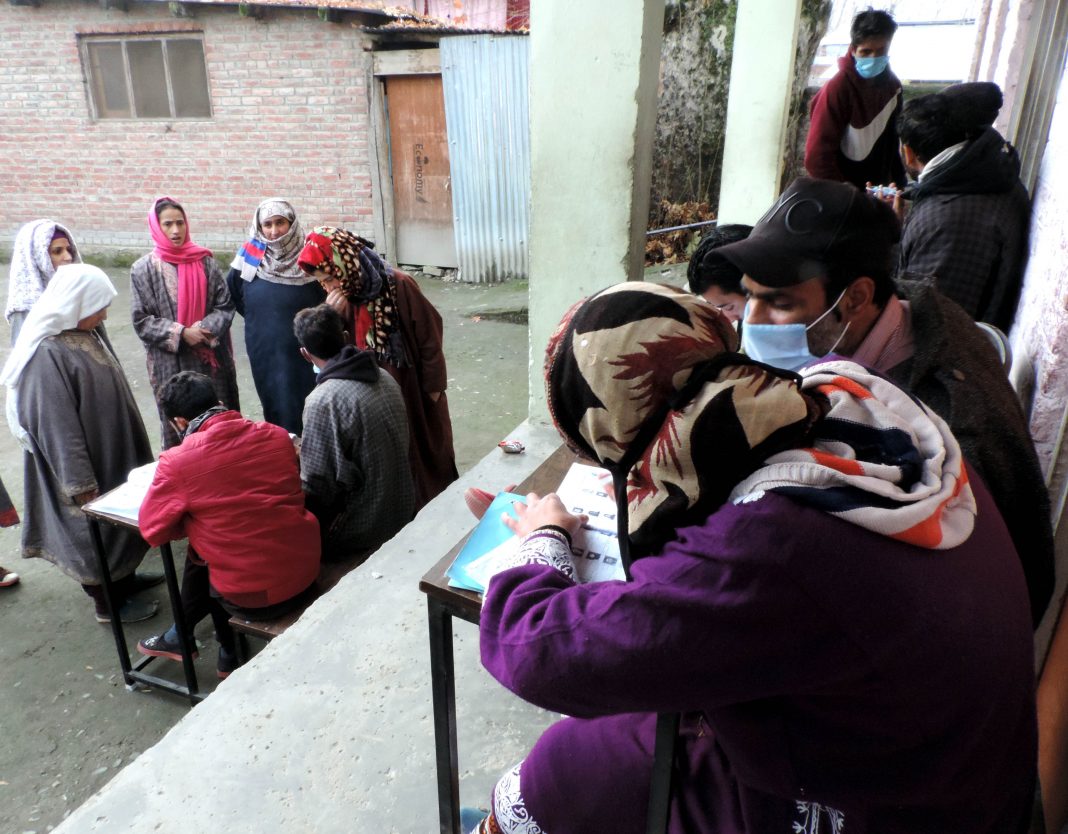 The best school of democracy and the best guarantee of democracy is the practice of local self-governments,” said eminent historian and jurist Lord Bryce. The recent elections to the three-tier, grassroots level democratic bodies, the Panchayati Raj Institutions (PRIs), signals a new phase in the politics of the reorganised state of Jammu and Kashmir.

PRIs are the bedrock of India’s democratic system established by the 73rd amendment of the Constitution. The revocation of Article 370 and the amendment of the J&K Panchayati Raj Act, 1989, in October 2020 paved the way for the conduct of elections to the local bodies.

The District Development Council (DDC), an elected body comprising 14 members, forms the top rung of the three-tier grassroots democracy comprising Halqa Panchayat, Block Development Council and the DDC. In fact, one can say that the DDC is a mini-parliament at the district level, directly elected by the people. The Union Territory of Jammu and Kashmir with a legislature consists of 20 districts, split into two divisions of Jammu and Kashmir, each comprising ten districts.

The election results of 280 constituencies, each having 14 members in the DDC, calls for a sombre reflection on the nature and the drivers of our electoral politics. The key factor is that all political parties in Jammu and Kashmir participated in the elections, with some forming an alliance. Broadly, it was a three-cornered contest as most of the regional parties, especially the Valley-centric, formed an alliance—the People’s Alliance for Gupkar Declaration (PAGD). The PAGD participated in the elections to register its resentment over the revocation of Article 370 and reorganisation of Jammu and Kashmir. In the heat of the electoral battle, the alliance was called the “Gupkar Gang”.

The DDC election was a litmus test a negation or ratification of the constitutional and legislative changes in the recent past. The PAGD, a gathbandhan of seven political parties, claimed victory by winning 112 seats. But it was the BJP which was, ostensibly, in a celebratory mood, being the single largest party with a tally of 75 seats. The BJP was the biggest gainer and the Congress the biggest loser as it secured only 26 seats.

The politics of polarisation got further accentuated, so starkly evident from the electoral trends both in Jammu and Kashmir. But, to a certain extent, it must go to the credit of the Congress which scored 21.2 percent vote share in the Jammu region and 17.9 percent in Kashmir, making an average of 20.6 percent.

Likewise, the National Conference secured 35.6 percent in the Valley and 23 percent in Jammu, an average of 28 percent, indicating the extent of the party’s acceptability across religions and regions and the nature of its politics.

In contrast, the pendulum of polarisation has swung to the extreme in the case of the BJP followed by Mehbooba Mufti’s PDP. The BJP secured 37.2 percent and 4.2 percent vote share in Jammu and Kashmir while in the case of the PDP, the vote share was 12.6 percent and 27.8 percent, respectively. The BJP made notable, and for the first time, electoral gains in the Valley.

The DDC results also bring into sharp relief the imminent demographic faultlines. Of course, the election as a whole has many silver linings. The people of the state participated in the elections; all political parties participated in the elections; the BJP, sidelining the Congress, emerged as the single largest party and opened its account in the Valley by winning three seats. More so, it is heartening that many new faces a law student, a dentist, a school teacher, a housewife and many independents emerged victorious thus strengthening the faith of the people in the electoral system.

Unfortunately, the people of Jammu and Kashmir have been long deprived of the benefits of the 73rd constitutional amendment which gives a mandate on PRIs in as many as 29 subjects contained in the 11th schedule of the Constitution. The PRIs can take developmental works like construction of roads, rural electrification, drinking water, health and sanitation, education and poverty alleviation programmes, animal husbandry, small-scale cottage industries, social welfare, public distribution, etc, which have a direct bearing on the lives of the common people. A web portal E Gram Swaraj—has also been launched creating a single platform for records of every panchayat and to improve accountability in the functioning of the local administration.

The great hope and expectation is that these newly elected PRIs will increase the pace of development according to the local needs, form a bulwark against excessive centralised authority and nurture democratic culture. A bottoms-up democracy is quintessential democracy and always preferable to top down democracy.

The state has gone through untold travails and tribulations over decades due to parochial, self-centred feudal politics. The recent local body elections are a promising beginning.

It is rightly said that the cure for all the ailments of democracy is more democracy.