Gujarat has become the latest state to propose a law to prevent “love jihad”. It follows UP, Uttarakhand, MP and HP which have stringent laws to criminalise religious conversion by marriage. 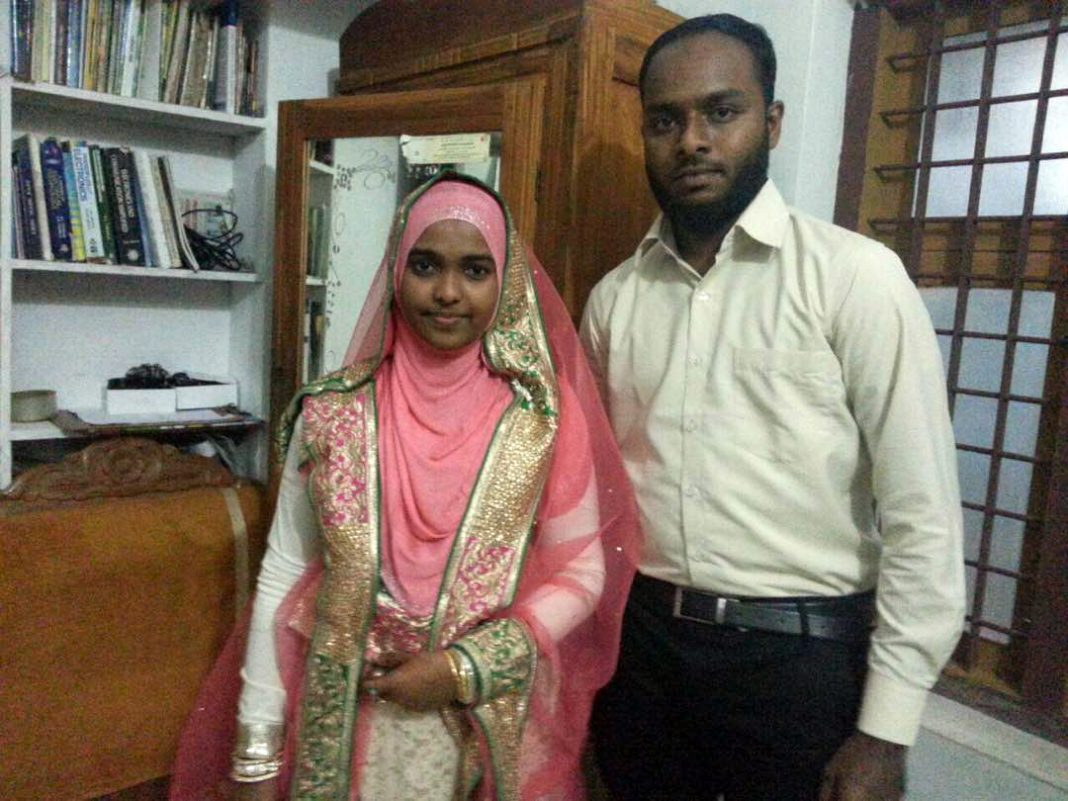 With municipal elections nearing in Gujarat, the BJP has upped the ante regarding love jihad. During a campaign for the Ahmedabad Municipal Corporation elections on February 18, Deputy Chief Minister Nitin Patel said that the Gujarat government will bring in a law to prevent love jihad in the upcoming assembly session. He said it was necessary for the protection of Hindu girls and women. He said that if their religion and country are not safe, then what is the use of having good roads, hospitals and schools?

Patel said that security was necessary and ensured only after the BJP government came to power and it was being strengthened day by day. People of other religions change their names and mislead our daughters to take them away, he claimed. Unfortunately, “our daughters” fall into their trap and change their religion and marry them. In order to curb such people, the BJP government is seriously planning to bring a law on love jihad, he stressed.

Other states too have acted on this issue. The Uttar Pradesh Prohibition of Unlawful Religious Conversion Ordinance, 2020, unofficially referred to as the love jihad law, was cleared by the state’s cabinet on November 24, 2020. Following this, it was approved and signed by the governor, Anandiben Patel, on November 28, 2020.

Then there is the Uttarakhand Freedom of Religion Bill, 2018 that proposes up to two years in jail for any person or persons found guilty of religious conversion through force or “allurement”. The allurement could be in cash, employment or material benefit. The Bill stipulates that any marriage, which was solemnised for the sole purpose of conversion by a man of one religion with a woman of another, may be declared null and void by the family court. It also stipulates that any person who desires to change his religion shall give a declaration at least one month in advance to the district magistrate. Such a person will also have to give a written undertaking that he/she wishes to convert his religion without any coercion.

Similarly, the religious priest, who performs the conversion ceremony “shall give one month’s advance notice to the district magistrate”. The official concerned, after receiving the information, shall get an inquiry conducted through the police “with regard to the real intention, purpose and the cause of that proposed religion conversion”.

In Madhya Pradesh, the Freedom of Religion Ordinance, 2020, came into effect on January 9. Under the new law, forced conversion of a minor, woman or a person from a Scheduled Caste or Scheduled Tribe, would draw a minimum jail term of 2-10 years with a minimum penalty of Rs 50,000. Also, forcing religious conversion on someone will attract 1-5 years of imprisonment and a minimum fine of Rs 25,000.

Himachal Pradesh has not been left behind either and approved the love jihad law. The Himachal Pradesh Freedom of Religion Act, 2019 came into force on December 18. It replaces a 2006 law that has been repealed by the assembly.

After Uttar Pradesh, Haryana, Karnataka and Assam are planning to come up with similar laws to criminalise religious conversion by marriage. An interesting aspect of the ordinance is that it still does not define love jihad, but attempts to criminalise it.

Within 30 days of the love jihad law in Uttar Pradesh coming into effect, the police registered 14 cases and made 51 arrests. Of these 14 cases, 13 involve Hindu women allegedly pressured to convert to Islam.

In only two cases is the complainant the woman concerned herself in the remaining 12, they are her relatives. In two of them, Hindu right-wing activists intervened, holding protests at the police station. In all cases but one, the woman involved is an adult. In eight cases, the couple is said to have been either friends or in a relationship, while one couple claims to be married.

Just a day after the ordinance came into force, the first case was registered at Deoranian Police Station in Bareilly where the girl’s father, Tikaram Rathore, had complained that Awais Ahmed (22) had forced his daughter to change her religion. The police arrested Ahmed on December 3 after registering the case.

In Madhya Pradesh, the police on January 18 filed the first case under the new law after a 22-year-old girl from Barwani district accused a 25-year-old married man of physically assaulting her over her refusal to marry him and convert to Islam.

It is pertinent to note that the Supreme Court on February 19, 2021, refused to entertain a PIL challenging a Madhya Pradesh ordinance regulating conversions due to inter-faith marriages. “Approach the Madhya Pradesh High Court. We would like to have the views of the high court. We have sent similar matters back to the high court,” a Bench led by Chief Justice SA Bobde told petitioner Vishal Thakre, an advocate.

The top court, which had on January 6 issued a notice to the UP and Uttarakhand governments on PILs against similar laws on religious conversions, had earlier refused to entertain certain other petitions on the issue as well. However, it refused to stay provisions of a UP ordinance and an Uttarakhand law aimed at checking unlawful religious conversion for inter-faith marriages.

India has had a long tradition of arranged marriages. But in 2012, it witnessed a rise in tensions around interfaith marriages. Love jihad was initially alleged in Kerala and Mangalore. According to the Kerala Catholic Bishops Council, by October 2009, up to 4,500 girls in Kerala had been targeted, where as the Hindu Janajagruti Samiti claimed that 30,000 girls had been converted in Karnataka alone.

In May 2017, the Kerala High Court annulled the marriage of a converted Hindu woman Akhila alias Hadia to a Muslim man Shafeen Jahan on the grounds that the bride’s parents were not present nor gave consent for the marriage. Her father alleged that she had been converted and married at the behest of the ISIS.

The Supreme Court on March 8, 2018, overturned the annulment of Hadiya’s marriage by the Kerala High Court and held that she had married of her own free will. However, it allowed the NIA to continue investigation into the allegations of a terror dimension.

Courts too have seen a rise in cases of inter-religion marriages. In June 2018, Jharkhand High Court granted a divorce in an alleged love jihad case in which the accused lied about his religion and forced the victim to convert to Islam after marriage.

On September 27, 2020, protests erupted in India when a graphic video showing a young Muslim man gunning down a 21-year-old Hindu woman in broad daylight outside her college campus went viral. The family of the 21-year-old girl student, who was shot dead by her jilted lover and his associate outside her college in Faridabad, echoed the love jihad conspiracy theory as it was alleged that she was being forced to convert and marry the accused.

Article 25 of the Constitution stipulates freedom of conscience and free profession, practice and propagation of religion. The right to conscience has also been framed independent of the right to religion. But who is listening?