The proposal to have a common ITR form for all taxpayers is a good move provided it doesn’t confuse them further. With some 40 questions to answer, that is easier said than done. 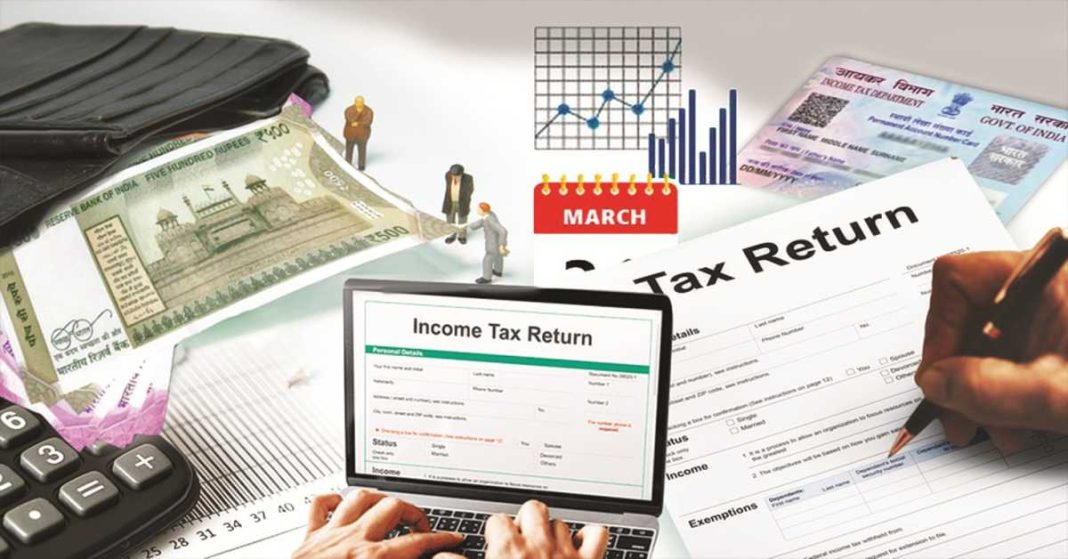 In what could be an important change in the Indian taxation system, the finance ministry has suggested a common income tax return (ITR) form for all taxpayers. Of late, the Central Board of Direct Taxes (CBDT) publicised a draft common ITR form, requesting feedback from interested parties and the public by December 15, following which the income-tax department will finalise the common form and notify it. Normally, new forms are notified just before April 1.

According to the proposal, all taxpayers, excluding trusts and non-profit organisations, can use the common ITR form. The form also contains a distinct section for the revelation of income from virtual digital assets, usually referred to as cryptocurrencies.

According to CBDT, the suggested draft ITR reconsiders the return filing procedure together with global best methods. The common ITR form will combine all the prevailing returns of income tax except ITR-7. However, the present ITR-1 and ITR-4 will continue.

This will give a choice to such taxpayers to file the return either in the existing form (ITR-1 or ITR-4) or the proposed common ITR. However, taxpayers submitting ITR-2, ITR-3, ITR-5 and ITR-6 would not have the choice to file the old forms once the new common form and related utility are notified.

Presently, taxpayers are obliged to furnish their ITRs in forms starting from ITR-1 to ITR-7 depending on their category and nature of sources of income. ITR-1 is for resident individuals having a total income up to Rs 50 lakh, having income from salaries, one house property, other sources such as interest, dividends, etc., and agricultural income up to Rs 5,000. ITR-2 is for those having an income from capital gains, having more than one house property, earning a foreign income or owning a foreign asset. This form is also relevant for those holding a directorship in a company or possessing unlisted equity shares. ITR-3 should be selected by businessmen and professionals who do not earn a salaried income. All the income heads suitable for ITR-2 are valid for ITR-3 as well. ITR-4 is for individuals, Hindu Undivided Families and firms (other than LLPs), being a resident having a total income up to Rs 50 lakh and having income from business and profession. Likewise, ITR-5 and 6 are used by Limited Liability Partnerships (LLPs) and businesses, respectively. ITR-7 is for political parties, trusts, institutions or universities or other educational institutions, any hospital or other medical institution and similar entities specified in the Income Tax Act.

The present ITR forms require the taxpayer to consider all the schedules, notwithstanding whether that specific schedule is applicable to him or not. Therefore, it takes time to submit the ITRs.

The questions have been framed in such a manner that if the answer is no, then the other questions associated with that question won’t be shown to the taxpayer. Guidelines have been added to help in
the filing of the return; these contain instructions regarding the relevant schedules. The ITR has been framed in such an order that each row contains one distinct value only. This will simplify the return filing procedure.

For non-resident Indians, the draft ITR requests comprehensive particulars varying from the nature of the business, permanent establishment, business connection and whether the entity has a significant economic presence (SEP) in India, along with the number of users in India. The ITR protocol for NRIs could widen the scope of the SEP principle that was introduced in the Finance Bill 2018-19. The explicitly defined “business connection” will include the provision for downloading data or software if aggregate payments from such transactions exceed a prescribed amount or if a multinational’s interaction is with a prescribed number of users.

The SEP provision is being deferred till 2022-23 because a multilateral solution under the Organisation for Economic Co-operation and Development is being deliberated, under which all tax treaties will get amended automatically. In the meantime, India has expanded the scope of the equalisation levy over the last few years to tax non-resident digital entities. The new proposed ITR is being developed keeping in mind contemporary reporting requirements such as pass-through income or loss under various heads.

A thorough examination of the new proposal discloses that the common ITR form may end up mystifying taxpayers. There is a possibility that it could become cumbersome or burdensome. By introducing the new common ITR, the government was supposed to make the filing process a simple, painless experience. But it has done just the opposite. The guidelines run into a voluminous 169 pages. Senior citizens may find it difficult because they may have to fill in more information.

In the new ITR, there are as many as 40 questions that a taxpayer needs to answer. This pre-assumes that the taxpayer is aware of the complicated income tax provisions. According to the data, as on October 30, 2022, the number of individual registered users on the income-tax e-filing portal was around 11 crores. However, the majority of them do not possess even basic knowledge to answer more than “yes or no” to the questions proposed by the CBDT. So, there could be increased need for assistance while filing returns.

Individuals should, therefore, be more cautious while answering “yes or no” to questions and be completely aware of the consequences. In the transition period, there are too many decisions that a taxpayer has to make such as “Should I use the old tax regime or the new tax regime?”, “Should I use the common ITR or continue with ITR-1 or ITR-4?”, etc. Therefore, further simplification of questions is needed.

This is not the first time ITR forms are getting altered. The income tax department is marching towards automation for ITR filing with each passing year. Earlier, the pre-fill option was introduced for taxpayers and in the recent past, Annual Information Statement containing detailed information of every taxpayer’s income and financial activity was introduced.

Constant amendments make filing difficult for taxpayers as they have to re-learn the process of filing tax returns. Frequent changes in ITRs generate worry for taxpayers, especially those who do not take the help of service providers or consultants and need to learn the new process afresh. Furthermore, the new portal which was launched last year, has several technical glitches. If these are not erased, the new initiative will not deliver the desired outcome.