The pharma-physician connection has knocked on the doors of the Supreme Court. The recent public interest litigation filed in the apex court is only a replication of the clear truth that commerce, and not service, is the significant inspiring force in the healthcare industry 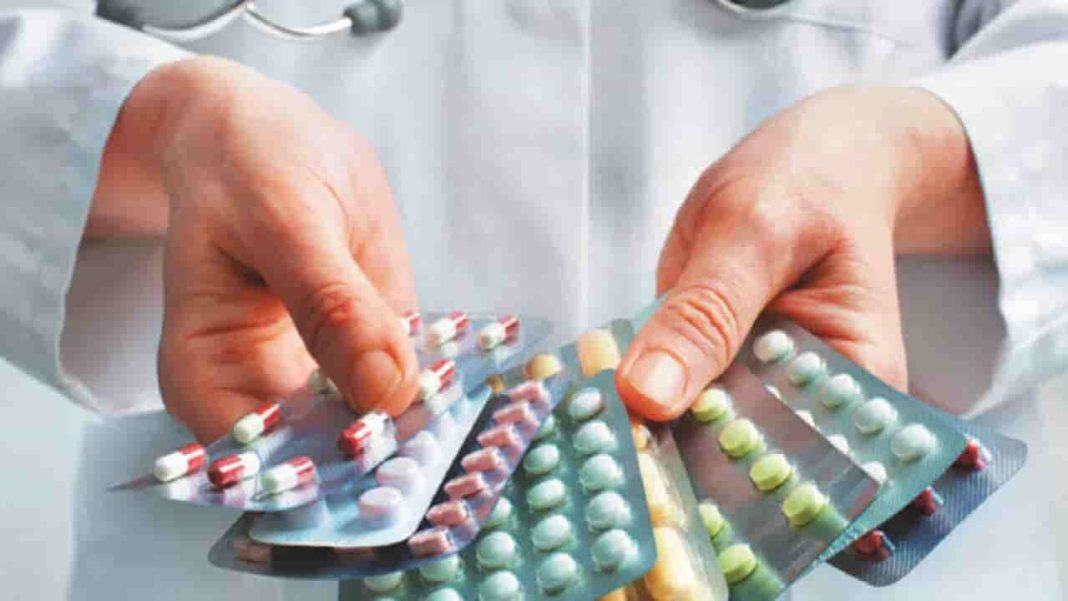 The income tax raids in India generally open a container of worms. The raids, conducted by the income tax department in July 2022 at the Bengaluru-based pharmaceutical organization Micro Labs Limited, the manufacturer of the Dolo-650 tablet, have done just that. The searches were related to financial records, balance sheets and business distributor networks of the firm. After the raids at 36 locations of the company throughout nine states, the Central Board of Direct Taxes found documents revealing that the company had indulged in “unethical practices”.

And now, the Federation of Medical and Sales Representatives Association of India (FMRAI), a national trade union, has alleged in the Supreme Court that Micro Labs Limited offered doctors gifts worth Rs 1,000 crore to induce them to recommend Dolo-650 as the go-to medication. The union has pursued enforcement of the Right to Life under Article 21 of the Constitution. In its appeal, the FMRAI has blamed unethical marketing practices followed by pharma companies in their businesses with healthcare professionals, which in turn, has a harmful effect on the health of those who are already unwell. The petition mentioned that though branded as “sales promotion”, direct or indirect benefits are offered to doctors like gifts and entertainment avenues, sponsored foreign trips, hospitality and other advantages in return for encouraging drug sales.

Senior advocates Sanjay Parikh and Aparna Bhat, appearing for the petitioner, FMRAI, told the Supreme Court bench of Justices DY Chandrachud and AS Bopanna that the market rate of any pill up to 500 mg is controlled under the government’s price regulation method while the price of medicines above 500 mg can be set by the pharma company. Parikh mentioned that to guarantee an upper-profit margin, the company distributed freebies or perks to doctors to prescribe a Dolo dosage of 650 mg capacity. Justice Chandrachud, while noting the seriousness of the matter, said that what senior advocates were saying was not music to his ears as Dolo-650 was precisely the drug he had taken after testing positive for Covid-19. The matter has been listed by the bench for further hearing on September 29, 2022.

Remarking on the development, Jayaraj Govindaraju, executive vice-president, marketing and corporate communications, Micro Labs, said that it caused much heartburn to hear the story involving Dolo, especially after going all out to make it available during the pandemic. He rejected reports of promoting the Dolo tablet dishonestly and said that Rs 1,000 crore was their marketing overhead across all their products over six years.

According to the facts available with IQVIA, a healthcare research organization, Dolo-650 recorded sales of around Rs 29 crore in December 2021, up almost 62% from December 2020. Its peak sales figures are from April and May 2021, when it witnessed sales of approximately Rs 49 crore and Rs 45 crore, respectively. The growth came when the nation was going through the second wave of the pandemic.

The medical profession that is considered as a self-sacrificing service to humankind has time and again been proved to be otherwise. A profession that should have been guided by the mission of selfless service is now boosted by the commission. Everything is commerce and commerce is everything.

The research discovered that seven key pharma firms had spent a total of around Rs 34,187 crore on marketing in eight years, which considerably enhanced the price of the drug. Generally, sales promotions account for about 20% of the cost of the drug.

The link between pharma firms and doctors runs very deep and continues to enhance the sale of medicines. As doctors cannot accept any cash or favours, pharma companies offer incentives and gifts, and in turn, doctors play with the health of the common people. Under this immoral nexus, patients are recommended high-dose drugs for long-term treatment. Frequently, such combinations in the prescription are not necessary.

The questionable doctor-pharma bond remained under the scanner for a long time, but the pandemic exposed it. The pandemic was an eye-opener as far as the healthcare sector is concerned. Needless to say, that the good, bad and the horrible exist everywhere, but few professions are too critical to allow for the bad and the horrible.

The disorder and chaos that predominated during the pandemic appeared more because of intent rather than accident. Things changed very badly in the name of treatment. From the preliminary cure for Covid-19 being the drug hydroxychloroquine to Dolo-650 to Azithral to Ivermectin to Medrol, to Remdesivir, the prescription kept on varying regularly till the medicines went out of stock in the storehouses. And several top doctors from the best institutions were accountable for this. Investigation and investigators appeared to be a part of the gameplan. Maybe, they were supported by alliances to induce markets rather than test hypotheses.

The influential pharma lobby made hay while the people grieved. The issue of medical morals was never as disputable. The healthcare sector capitalized on the health shock and many unprofitable businesses could turn their balance sheets around. While the patients continued to be handled like guinea pigs, humankind stood discredited. It is not just about one epidemic. It is about one whole sector and a significant one. Corona authenticated what was always imagined. The skeletons in the cupboard of healthcare business became noticeable to the common people.

The Dolo controversy once again highlights the need for a strong law to curb such practices. The tax raids have once again brought to light the cracks in the present regulations to implement principled medical conduct. Although the issue is under scrutiny, it tosses up two main elements. Firstly, there can be no rejecting the fact that doctors are certainly loaded with benefits and paid holidays to attend seminars and conferences in the garb that such expenditures are purely “educational”. Secondly, there is not sufficient clarity on how the regulations, laws and codes in question can be evoked to control these customs. Compared to the first one, the second issue is severe. Such uncertainties can either initiate illogical tax meddling to decrease even genuine promotional expenses or misconduct not being checked at all. A complete restriction on promotion could suppress investment in research and product development. Therefore, rules and their implementation demand a relook.

There are three regulations, laws and codes in debate here. The conduct of doctors are regulated by the Indian Medical Council (Professional Conduct, Etiquette and Ethics) Regulations, 2002. Pharma entities are administered by a Uniform Code of Pharmaceuticals Marketing Practices (UCPMP), which was introduced in 2015. Finally, the provisions of Section 37 of the Income Tax Act mention deductible expenditures which are not illegal or offensive and are applied proactively to curtail medical promotional disbursement.

The IMC guidelines prohibit doctors from receiving favours and freebies, but permit more scope for medical associations. The UCPMP for the pharma industry is not a mandatory code and it has minute enforceability. Efforts to read Section 37 of the Income Tax Act into the Medical Council of India Regulations have been questioned in court on whether its relevance can spread beyond doctors to governing industry. Moreover, there has always been a disagreement over allowable expenditures. According to the Finance Bill 2022, the claim of any expenditure incurred in offering aid in breach of the stipulations of the IMC shall be disallowed as per Section 37. But this is not so simple.

Thus, the prevailing legal compliance conditions are quite vague and encourage wrong practices. But the eventual victim is the injured patient. There are strict directives in place to lessen corruption in the pharma sector in nations like the United States, France, Germany, Hungary, Italy, the UK, etc. These directives have been successfully executed in these nations. Criminal cases have been filed against pharma corporations and hefty punishments have been enforced on them.

A legal code for the pharma industry that dictates some sensible restrictions, while stressing clarity in disclosures, could assist in the efficient execution of Section 37 of the Income Tax Act, which attempts to govern the industry by employing a statute meant for the medical profession. The marketplace for medicines is dissimilar from that of consumer products, as the buyer trusts data from the pharmacist and doctor and does not decide on his own accord. Therefore, dishonest promotional action can injure consumer interest and misrepresent competition.

India’s pharma sector could do with healthier post-production exercises. There is an urgent need for stringent regulation like the global provisions which not only control unethical practices, but also provide harsh punishment for playing with the health of the people. Hence, an obligatory code for the pharma industry is immediately needed.