Lawyers for the former US president in a court filing recently admitted that it is possible that he broke the Presidential Records Act, taking home classified documents. Would Donald Trump face full accountability after leaving office? 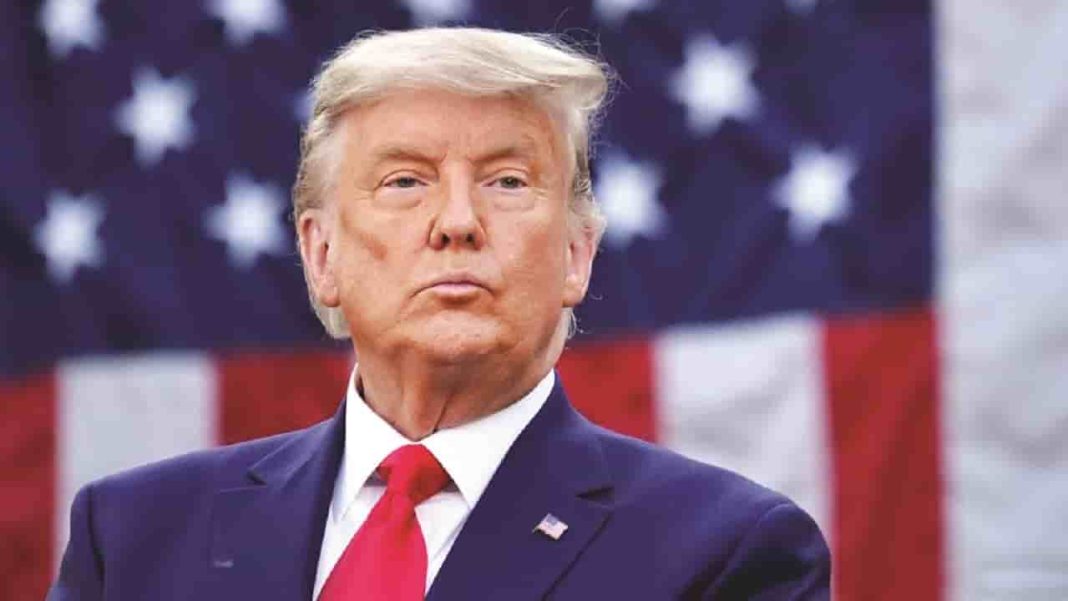 Lawyers for former US President Donald Trump in a moment of judicial insight acknowledged that the ex-president, may be prosecuted for illegally retaining classified secret government material, which he then refused to give back.

The lawyers and the former president dispute his culpability, but recently in a court filing admitted that it is possible Trump broke the Presidential Records Act taking home these documents.

The stark admission came in court filing about how the “special master” would function to review an estimated 11,000 pages of documents. Trump has claimed the personal right to declassify, though he has not stated that he “declassified” anything seized at Mar-a-Lago. Federal agents in August had executed a court-approved search warrant as the National Archives demanded presidential material be returned.

Federal Judge Raymond Dearie, appointed the special master, issued no rulings, yet was clear that if Trump’s side remained silent on whether their client had at some point in his presidency declassified the documents, Dearie was likely to agree with prosecutors that the documents at the heart of the case are still classified.

Trump’s legal team has argued that answering the question now could put them at a disadvantage in any future criminal prosecution, or a future legal fight over returning seized documents to Trump. When Trump’s defense attorney James M Trusty argues, he should not be forced to disclose declarations and witness statements, yet the judge replied: “My view is you can’t have your cake and eat it.” An indication that he may not be entirely sympathetic to the former president’s attempts to bog down his evaluation with time-consuming questions over the classification status of some of the documents.

Days after the extraordinary search of Trump’s estate, the former president claimed he declassified some of the seized records, and thus they aren’t classified anymore. There is actually a process for the president to declassify something. It is not like waving a magic wand, Harry Potter style. Neither he nor his lawyers have ever made those same assertions in court—or in court papers—where they could face penalties for lying.

It helps to understand that a historical Trump approach to any legal matter is to delay the court, which is what the special master “ask” was all about. The appointment of a special master came before a young inexperienced judge appointed to the Federal District bench by Trump. Her decision was considered illogical by many legal experts who criticized it as “unprecedented,” “untenable,” “radical,” “oblivious,” “deeply problematic” and “stupid.” In fact, Trump’s former attorney general, William P Barr, called it “wrong” and “deeply flawed”. On Trump matters, Barr has shifted 180 degrees from his days as the loyal attorney general. He is not hiding his effort to speak for the rule of law. (And perhaps reclaim his reputation.)

The Justice Department had asked Federal District Judge Aileen M Cannon to review and change her unusual ruling, which she denied. Now the Justice Department is asking an appeals court to let the FBI regain access to the 100 most sensitive documents retrieved from Trump’s summer home and club in Florida, separate from the issue of the special master. That 11th Circuit court is dominated by Trump appointees.

The appointment of Dearie was a surprise because he was rather obscure, serving on a secret court that dealt with intelligence matters. It is believed that Trump’s lawyers and advisers think the judge is a skeptic of the FBI. This is supposedly based on his work on that court which approved warrants used to surveil former Trump campaign aide Carter Page in 2016 and 201. Page appeared to have a relationship with Russians attempting to support Trump’s election.

No one is above the law is an American cliché. A questionable Justice Department policy meant Trump could not be indicted while he was president. After leaving office would he face full accountability?

The New York State Attorney General announced she will charge Trump, his family and his business with a massive civil law suit for fraud and deceptive trial estate practices. The 220-page indictment in New York seeks a $250 million restitution for the cheating.

Judge Canon’s ruling says Trump is still special because he is an ex-president. She didn’t hide her logic. “Based on the nature of this action,” Cannon wrote, “the principles of equity require the Court to consider the specific context at issue, and that consideration is inherently impacted by the position formerly held by Plaintiff.” This ruling is tailored for one man, which is not supposed to happen in a democratic society.

Trump-appointed judges have been willing to break precedent to achieve political ends. Consider that the Supreme Court’s recent willingness to ignore “stare decisis” logic with their own preferences, most notably in their Dobbs vs Jackson Women’s Health decision overturning the 1973 Roe vs Wade decision protecting the right to abortion. They did it in West Virginia vs EPA, limiting Congress’ ability to delegate regulatory authority to agencies. The far-reaching implications of that are likely to be felt for some time.

US attorney General Merrick Garland swore in 200 new Americans at an immigration ceremony held on Ellis Island in the historic Great Hall on September 17. His message had a larger audience, stating that for two more years, the Justice Department will follow evidence where it leads.

“The protection of law—the Rule of Law—is the foundation of our system of government,” the attorney general said.

On the same weekend, at an Ohio rally, Trump’s behaviour indicated that he is now cultivating a violent, extremist base. Before the event, he used his social network platform to focus on conspiracy theories espoused by QAnon. His MAGA followers believe that he is leading a secret war against pedophiles and cannibals and that he will soon be placed back into power, will arrest his Democratic political enemies, try them, and execute some of them.

That moment of his return is called “the Storm,” and one of his “retruths” assured his audience that “The Storm is Coming”. The rally played the QAnon theme song and featured QAnon-adjacent politicians. Supporters gave him a QAnon salute which is physically very close to a nazi salute from Hitler’s dictatorship in Germany. Attendance was far smaller than what he enjoyed as president.

—The writer has worked in senior positions at The Washington Post, NBC, ABC and CNN and also consults for  several Indian channels