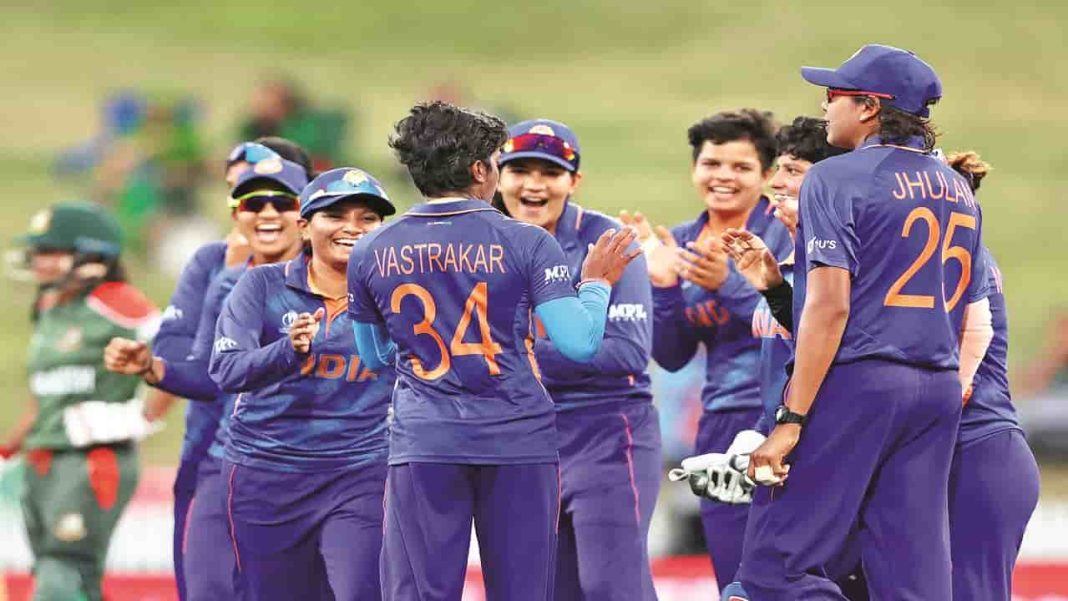 Here are some sets of interesting information.

The first is about the World Inequality Report 2022, which says that Indian men in general earn 82% of the work pay, with the women getting only 18%. The second is about the World Economic Forum’s (WEF) Global Gender Gap Report of 2022, which shows India’s position at 135 out of 146 nations in the gender gap category. And the third is a recent development, in which the Board of Control for Cricket in India (BCCI) has reported that in its recent apex council meeting it has decided that India’s male and female cricketers would henceforth earn the same match fees.

Board secretary Jay Shah’s announcement is already old news, but the issue is, how does that reflect on the rest of the country? How does it reflect on our unflinching patriarchy, our misogyny, our obscene record on mistreatment of those on the distaff side?

We should start at the beginning, because this just might be the beginning in a society where even rapists are shamelessly pardoned by the state, garlanded for their “valour”, for their sanskriti.

We Indians do not respect our women: that is a given. Starting from Draupadi in the Mahabharata, or maybe earlier, to the garlanding of rapists, we treat women like chattel, like a set of people who were supposedly born to be maligned, ill-treated and exploited. Feminism, if ever, hangs on to the coattails of the elite.

Even when badminton champion Saina Nehwal was born, her grandmother—of all people—would not even care to visit her for months. Granny wanted a grandson, and Saina was a disappointment; it was left to Saina to climb out of this ugly pit and prove herself, within a hostile environment.

And when we talk about Saina and her granny, we realise, that patriarchy is practised not just by men. It is supported wholeheartedly by some womenfolk too.

Think about two aspects of life. Women’s matches—be it cricket or football—are attended thinly, mostly by men. Women don’t give two hoots about their own kind in action. Women comprise a half of our population. This results in low endorsements, low representation at international meets and, of course, low esteem.

Then there is a complete lack of interest of the national broadcaster and every other broadcaster worth their salt in promoting events, sporting or otherwise, where women wear the pants.

There have been almost obscene advertisements, created by automobile manufacturers, where the husband is supposedly the only person in the family who can afford to buy a car, where he is the person who is responsible for “explaining” mundane details of a vehicle to the wife, as the wife listens, wonder-eyed. These are society-endorsed, advertiser-endorsed, broadcaster-endorsed and, finally viewer-endorsed.

The BCCI has done good to lift the women’s morale and former India women’s team captain Mithali Raj has been quoted as saying that this was a “historic decision for women’s cricket in India”. New Zealand was the first country to introduce equal pay for women’s and men’s cricketers. That happened in July.

We would want the All India Football Federation (AIFF) to follow suit, but the AIFF does not even have a national women’s league, forget international matches. To that extent, the BCCI is showing the torch to a road less travelled by.

Former Chief Justice of India (CJI) NV Ramana had, in January last year, delivered a remarkable judgment on gender equality. He had said that, while calculating the notional income of a housewife, the Supreme Court should make an attempt to fix an approximate economic value for all the work she does.

It was a bench of the then CJI and Justices Surya Kant and Aniruddha Bose that made the observation, while hearing an insurance claim by three surviving dependants of a deceased couple. The case was of compensation due in a motor accident. The insurance company had offered a compensation of Rs 6.47 lakh for the death of Poonam (the wife) and Rs 10.71 lakh for Vinod (the husband).

While deciding the quantum of compensation—rather, the difference in the quantum when calculating future prospects—the Court said that household work was work, it has value. Justice Ramana had said: “The sheer amount of time and effort that is dedicated to household work by individuals, who are more likely to be women than men, is not surprising when one considers the plethora of activities a housemaker undertakes. A housemaker often prepares food for the entire family, manages the procurement of groceries and other household shopping needs, cleans and manages the house and its surroundings, undertakes decoration, repairs and maintenance work, looks after the needs of the children and any aged member of the household, manages budgets and so much more.

“In rural households, they often also assist in the sowing, harvesting and transplanting activities in the field, apart from tending cattle… However, despite all the above, the conception that housemakers do not ‘work’ or that they do not add economic value to the household is a problematic idea that has persisted for many years and must be overcome,” Justice Ramana had added.

These are laudable precedents; these are torches meant to illuminate the darkness within us. If the Supreme Court has not been able make a dent in our collective consciousness, maybe the BCCI order will jog our conscience a bit more.

We can just live in hope.

—The author writes on legal, economic and corporate issues, apart from social commentary. He is Executive Editor at India Legal