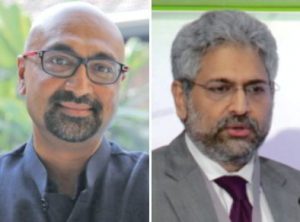 Media owners looking to hire professionals from abroad with editorial expertise and professional standing will need to think again. This government is using the colour of the passport to crack down on those publications it sees as being even mildly critical of not just the government but those who are perceived as being close to the powers that are. One example was when Shobhana Bhartia, chairperson of the Hindustan Times, met the prime minister to invite him for her paper’s annual leadership summit. He instead quizzed her on the nationality of the then editor of HT, Bobby Ghosh (above left) who had an American passport, and why a “foreigner” was running an influential daily. Ghosh was promptly asked to resign. Now the Intelligence Bureau is busy collecting details of the passport of Siddharth Varadarajan (above), co-founder of the online news site, The Wire. Varadarajan also has an American passport but had been appointed earlier as editor of The Hindu. The colour of the passport was never an issue in the media earlier. The Wire has taken an independent stand on issues and recently wrote on Amit Shah’s son, Jay Shah’s dramatic change in business fortunes since 2016. 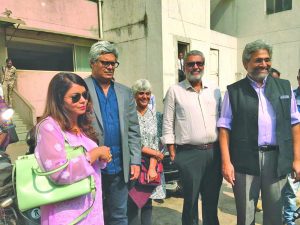 The defamation case involving Jay Shah and The Wire is yet another time-tested way to put pressure on a particular media house through harassment and enhanced expenditure. Recently, a weekly newsmagazine facing a defamation suit filed by a high flying tycoon over a story on his education empire, found that five of its senior editorial staff had to travel multiple times to remote Guwahati where the case had been filed. Thanks to frequent adjournments, the cost to the company was prohibitive. The Wire is Delhi-based but Shah filed the case in Ahmedabad and demanded urgent hearing of the matter. A month later, the hearing has already been adjourned three times. The metropolitan magistrate had refused a request from The Wire to exempt them from personal appearances and five members of the portal showed up at the Ahmedabad court—the author of the article, Rohini Singh, Managing Editor Monobina Gupta and Founding Editors Siddharth Varadarajan, Sidharth Bhatia and MK Venu. The next date of hearing is December 16 which makes a mockery of Shah’s demand for a speedy trial.

The print industry is taking stock of the revenue slump that occurred after demonetisation was announced in November last year. For four months after November 9, the industry faced its worst-ever economic performance. The print media depends on advertisements and newsstand sales, apart from annual subscriptions. Once cash dried up for consumers, print publications saw a sharp fall, affecting dailies and periodicals both. Just as it was recovering from the “note ban”, came the GST bombshell. Some media professionals aver that GST impacted their industry more than demonetisation. Ads were taxed at 5 percent which was not the case earlier. There was one positive effect—it forced media owners to look for other sources of revenue—events, sponsorships and expanded digital presence.

Those outside India who have been spared the benefit of Arnab Goswami’s broadsides can now look forward to some interesting times. Republic TV is now going international—it has tied up with OSN, the pay-TV provider in the Middle East, and another outfit in North Africa (called the MENA region in TVspeak), and has started broadcasting its content in those markets. Today MENA, tomorrow the world?