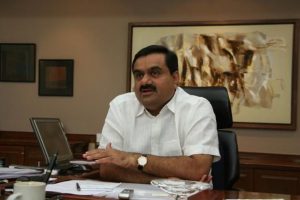 The Australian media has been at the forefront of massive protests against Gautam Adani’s coal mining project in Queensland. Thousands of people in Australia, including environmentalists, have started an “Adani go back” campaign to deter him from moving ahead with the Carmichael Coal Mine and Carmichael Railroad project that will form the largest coal mining project in Australia, and will be one of the largest in the world. Protesters have raised concerns that the project can increase global warming and also threaten the Great Barrier Reef. The media was in for a rude shock when a TV crew arrived in Gujarat to add some local flavour to their investigation. Australian TV channel ABC’s Four Corners investigative team say they were threatened by the Crime Branch of Gujarat Police and forced to leave the state. The team shared the treatment meted out to them in a video which they posted on Twitter. It has reporter Stephen Long narrating how the police reached his hotel room the day after his arrival at Mundra port. They were interrogated for almost five hours. Long says the police threatened that if they did not go back, the police would shadow them wherever they went. He adds that the name Adani was never mentioned but it was clear that his business activities were off-limits for the media.

Shah of the Media 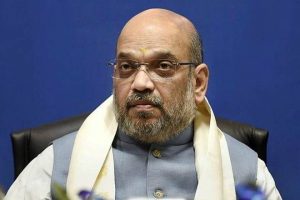 Amit Shah has overtaken his boss in terms of the coverage he gets in the media. It is not just to do with the countrywide yatra he is currently on, he is raising his profile even more by increased activity on social media along with how he is treated by the media, which seems to be eating out of his hand. India Today just ran a flattering cover story on him where he agreed to pose for the equally flattering cover. Last week, three national dailies, The Times of India, The Indian Express and The Hindu, gave him front page coverage. All three wrote extensively on his visit to Jharkhand, not by their own reporters, but by quoting extensively from Shah’s own blog, which is why none of the stories carried a byline. That app-roach has given Shah the belief that he can browbeat the media. At a recent meeting with senior journalists of a large-selling Hindi daily, a recorder was switched on. Shah leaned over and switched it off, saying: “Your editors know what will be printed and what will not.” The interview was sent to him for verification and came back with questions and answers that were not in the original interview.

The country’s leading business newspapers, The Economic Times and Mint, are going through major editorial changes. Mint, owned by the Hindustan Times Group, was left headless after its editor, R Sukumar, was moved to replace Bobby Ghosh as editor-in-chief at HT after the latter abruptly resigned. The search for a Mint editor is still on with two names doing the rounds—Anil Padmanabhan, who was number two to Sukumar, and another senior business journalist from The Hindu stable, who is yet to make up his mind. In The Economic Times too, two senior editorial personnel have been shifted or asked to move out. It’s clear ET may not be in the pink of health.

Each time a story breaks against the Modi government, its coverage shows the deep divisions in the Indian media. The classic example was the coverage on Jay Shah, son of BJP president Amit Shah. Almost a week after the story broke, there is no mention of it on Arnab Goswami’s Republic TV and its rival Times Now and CNN 18, apart from official broadcaster Doordarshan. Republic is owned by pro-BJP MP Rajeev Chandrashekar and CNN News 18 by Mukesh Ambani. Even The Hindu, according to Newslaundry, chose to put the story on Page 10 when it broke in The Wire.