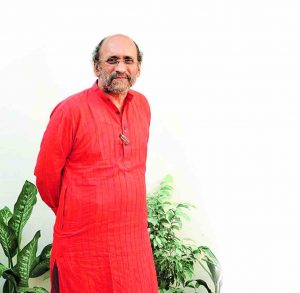 The fallout from the messy exit of Paranjoy Guha Thakurta as editor-in-chief of the venerable Economic and Political Weekly (EPW) continues to spread. Thakurta was forced to resign by the trustees who oversee the weekly over an article he had published on industrialist Gautam Adani which contained allegations of financial malpractice.

Adani’s lawyer had sent the weekly a notice for a defamation suit and the trustees made Thakurta remove the offending article from the EPW website. One independent online news portal, The Wire, however, reproduced Thakurta’s article and played it up, saying it was a question of “grave public interest”. Two days later, they too received a legal notice from Adani’s lawyer. The Wire, however, has stood firm, even adding a piece on how Thakurta was being trolled by right-wing activists. 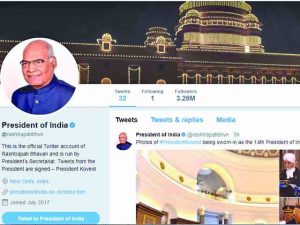 It is time that the mainstream media cross-checks social media related “facts” before putting them out in the public domain. Recently, a host of news channels as well as newspapers—The Times of India, The Economic Times, The Financial Express—went to town on how President-elect Ram Nath Kovind made his debut on Twitter and gained three million followers in an hour!! A clear case for exclamation marks since no one would have thought that the new President was so popular. However, it was later revealed that the magic three million were those who had been transferred from his predecessor’s official Twitter account. Apparently, the social networking site has a policy of digital transition which comes into play when one occupant in a position of power in the government is replaced by another. 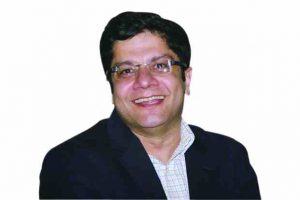 Are major changes in the offing at the India Today Group? On July 29, the grapevine was abuzz with the news that Ashish Bagga was quitting as CEO. Two days later came the confirmation that he had indeed quit after having spent 15 years with the company. The reasons for his exit are not known. Bagga, on his part, has kept his cards close to his chest, stating that the time had come to move on. However, sources point out that Living Media, which runs India Today, is in talks with RP-Sanjiv Goenka Group which is eyeing a majority stake in the Aroon Purie-owned media empire. As and when that happens, management changes are to be expected. Bagga’s exit, they say, must be seen in that context. Rumours also abound of his role being diluted by the rise of Kalli Purie who is Group Editorial Director and heir apparent. She has effectively taken over the CEO’s role, except in financial matters, till a replacement is in place.

When it comes to the media, the unofficial censoring authority remains faceless but is rather effective. If senior journalists are to be believed, then all it takes is a phone call from “Mr Anon” and a story is killed or pulled out from the newslist. Recently, the anonymous censor was at work at the Hindustan Times which first put up a piece on its website critical of India’s posturing against China as well as the Modi’s government’s three-year track record and then suo motu withdrew it. The only explanation given to staffers was that it was “too negative”. Last week, The Times of India’s Ahmedabad edition, as well as DNA, removed within hours a story they carried on Amit Shah’s assets growing by 300 percent in the last few years. The BJP president later accounted for the steep increase by stating that he had inherited property following his mother’s death in 2013. There is much speculation about the identity of the invisible censor but fingers point to a senior minister who is known in media circles as “Bureau Chief” for his vast contacts among the journalistic community. Add to that his ministerial clout, which is enhanced by the crucial portfolios he holds.