Media under the Gun 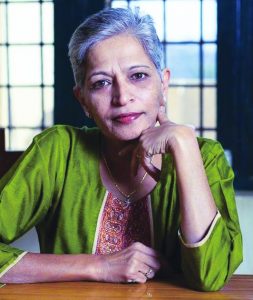 The murder of prominent journalist/activist Gauri Lankesh has sent shockwaves through the entire media fraternity in India. The message it sends is unequivocal and ominous: critics of right-wing Hindutva politics have a target painted on their back. Gauri’s activism covered many areas but criticism of the BJP and the threat it posed to Indian society was a recurring theme. She even snapped a friendship of 35 years with theatre person Prakash Belawadi when he became media adviser to the BJP in 2014. Her activism started when she became editor of Lankesh Patrike, started by her late father, P Lankesh. Her outspoken views led to a falling-out with her brother, and she started her own Kannada weekly called Gauri Lankesh Patrike. Down south, she was the most prominent anti-BJP face and her murder has galvanised the media fraternity into organising a series of protests. Gauri’s murder is eerily similar to the murders of rationalists MM Kalburgi, Narendra Dabholkar, and Govind Pansare in terms of the modus operandi, but so prominent was her byline—and voice —that her assassination, unless it is solved soon, is politically explosive.

Are there enough takers for cricket for Star TV to have paid Rs 16, 347.5 crore for IPL rights? The Broadcast Research Audience Council India’s recent ratings show that cricket isn’t in the top five of sports channels. Apparently, badminton, tennis, football and kabaddi are eating into cricket viewership. Reason: viewers over the years have become far more discreet and do not watch cricket for cricket’s sake. Dull matches, like the ones during the recently concluded Sri Lanka tour, no longer can keep viewers glued. So, how will Star recover the huge amount paid for IPL rights? Well, it has hiked ad rates by over 50 percent to touch Rs 11.75 lakh for 10 seconds. But advertisers will only bite if IPL attracts viewers. So, the matches will have to be spiced up!

Recently, the News Broadcasting Standards Authority (NBSA) asked Hindi news channel Zee News to apologise on air for calling poet, scientist and filmmaker Gauhar Raza a member of the “Afzal Premi Gang” in March 2016. The NBSA also asked the media house to pay a fine of Rs 1 lakh. The agency had asked the news channel to air the corrigendum on September 8, and to remove the footage of the programme from its websites. In its reportage between March 9, 2016, and March 12, 2016, Zee News had repeatedly telecast a clip of Raza reciting three of his poems at an annual poetry event named Shankar-Shad Mushaira. The poems were about theatre activist Safdar Hashmi and the murder of two journalists in Iraq in 2010. Zee News twisted its report to brand Raza anti-national and equate his poetry with protests that took place at JNU in February 2016. Raza had said Zee News had branded him as anti-national and a supporter of the 2001 Parliament attack convict, Afzal Guru. The NBSA has acted on two complaints – one filed by Raza in April 2016, and a joint complaint filed by actor Sharmila Tagore, singer Shubha Mudgal, poet Ashok Vajpeyi and lawyer Vrinda Grover, among others. The NBSA in their missive to Zee had stated: “Members present were unanimous in their view that the entire programme was intended to sensationalise the issue in a biased manner, and facts were distorted and manipulated to masquerade as news.” Zee Media’s Editor-In-Chief Sudhir Chaudhary claims that they had not violated any of the NBSA guidelines. 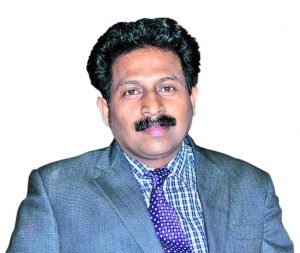 Is there an unofficial ban being imposed by Twitter on those posting anti-government views? Last month, the Ministry of Electronics and Information Technology had 19 Twitter accounts blocked for their Kashmir content. But the social media site has allegedly been doing more than that. It has been limiting the engagement of tweets put up by certain users. One of them is James Wilson, a civil engineer who works for the Kerala government. He has become very popular for his tweets on demonetisation. The data he collects and disseminates has become an embarrassment for government because of their accuracy. Of late, James finds that his once-popular tweets are no longer being followed as enthusiastically. Many experts suspect that ghost or stealth banning may be in operation.