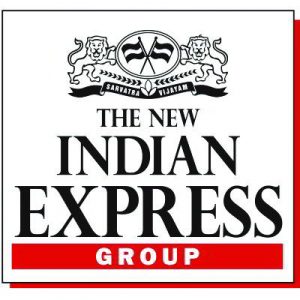 Delhi is set to get another daily newspaper. This is The New Indian Express in another avatar. The Chennai-based paper has been confined to south India under the settlement between founder Ramnath Goenka’s adopted son Vivek, and his cousin Manoj Sonthalia which split up the original Indian Express editions. The Indian Express was to operate in North India while the nine southern editions were renamed New Indian Express. Under the settlement, they were barred from launching editions in each other’s territory. Now, The New Indian Express is readying to launch in the capital by tweaking the title. The weekly paper it runs in Delhi, The Sunday Standard, re-launched by Prabhu Chawla, will form part of the new edition’s magazine section. They have readymade office space in the Express Building on Bahadur Shah Zafar Marg, owned by Sonthalia’s aunt, Saroj Goenka. A new editor for the Delhi edition, hailing from the north east, has been hired along with other staff. The new edition is scheduled for launch in November-December. 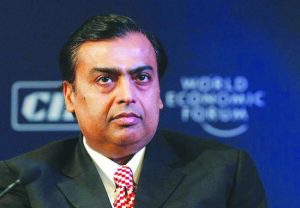 There seems something decidedly odd about a news portal owned by Mukesh Ambani, one of the Prime Minister’s staunchest supporters, being increasingly critical of the government and, in particular, its economic policies. FirstPost was bought over by Ambani as part of the buyout of CNN-IBN Network 18 media group owned by Raghav Bahl. The original editor of FirstPost, R Jagganathan, who had given the portal heft and credibility, was moved out and initially, the news and media website was obviously pro-government. In the last few weeks, it has undergone a remarkable transformation, with many of its lead stories sharply critical of the government, especially on its economic initiatives like demonetisation and GST.  In an analysis of the Prime Minister’s speech assuring the public that the economy was on track, FirstPost wrote: “There is enough in the air to suggest that in walking the wedge between political brazenness and clever action, he (Modi) is still on risky ground.” The television arm of Network 18 is pretty much pro-Modi which leaves the question of whether such independence to his news portal is part of a deliberate strategy on the part of Ambani.

As far back as one can recall, the Indian media has never been as supportive of the government as it has been since Narendra Modi took over as Prime Minister. This government has some dubious ways of getting the media on its side, while some methods are quite clever—making editors and owners brand ambassadors of government schemes. Take media baron Aroon Purie who was appointed brand ambassador of the Swachh Bharat Mission by Modi. Now, the India Today group he heads, hosts an annual Safaigiri Singathon complete with Safaigiri awards which, inevitably, becomes a pro-government programme.

Newslaundry, the ad-free, non-profit English media and news website launched by Madhu Trehan and Abhinandan Sekhri, is set to get a much needed financial boost. Sources say that a substantial amount of money is being invested by the US-based Omidyar Group, headed by the founders of e-Bay, which has investments in over 70 countries, including in 35 companies in India. Their India operations, many in not-for-profit organisations, including another news portal Scroll.in, was once headed by Jayant Sinha. Trehan, incidentally, is wife of cardiac surgeon Naresh Trehan and sister of India Today owner, Aroon Purie.

The Supreme Court, while upholding the order of a disciplinary Committee dismissing a police constable who was acquitted in a murder case, said: “Acquittal in a criminal trial does not conclude a disciplinary enquiry.”
Read more

The Supreme Court has extended interim bail of Sukesh Chandrashekhar, alleged middleman in the AIADMK’s ‘two leaves’ symbol matter, to November 17 on the ground of the COVID infection.
Read more

The Allahabad High court has rejected a revision petition filed by a 14-year-old boy, accused of having sexually molested a child.
Read more