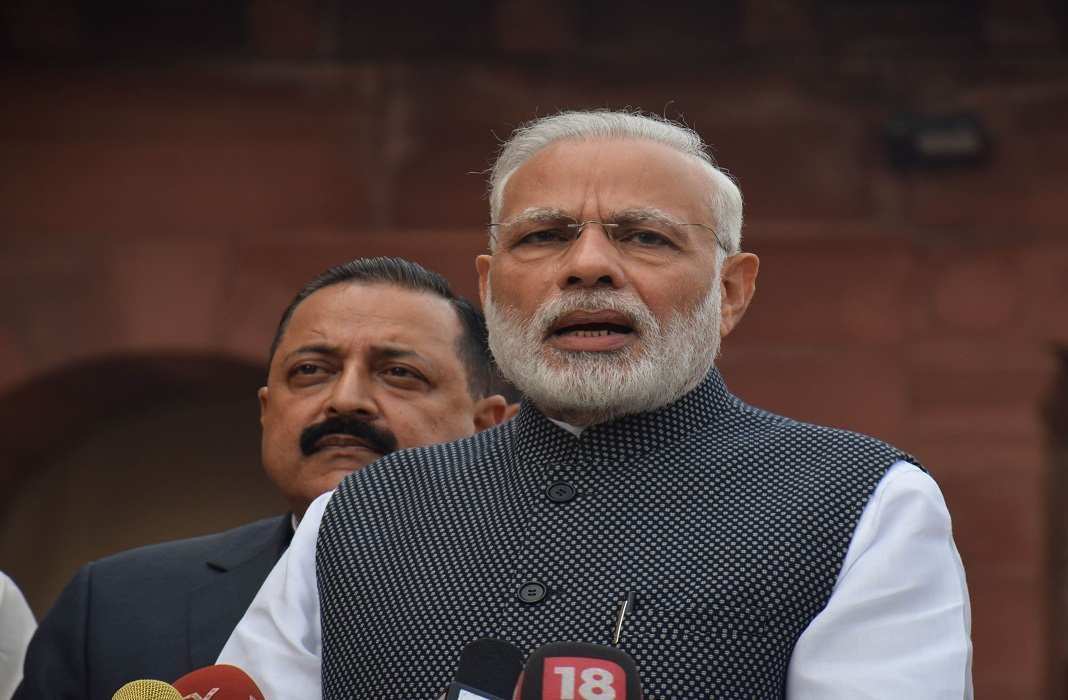 For the first time in his two-and-a-half-years as prime minister, Narendra Modi—who has been using the social media, television and radio to air his thoughts and views and communicate his decisions to the country—has sought people’s opinion through a questionnaire regarding the controversial decision to turn Rs 500 and Rs 1000 notes invalid.

Apparently after watching the chaos and the terrible inconvenience it had caused ordinary people across the country, Modi has resorted to an opinion poll of his own by asking the people to answer 10 questions on the issue. The questionnaire is of course a loaded one, where Modi is seeking the approval of the people for his decision. That is why, the second question on the list is:

Do you think the evil of corruption and black money needs to be fought and eliminated?

It is only the eighth question that refers to the chaos that has been triggered by the decision:

Did you mind the inconvenience faced in our fight to curb corruption, black, money, terrorism, and counterfeiting of currency?

And the choices offered are: ‘Not at all’/‘Somewhat, but it was worth it’/ ‘Yes’.

This is indeed a highly manipulative opinion poll, and it is not the fault of either PM Modi or that of his aides because structured opinion polls work only with the proverbial blinkers on. It is difficult to devise an open-ended poll that allows for infinitely variegated responses.

The earlier questions are blatantly propagandist in intent, and it seems that the prime minister is seeking validation from the people because most of the opposition parties in the two Houses of Parliament have only flailed the government for the ham-handed manner in which it has executed the plan.

The earlier questions are quite revealing about the anxiety of the Modi government to hear through the responses what it wants to hear. For example, the fourth question is:

What do you think of the Modi Government’s efforts against corruption so far?

The responses are restricted to: ‘Scale of 1 to 5 – outstanding, very good, good, ok, useless’.

The desperation of the government to get a pat on the back is quite obvious.

It is only in the 10th question that ideas and suggestions are sought from the people.

The Press Information Bureau statement enumerating the questionnaire ends on a note of eulogy:

“The Prime Minister’s core beliefs of direct engagement with people are yet again on full display in the survey.”