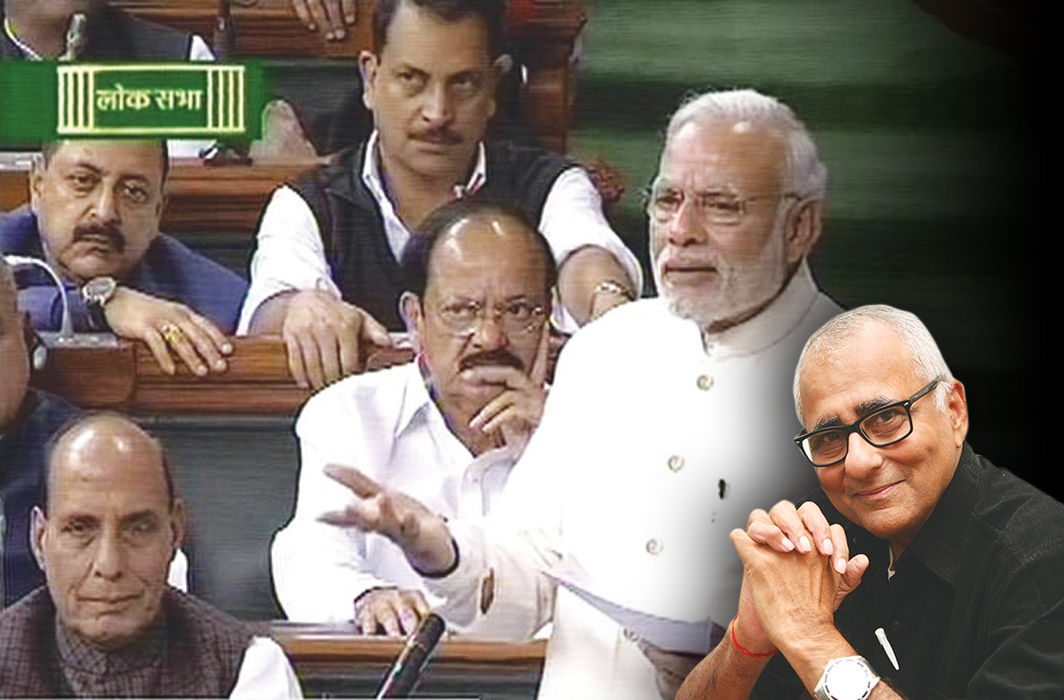 The cover story this week (India Legal magazine) is an example of the continuing alarms that India Legal sounds to warn readers about a general trend that points to the withering of Indian democracy. Generally defined as the rule of, for, and by the people, democracy is short-changed if you view it simply as the right of a person to exercise an individual franchise in an election. That is only the embryonic stage of a process which is expected to mature into a multi-faceted engine of accountability, transparency and checks and balances under the rule of law.

As Right to Information (RTI) architect and activist Aruna Roy says in an interview in this issue: “For Indians to realise that they can shape the destiny of this country they have to go beyond the vote to know what they can or cannot do. We want a shift from representative to participatory democracy.” She expresses deep distress over the intimidation and murders of RTI and free activists and journalists.

Also, in his peculiarly modulated and controlled style of expressing anguish, iconic Prof. Upendra Baxi writes in this issue: “The Supreme Court has evoked national concern ever since January 12, 2018, when its four senior-most justices not only released a letter they had written to the chief justice of India (CJI) concerning the ways the roster and collegium systems were working or not allowed to work properly but also appealed to the nation and history to rectify the current unhappy state.”

The judiciary, press, the RTI Act and of late, the Election Commission—are not the only arms of the Republic which are under attack. Our cover story adds a new dimension to this scary scenario: the very legislative process in Parliament, the lifeblood of running and governing a free nation, is in the process of being strangulated by diktat, fiat and political legerdemain.

An analysis and timing of these ordinances reveals a political motivation. They include the TRAI ordinance to help the appointment  of supercrat Nripendra Mishra as principal secretary to the prime minister, land acquisition ordinance, Uttarakhand appropriation ordinance and the recent death penalty ordinance against rape convicts.

The overall strategy is to muscle through diktats by bypassing parliamentary scrutiny. This is a multi-pronged assault on the system which TMC leader Derek O’Brien called “Murdering Parliament” in a tweet some time back. O’Brien was referring not to ordinances but to a related issue: The virtual abandonment of the parliamentary system of committees, joint committees and select committees which closely examine all Bills before they are put to a vote on the floor of both Houses. Said O’Brien: “In this BJP regime, only nine out of 74 bills passed have been scrutinised by a committee. In contrast, from 2009-14, 66 out of 116 bills passed were scrutinised by parliamentary committees.”

As envisaged by our founding fathers, the committee system was a seminal check on our lawmakers by the lawmakers themselves. Government bills were to be sent to committees for a thorough examination consisting of expert analysis, social impact and views of eminent citizens before being sent to the floor for voting. The framers of  the Indian Constitution, BR Ambedkar, Jawaharlal Nehru, Sardar Patel, Rajendra Prasad, HV Kamath, among others, favoured independent legislators.

Under the Westminster system of governance, the legislature is really an extension of the executive and cannot really be expected to police itself. So in order to ensure some form of accountability and ensure a modicum of separation of powers, committees and select committees were created to judge proposed laws not according to partly lines or whips but according to merit. Because these meetings were held behind closed doors, ministers were excluded from standing committees, legislators could speak their minds freely and record their dissent anonymously without fear of retaliation.

One of the most prescient pieces I have read recently on “murdering parliament” was by legal scholar and writer Malavika Prasad. Her analysis, available on the net, deserves wide attention from all who are interested in making the country’s constitutional democracy healthier and safer. I would like to quote from her at length. She explains that upon being introduced in the Lok Sabha, Bills are referred to Standing Committees for a deeper analysis. Standing Committees, appointed for a period of a year, mirror the composition of the Parliament with up to 21 members from the Lok Sabha and 10 from the Rajya Sabha. They thus represent divergent interests. Ministers—or members of the Council of Ministers responsible for formulating the Bill—cannot be nominated onto such Committees, to ensure a fresh and unbiased study of the Bill is carried out. Under the present government, only seven of 76 passed Bills were referred to Standing Committees.

She asks whether all our laws are democratically enacted. Her short answer: “Not really… because when Bills are not referred to Committees, the ruling party controls not only the formulation of the policy in the Union Cabinet but also the passing of the Bill in the Lok Sabha. This is why Bills can be passed within minutes, by sheer force of numbers, without engaging in any debate, as was the case in the Budget Session.

No doubt, the Bill does not acquire the status of law unless the Rajya Sabha also passes it. But, she notes correctly: “When the Bill is a Money Bill, as the Aadhaar (Targeted Delivery of Financial & Other Subsidies, Benefits & Services) Act, 2016 was, the Rajya Sabha enjoys even lesser powers.” If the Rajya Sabha chooses not to pass a Money Bill within two weeks of receiving it, or if it proposes amendments to the Bill that are not acceptable to the Lok Sabha, the Bill becomes law anyway.

I cannot find better words to conclude this essay other than the ones with which Prasad ends her own analysis: “In short, a handful of Ministers in the Union Cabinet get to decide what shall be the law for an entire nation of a billion people. What we have today is the supremacy of the executive in a democratic Constitution’s clothing. High school civics may have been simplistic, but it certainly was not wrong in teaching us that India’s is a democratic government because a Parliament elected by citizens enacts laws.”