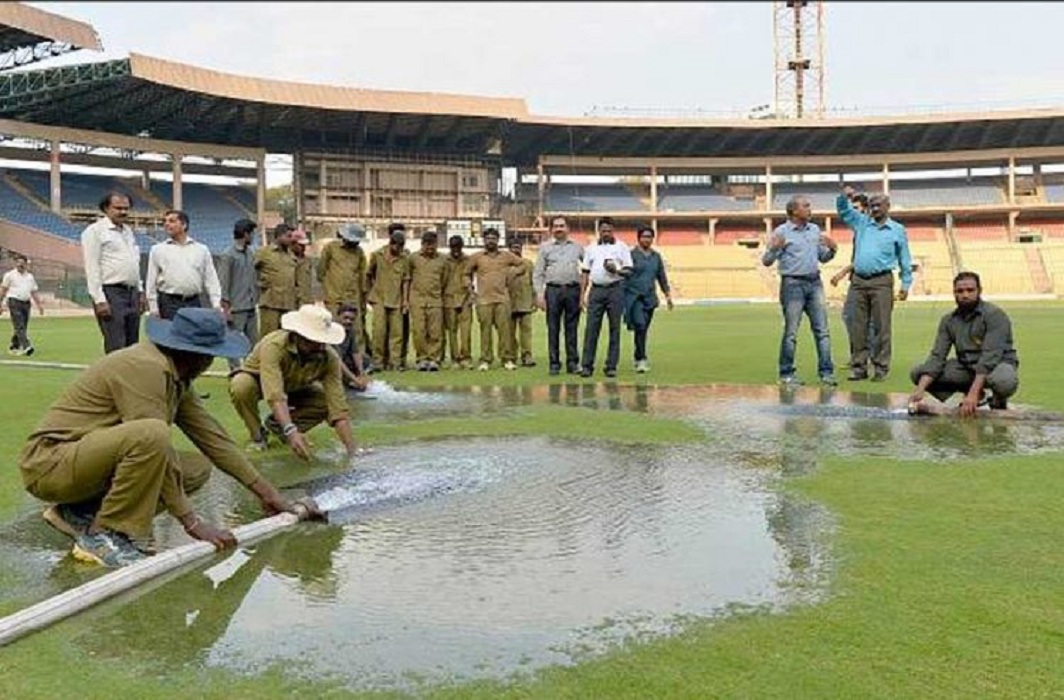 The National Green Tribunal will on Friday take up a petition that seeks to check what is termed as a rampant misuse of water during the ongoing Indian Premier League (IPL) matches at a time when the country is possibly staring at an impending drought. The plea has sought the NGT’s intervention on the “serious concerns on the wastage of water in the IPL matches and seeks directions to stop it.”

The plea filed by Haider Ali, President of a NGO, Aam Yuva Jan Kalyan Sanstha who works on issues relating water conservation, depletion of ground water sources, misuse of water in breweries, lack of water planning, says “that there is no gainsaying that there is rampant misuse of the water either because of lack of awareness or worse due to commercial greed and profit. It is a recorded fact that in major parts of India, there is scarcity of water and the even the basic water needs of the people are not being met by the State which has led to growth of water mafias”.

“…Every year large parts of the country are declared as drought affected areas or dark zones and despite the Union Government and every State having a water policy, the principles and guidelines provided therein are being a given a complete go by. Even the very basic water conservation practices are not being followed and on the other hand, large scale wastage of water is being permitted by the State Governments and Cricket Association to benefit a few against the interest of the vast majority of people,” the plea further explained.

Explaining the rationale as how the IPL matches would lead to acute water scarcity, the plea contended that according to the fixtures released by the IPL organizers, the first 21 matches of IPL 2019 will be played across 8 venues including Jaipur, Delhi and Hyderabad which have a history of water scarcity and are in drought affected zones. “Huge amounts of water will be used for preparation of pitches and grounds… That in preparing the cricket stadium pitch for a single cricket match at least 1 lakh litre water is required. In this manner, the cricket stadium pitches at various have to be prepared for 60 over matches. It is stated that for every match 2 to 3 pitches are prepared although the match is played on one pitch. This is apart from the water used for upkeep and maintenance of the ground. This all leads to huge amounts of water being consumed for what essentially is profit driven cricket extravaganza and is adversely affecting the ground water levels, ecosystem and the overall ecology. That the rampant misuse of the water by the Respondents in active connivance of State and Central Authorities for last 12 years is the violation of inalienable rights of life and pursuit of happiness.”