The case of an SDM asking the police to smash the heads of protesters underscores the need for psychological testing for central services officers. That will stall the entry of unsuitable candidates. 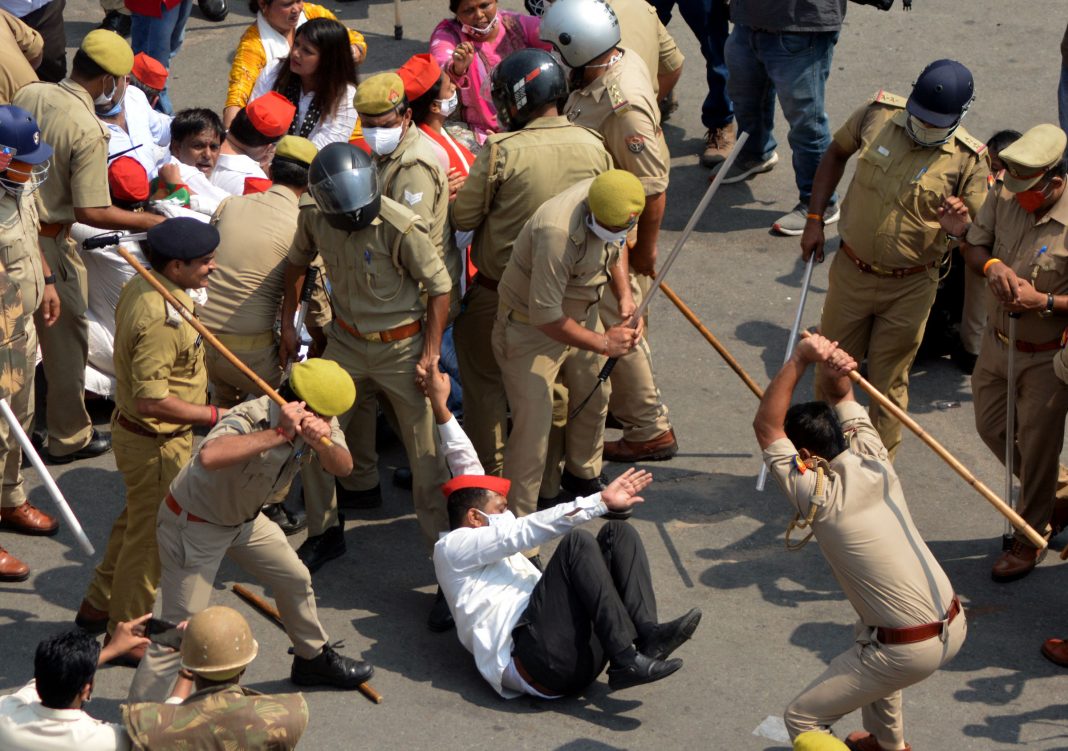 Recently, a trainee IAS officer of the 2018 batch was caught on camera issuing orders to “smash the heads” of agitating farmers at Bastara Toll Plaza in Karnal district of Haryana. Some years ago, a senior IAS officer of the state had ordered some firemen in Chandigarh to jump from the fire brigade vehicle “to test their fitness”, resulting in leg fractures in many of them. There have been other instances in the state where, though police officers were not spared for their “acts of omission and commission”, it was difficult to proceed against officers belonging to the Indian Administrative Service, ubiquitously called the steel frame.

Often, police officers are found to be sitting ducks for the powers that be and targeted at will and proceeded against to buy peace with agitating crowds. All the police officers referred below later came clean, but the ruling dispensations often sacrificed them to ensure general calm.

Some three decades back, two boys belonging to Karavad village were killed in a chase, resulting in an alleged police encounter in Rohtak district of Haryana. To silence a protest by the villagers who had blocked a highway, a young assistant superintendent of police was booked for the murder of the two. A decade back, an SP was booked for murder for a protester’s death due to police firing during a blockade in Hisar. In February 2016, the Jat agitation in Haryana saw the suspension of an inspector general of police for his inept handling of the situation. About a quarter back, another IPS officer, a DIG, was placed under suspension because the brother of a minister, allegedly found the officer taking on the might of his powerful brother.

However, in the case of Ayush Sinha, the young IAS officer who was posted as Sub-Divisional Magistrate (SDM) in Karnal, Haryana, Chief Minister Manohar Lal Khattar’s constituency, nothing has happened. A video went viral showing him ordering the police force at his command to “smash the heads” of agitating farmers in case they tried to break the cordon and disrupt a BJP meet on August 28. About a dozen protestors were injured and one farmer, Satish Kajal, passed away allegedly due to the police action, which the authorities denied immediately. The government sided with the SDM and even the CM merely found the officer only indulging in “inappropriate choice” of words while ordering force to be used. Meanwhile, the organisation heading the agitating farmers, Samyukta Kisan Morcha, laid siege of the mini-secretariat of the district and the impasse continued for over three days. No effort was made to proceed against the officer and he continued to stay protected, enjoying his official status and position.

After much public and media pressure, the state government transferred him, but no action was initiated against him, either departmental or criminal, as demanded by the protesters. The farmers kept converging and demanding his suspension and booking him for the murder of Kajal. They demanded compensation too for those who were injured in the police action. The siege began on September 7 and continued till September 10. The government finally agreed to have an inquiry conducted by a retired High Court judge, who will submit his findings within a month. The officer has since been sent on leave. Jobs for the family members of the deceased were promised too.

Though the issue stands resolved as of now, it gives rise to a plethora of questions. Should army type psychological testing of officers of central services be taken to find out if they are suitable for their high-profile jobs, where they are supposed to take critical decisions? Aptitude and suitability of a person should be the hallmark of every selection. Bullies, shaky, immature and temperamental people cannot be trusted in public service. The job entails only public welfare and those throwing their weight around and assuming airs are unsuitable. The colonial legacy of bureaucratic baggage will have to be shed in view of the constitutional provisions of service and delivery in administrative matters.

An officer is bound by the oath of office that he pledges. He cannot pass blatantly wrong orders. Even those to whom such orders are passed, should not work on them. Add to this the fact that every officer is guided by Conduct Rules. These Rules apply to an officer even if he is on holiday. Unbecoming conduct of an officer is punishable in government departments. It has been seen that in their anxiety to please their immediate superiors, especially political bosses, officers indulge in all kinds of such undesirable behaviour. This keeps happening with impunity, leaving decency, propriety, civility and service behind.

In any situation that warrants handling in a dexterous, justified, legal and procedural manner, an officer’s maturity and tact are tested. In the present case, there was immaturity and mishandling, both by the officer and the government. There was no harm in agreeing to the demands of the farmers as these were finally accepted by the government to diffuse the situation. The situation snowballed into a confrontation, which cost the state exchequer and caused discomfort to thousands of farmers and citizenry.

It is high time to take a fresh look at the SOPs to tackle crowds and unlawful assembly. A magistrate’s role in such situations is very crucial and he has to decide whether any kind of forceful dispersal is warranted, despite the police force asking for it. Though a police officer of a certain rank can order use of force if he acts in self-defence or public property is being damaged or human lives are in danger, yet a magistrate on the scene is expected to objectively assess the situation and proceed lawfully. It is not incumbent upon the magistrate to order direct “smashing of the heads”. This is not only deplorable but unprocedural, uncalled for, illegal and criminal.

Though the findings of the judge are awaited, seeing the video, statements of witnesses and the aftermath of the lathi-charge by the police, it is clear that the SDM indulged in the criminal act of inciting and abetting of a criminal offence. Though there may be a difference of opinion as to whether the death of the farmer was the result of the magistrate’s order, the video indicates definite culpability on the part of the officer.

The police in such a situation is generally baffled. They would look to their seniors for orders. The police cannot go unbridled and is expected to use only as much force as is required. In the absence of clear orders, things went out of control during the Jat agitation of 2016. In the present case, if the state government had acted keeping all the above factors in mind, proceeded against the erring officer, taken an objective view of the situation and ordered a probe in time, things would not have turned so ugly.

Misuse of official power is an offence and calls for a more deliverable system of accountability of the part of civil and police officers. All said and done, cruelty, barbarity, moral degradation and crossing the brief cannot be allowed in the name of public order.

—The author is a retired IPS officer and an advocate. He is a columnist and a commentator